Dominion Energy is working to create a clean energy future with a 55 percent reduction in carbon emissions by 2030. 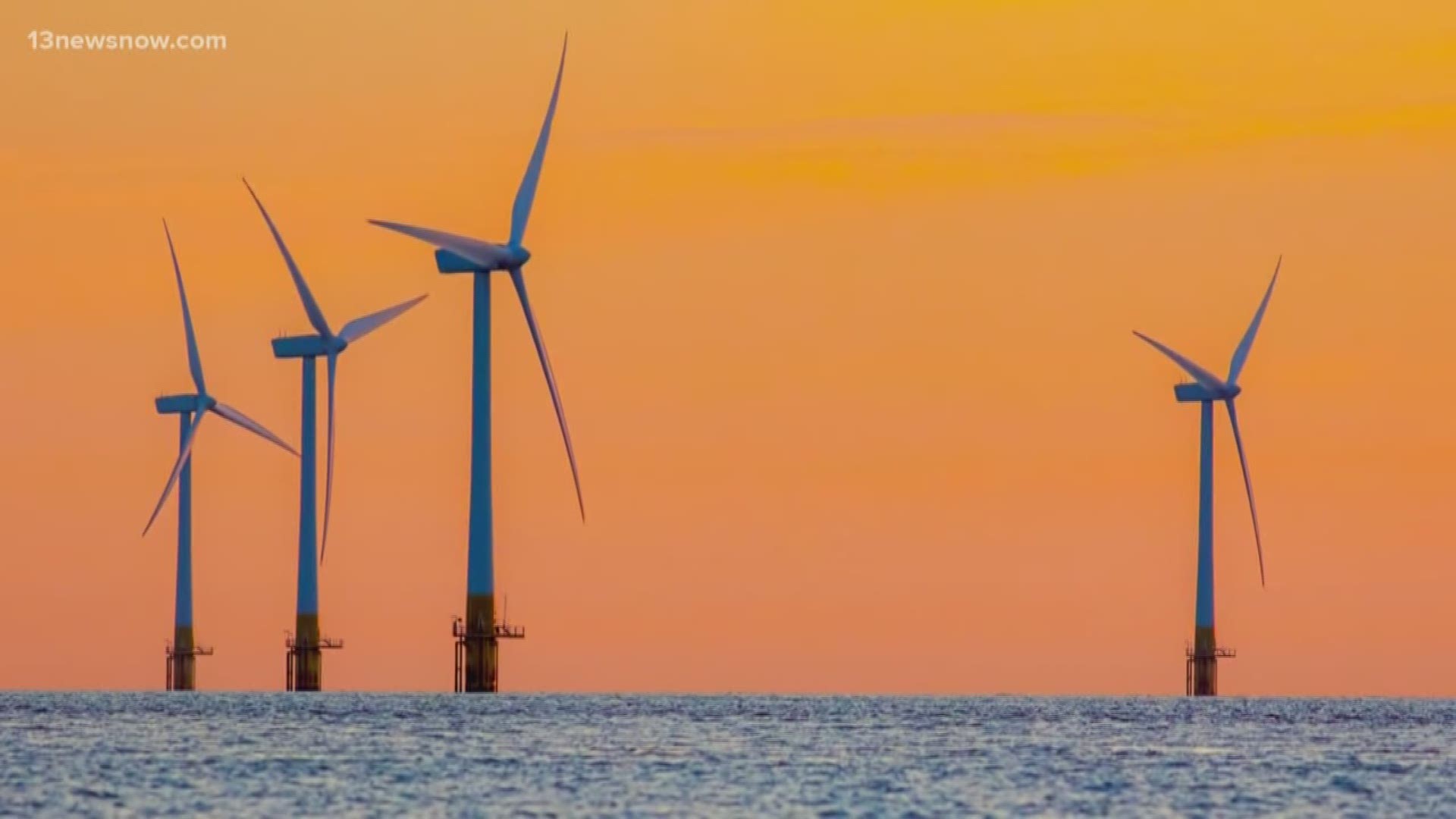 RICHMOND, Va. — Dominion Energy has proposed the largest offshore wind development in the country on Thursday.

The project, if approved, would provide more renewable energy to its customers in the Commonwealth, and it would provide a boost to the offshore wind industry on the East Coast.

Dominion Energy applied with PJM, the regional transmission organization that coordinates the electrical grid in all or parts of 13 states and the District of Columbia, to interconnect the proposed turbines to the transmission grid.

The company will work with the Northam Administration and other partners on next steps in public policy needed to realize both the clean energy and economic potential of offshore wind.

"Offshore wind is an excellent renewable energy source and this filing with PJM shows how serious we are about bringing commercial-scale offshore wind to Virginia, giving our customers what they have asked for – more renewable energy," said Mark D. Mitchell, vice president of generation construction. "Governor Ralph Northam has made it clear Virginia is committed to leading the way in offshore wind. We are rising to this challenge with this 2,600-megawatt commercial offshore wind development."

Dominion is already the first in the U.S. to begin setting up two fully permitted wind turbines in federal waters, with the Coastal Virginia Offshore Wind Project.

The company has already started the construction in June on the 12-megawatt CVOW project, which is the first fully permitted wind project in U.S. federal waters.

The company believes they can use the lessons learned to make from the first project to make this new larger one successful.

“I know it’s going to be applicable to the commercial project," said Mitchell.

This larger project also aligns with governor Ralph Northam’s announcement this week. Northam signed an executive order so all electricity will come from carbon-free sources, by 2050.

His goal is to reduce climate change while boosting the clean energy economy.

“Bringing in production facilities or just supporting offshore wind in general, up and down the east coast, and in Virginia particular will bring numerous jobs to the state," said Mitchell.

Dominion Energy is working to create a clean energy future anchored by a 55 percent reduction in carbon emissions by 2030. To make that happen, the company is investing in solar and wind energy partnered with zero-carbon nuclear and low-carbon natural gas. The company also has planned investments in battery storage, pumped hydroelectric storage and other resources that can support the intermittent nature of solar and wind.

If approved, the project would be located in the 112,800 acres Dominion Energy currently is leasing from the Bureau of Ocean Energy Management 27 miles off the coast of Virginia Beach. Following the key filing with PJM, ocean survey work is expected to begin in 2020 and a Construction and Operations Plan will be submitted in 2022.

As far as who’d pay for the project, Mitchell said that’s still undetermined, "before any costs are passed on to other customers it must first go through the State Corporation Commission review process."

However, the project could be approved as early as 2023.

Click here to learn more about the offshore wind project.