The two men were medevaced to Sentara Norfolk General Hospital to be treated for burn injuries. 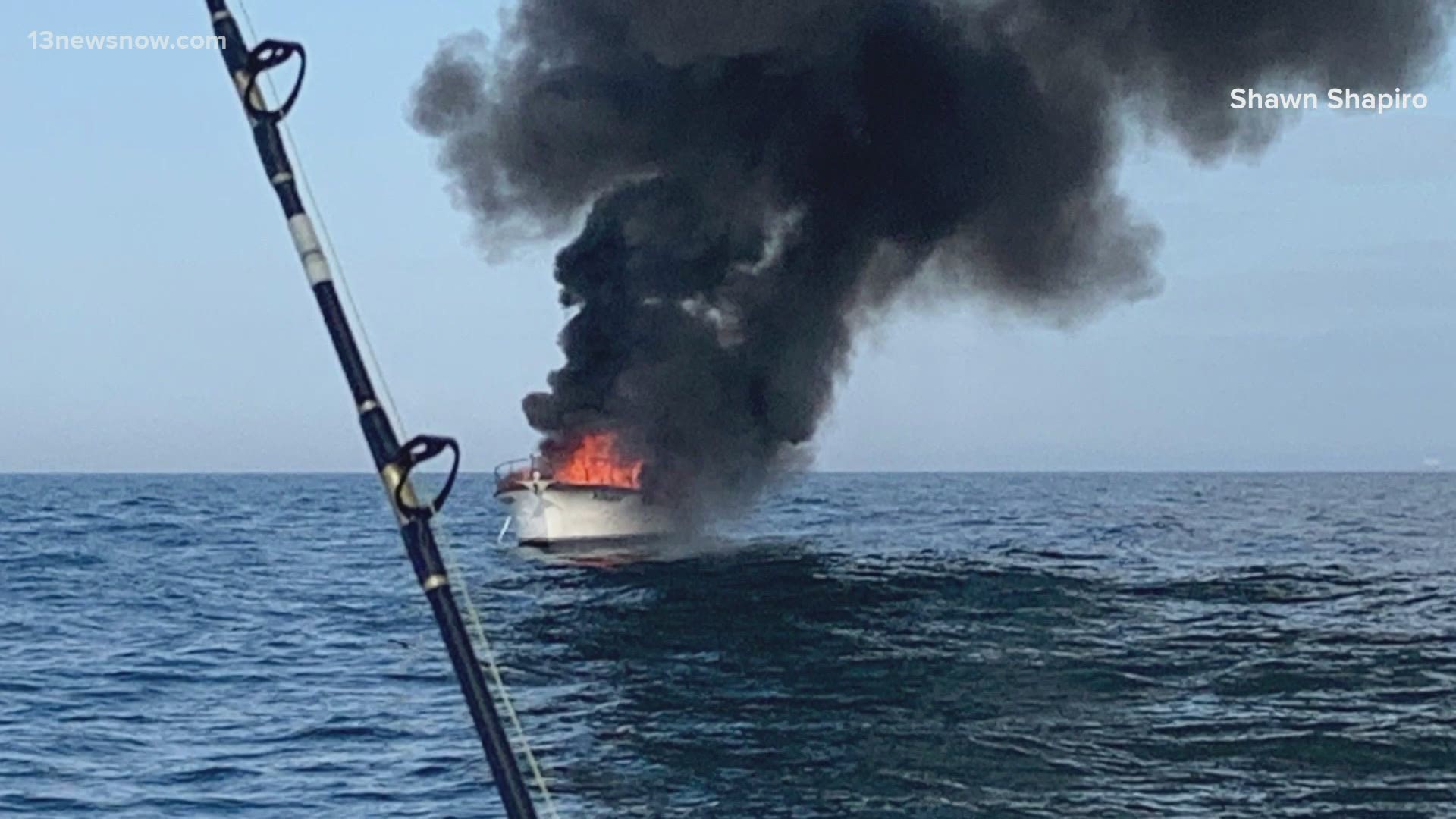 CAPE CHARLES, Va. — Three local fishermen are being called heroes after rescuing two people from a burning boat off the coast of Cape Charles on Tuesday.

The U.S. Coast Guard said it happened about 35 miles off of Fisherman Island.

“We thought there could be nobody on the boat,” explained fisherman Shawn Shapiro.

An offshore fishing trip turned into a rescue for three men.

Shapiro explained, “As we circled towards the back of the boat, that's when we noticed the two men holding on to the transom.”

“A typical Tuesday afternoon, we are all at work. It just happened to be a nice day, so we decided to go fishing,” said Clemens.

It’s a fishing trip that the three men will never forget. They ended up saving the lives of two men after their boat caught on fire while fishing.

“They held on for 30 minutes, for dear life,” Shapiro explained.

Shapiro said once they got the two men on their boat, Captain Clemens rushed to meet members of the Coast Guard, who were already on their way. The Coast Guard Cutter Dependable arrived on-scene and transferred the two boaters on board.

“Once we got to them, they dropped their lifeboat, and had EMTs come over to our boat, look at the two guys get them off the boat, and back on to their lifeboat. The helicopter came and met them,” he explained.

The helicopter -- an MH-60 Jayhawk aircrew -- medevaced the mariners to Sentara Norfolk General Hospital, where they were treated for burn injuries.

Lieutenant Commander, Erica Elfguinn said, "The coordination between Coast Guard assets and the good sam[aritan] who retrieved the two individuals from the water was critical in the life-saving aspect of this case."

“I don’t think any of us feel like we did anything special, then just doing what a person should do when they needed you,” explained Clemens.

The family of the two men already reached out to thank the three fishermen. Shapiro said he was told the one man is out of the hospital, and the other is still getting treated for burns.

He explained, “They are the heroes. It’s not us. The courage they had to hold on to the back of that boat is amazing. They were true waterman, true waterman.”

PHOTOS: Fishermen rescue two from burning boat off the coast of Cape Charles