Gov. Northam just signed the Voting Rights Act of Virginia. Here's the protections it offers voters in the Commonwealth.

As some states introduce voting restrictions, Virginia wants to move forward in a different direction. 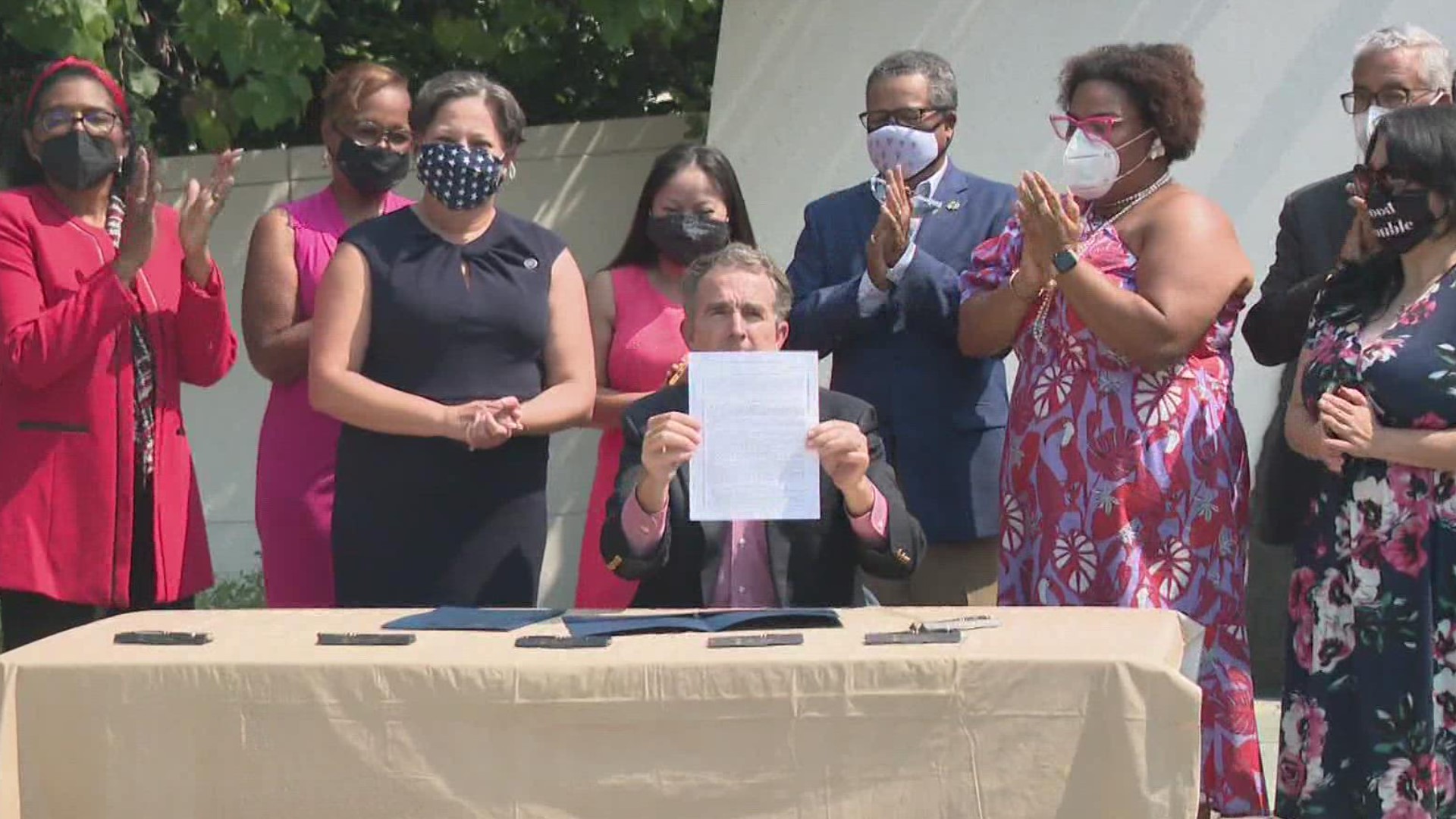 Those words hang from a banner at the corner of Jefferson Avenue and 25th Street in Newport News. Just feet away at the Martin Luther King Jr. Plaza, a new kind of history was made for Virginians voting rights for generations to come.

“We want to support everything we can do, to make sure people support democracy, and exercise their right to vote," said Gov. Ralph Northam, officially signing the Voting Rights Act of Virginia.

Northam first approved the new legislation in March, but put pen to paper at a ceremony at the Newport News park Monday.

As some states are putting into place voting restrictions, Virginia is improving its access for all eligible voters.

"In other states we’re seeing strict restrictions on voting access, where you can’t even give food or water to people waiting to vote," State Del. Marcia Price told 13News Now.

She was the lead sponsor for the House Bill version of this legislation.

The bill prohibits any form of voter discrimination, and gives Virginians the power to sue over cases of voter suppression.

But in the eyes of Price, one of the biggest changes from the act is the required approval and feedback of any voting changes made at the local level.

“If a locality wanted to change a polling precinct and it’s right on a bus line, the community that would be impacted by that change, can say, 'Hey this is not as accessible,'" Price explained.

It’s been a year of many firsts for Virginia, the first state in the south to legalize marijuana, abolish the death penalty as well as declare racism a public health crisis.

“Everybody should be allowed without any obstacle, anybody trying to suppress the right to vote, everybody should have that opportunity,"  Northam said.

The money collected from penalties over voter discrimination will also go toward the newly-created Voter Education and Outreach Fund.