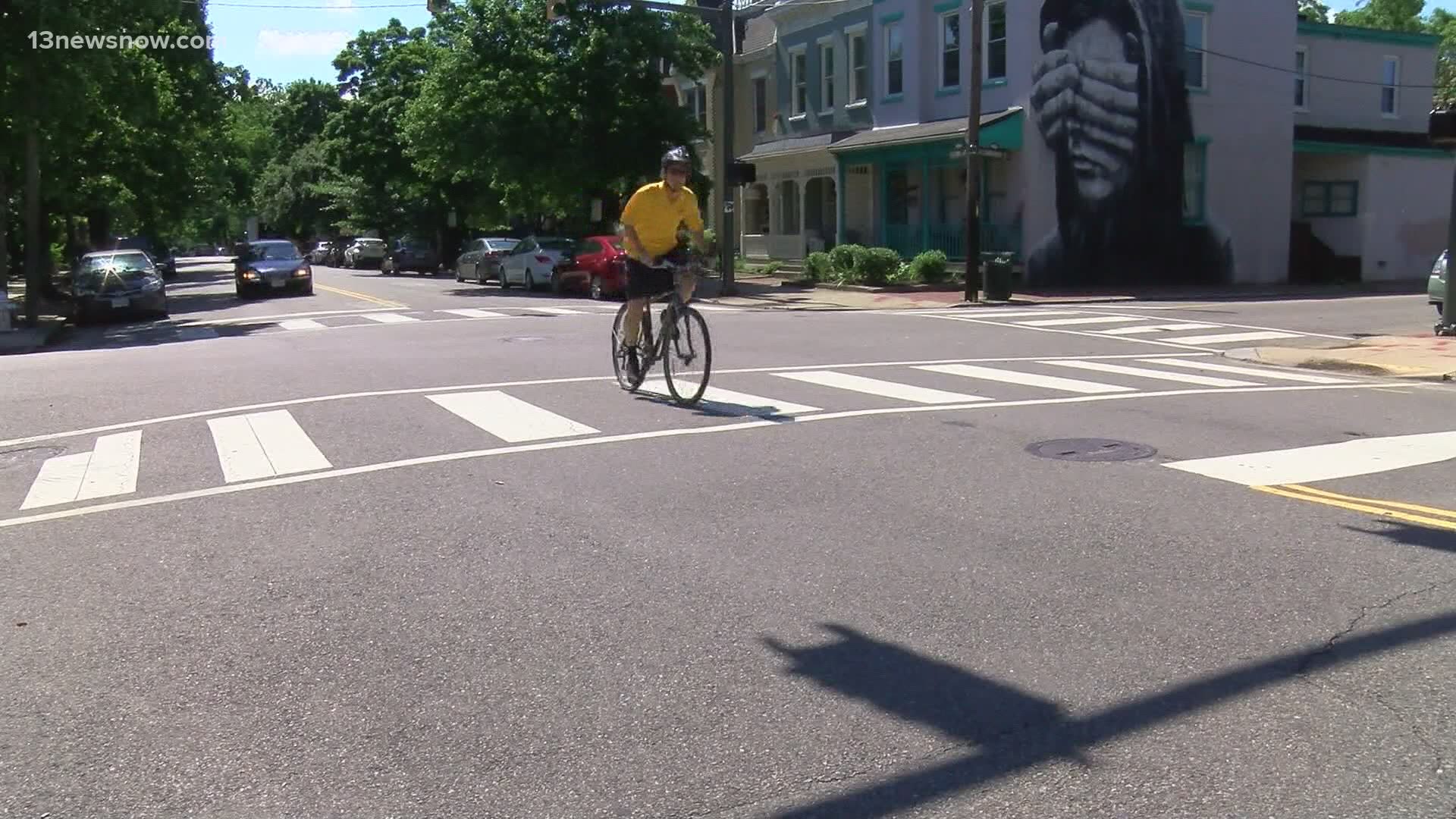 NORFOLK, Va. — A new state law aims to protect cyclists on the streets.

“Just share the road. It’s not hard. But not sharing the road can be deadly,”  said Jacob Powell of Norfolk.

Powell bikes to work daily in the Ghent area. For the most part, he feels safe on his commute. But every once in a while, he says drivers grow impatient, honk, and get too close for comfort.

"No one likes being slowed down on a bike, but I have just as much of a right to the road as that vehicle does," he said.

However, Powell will feel even safer after a new state law rolls into effect Thursday.

If a driver wants to pass a cyclist and their lane is not wide enough for three feet between their car and the bike, the new law requires drivers to change lanes when safe.

In 2020, the DMV reported 560 bike crashes, and eight people died. DMV Commissioner Richard Holcomb said the new law makes it safer for bicyclists by providing more space between them and larger vehicles.

“We all share our roads and we all share the responsibility to look out for each other,” said Holcomb.

The law also allows bicyclists to ride as a pair, side-by-side.

Powell appreciates the changes, but questions how it will be enforced.

At the end of the day, when it comes to cars and bicycles, he says the road is big enough for both of them.