Gov. Ralph Northam tweeted that at D.C. Mayor Muriel Bowser's request, he would send "members of the Virginia National Guard along with 200 Virginia State Troopers." 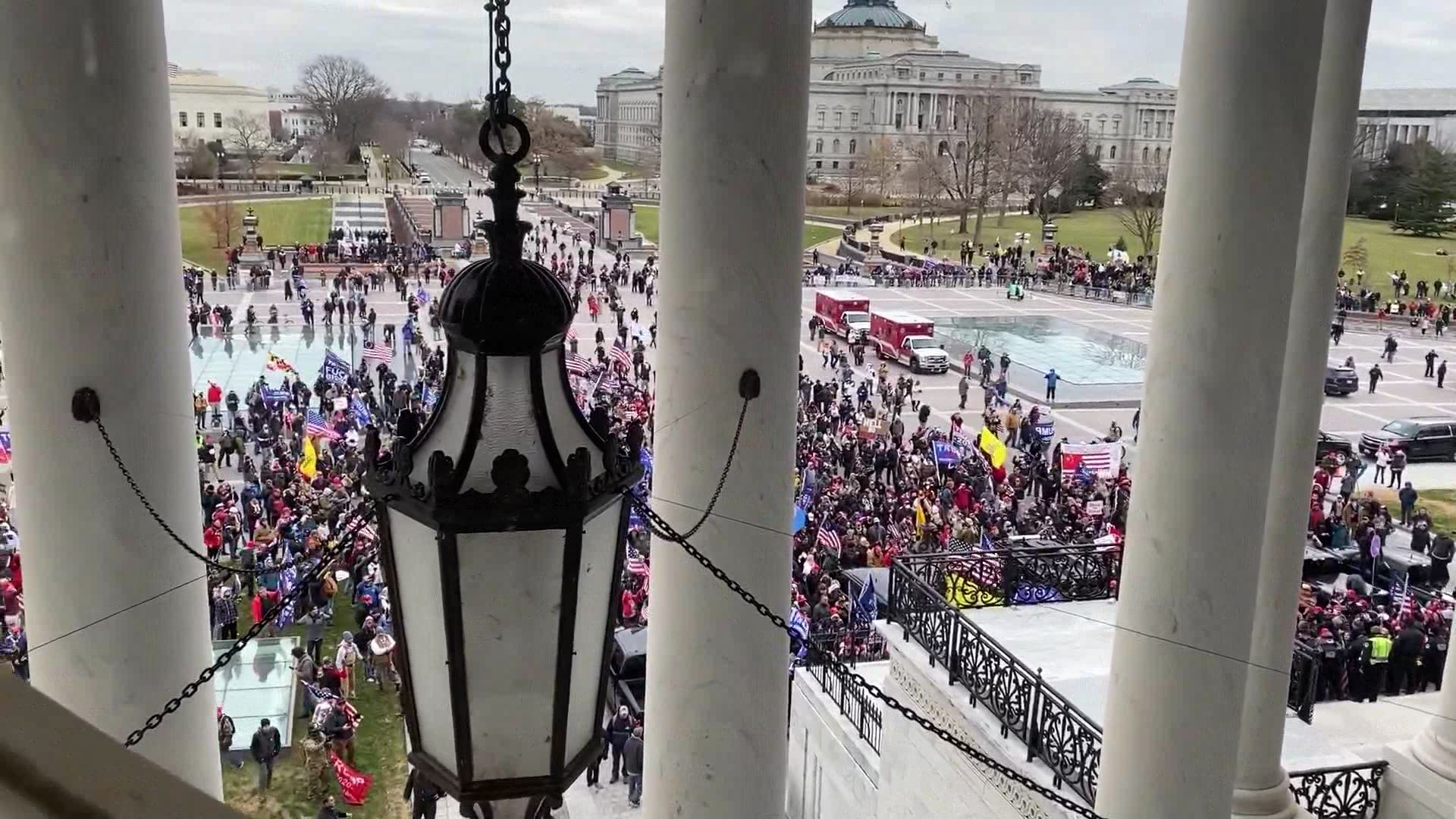 WASHINGTON — Virginia Governor Ralph Northam says he is sending 200 state troopers and members of the state National Guard to the U.S. Capitol.

Northam tweeted that at D.C. Mayor Muriel Bowser's request, he would send "members of the Virginia National Guard along with 200 Virginia State Troopers."

The announcement came amid violence and pro-Trump protests that have caused U.S. Capitol Building to go under a lockdown. Bowser has imposed a city curfew, beginning at 6 p.m.

My team and I are working closely with @MayorBowser, @SpeakerPelosi, and @SenSchumer to respond to the situation in Washington, D.C.

Per the Mayor's request, I am sending members of the Virginia National Guard along with 200 Virginia State Troopers.

Northam later tweeted that he was declaring a curfew in Alexandria and Arlington County similar to the one issued by Bowser in D.C. The tweet said with few exceptions, the curfew was in place from 6 p.m. to 6 a.m. Northam also declared a state of emergency in Virginia so that the state could continue to respond to the need.

At the request of @AlexandriaVAGov and @ArlingtonVA, I am declaring a 6PM to 6AM curfew in these jurisdictions, with limited exceptions.

I am also issuing a State of Emergency in Virginia, so we can continue to respond.

.@GovernorVA has approved Virginia National Guard support to law enforcement to Washington, D.C. For operational security reasons, we will not release details on the number of personnel, staging locations or timelines.

Guard troops from D.C.'s border states started to move in after the Department of Defense first denied D.C National Guard troops to be deployed to the Capitol, according to the D.C Council in a statement to WUSA9.

Shortly after President Trump addressed his supporters vowing "never to concede" the election in a speech on the Ellipse, large crowds of pro-Trump protesters marched to the U.S. Capitol and squared off with Capitol Police.

Protesters broke through several barriers placed at the steps of Capitol, while the certification of Electoral College votes began inside.

Protesters took control of the top of the steps that are entrances to the House and Senate chambers on the back of the Capitol.

WUSA9 contributed to this report.