SPLC: Over 100 Confederate symbols down since May

Virginia has taken down the most monuments and statues, with 40 removed so far. 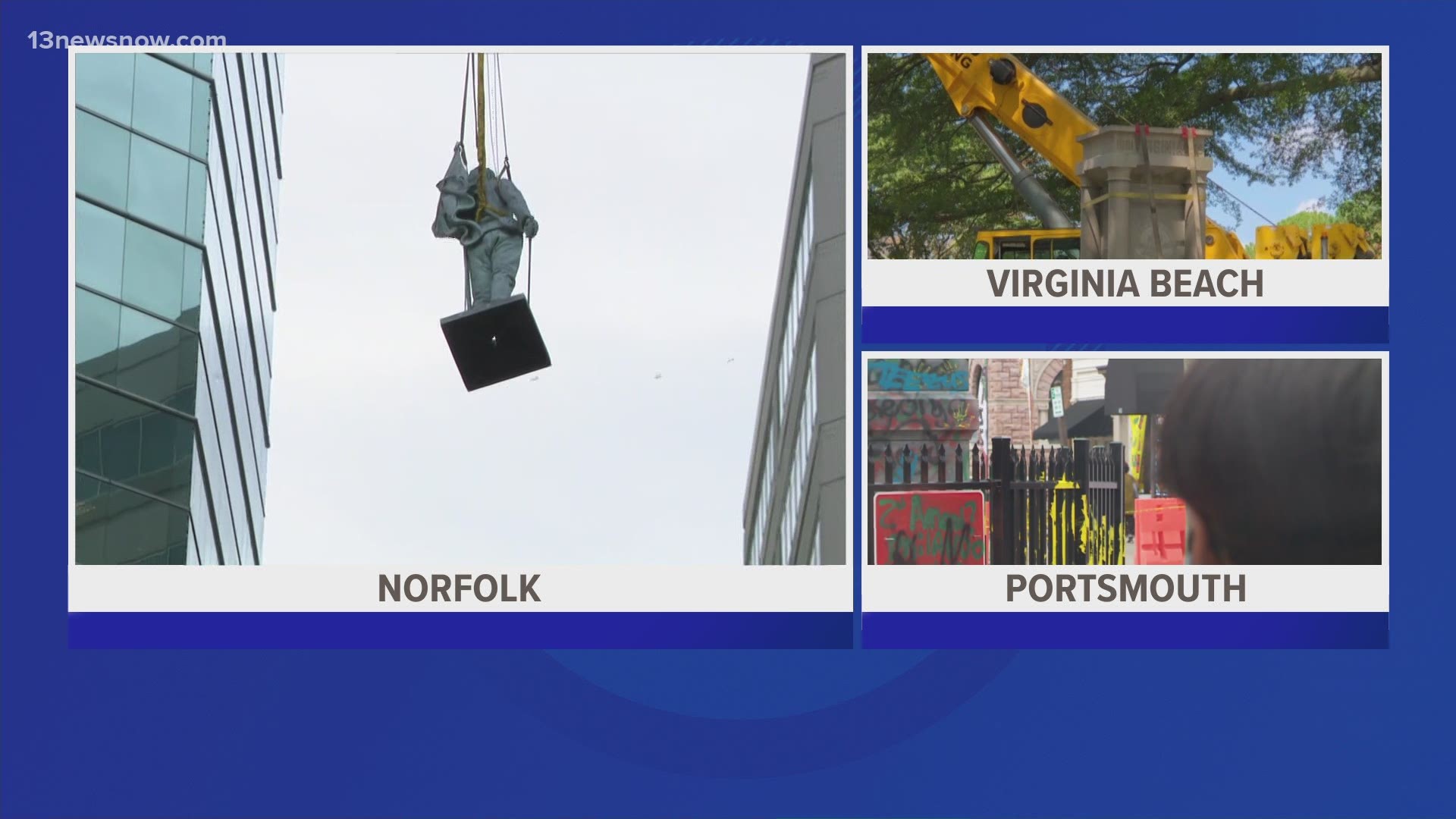 According to the Southern Poverty Law Center, 102 Confederate monuments and statues have been removed across the country since May.

Virginia accounts for 40 of those -- the most in the country -- followed by North Carolina with 18.

Several monuments were removed from right here in Hampton Roads. Norfolk took down its "Johnny Reb" statue in June. Crews in Virginia Beach took down the statue outside the Olde Princess Anne County Courthouse in July, and Portsmouth started taking down its monument on Court Street in August.

The monuments are being held in storage for now.

Nearly 1,800 symbols of the #Confederacy still remain in public spaces across the country.

Newport News and Williamsburg are also in the process of deciding where to relocate their monuments.

It hasn't stopped there. Two local school districts have started the process to reconsider the names of several schools.

The Newport News School Board voted to rename four schools tied to slavery, the Civil War, and segregation. Those are Epes, Lee Hall, and Nelson Elementary, as well as Dozier Middle School.

The name change won't happen until next year, and it will cost about $100,000 per school.