Lt. Col. Paul Voss, 46, was killed along with another airman aboard a Bombardier E-11A aircraft when it went down over Ghazni Province. 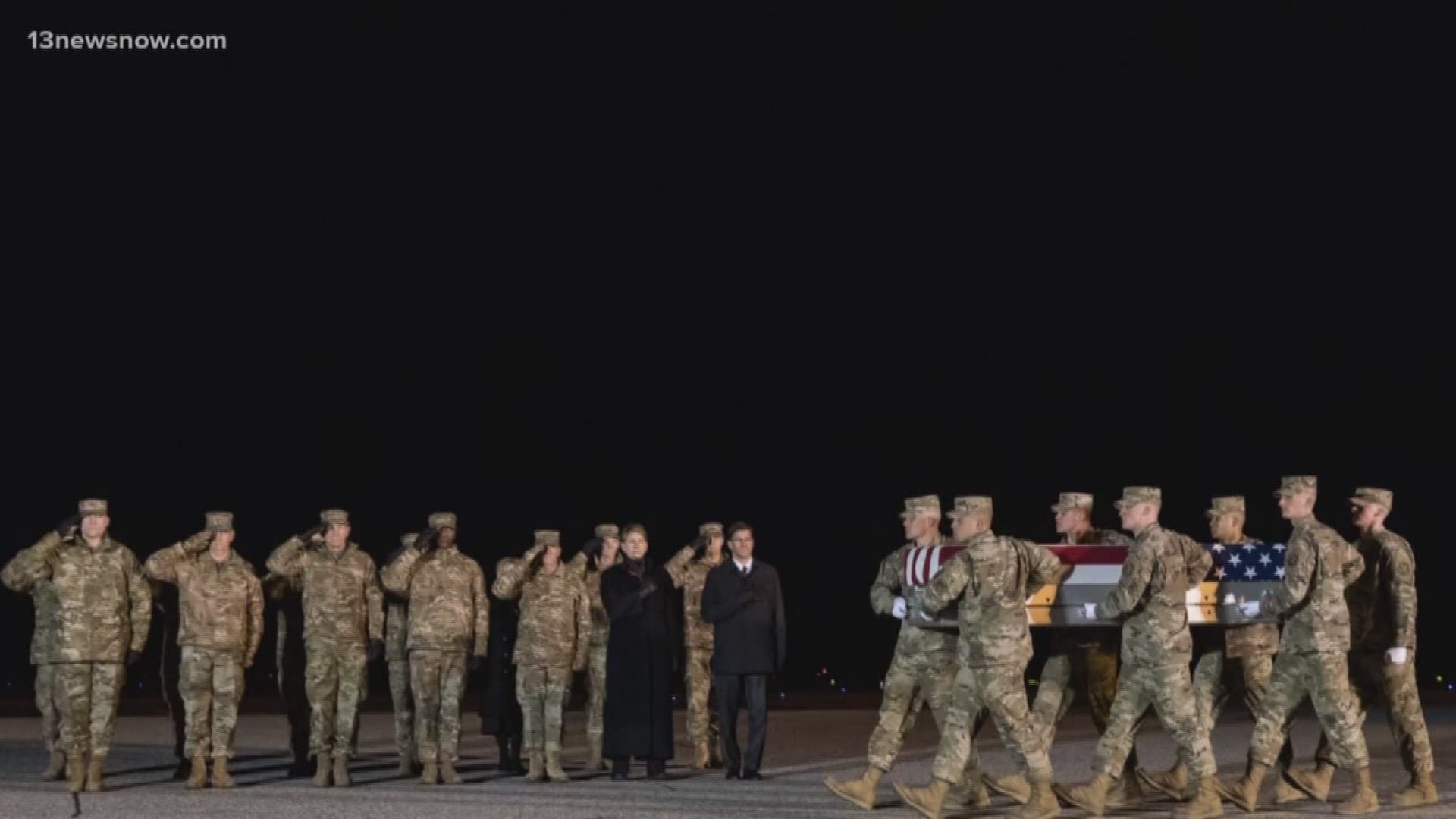 NEWPORT NEWS, Va. — Fellow service members that worked with Lt.Col. Paul Voss are remembering the Langley-based airman who died in a jet crash in Afghanistan on Jan. 27.

Voss, 46, was on a voluntary deployment to Afghanistan from the Air Combat Command staff at Joint Base Langley- Eustis.

He was one of two airmen killed aboard a Bombardier E-11A aircraft when it went down over Ghazni Province.

"He's been gone for 5 months but we won't see him again and I think that was the hardest part," said Matthew Erichsen, deputy chief, operations division.

"It was a crushing, devastating blow to the division," said Col. John Lussier.

Voss's remains were transferred to Dover Air Force Base on Thursday.

The husband and father was also known as "Tabbs."

"Every picture you see he's smiling, and he projects that to everything," said Lt. Col. Jeffrey Satterfield, exercise branch chief.

"They should be proud of what he did and the honor he brought to his service."

Those who knew Voss said he wasn't afraid of a challenge. He was energetic and great at making people laugh.

Commander of the Air Combat Command said in a statement, "the men and women of our Air Force knowingly put themselves in harm's way, and I'm thankful for great Americans like them."

The cause of the crash is under investigation. Military officials said there are no indications that anyone shot the aircraft down.