Unsung hero from WWII remembered in book, on TV 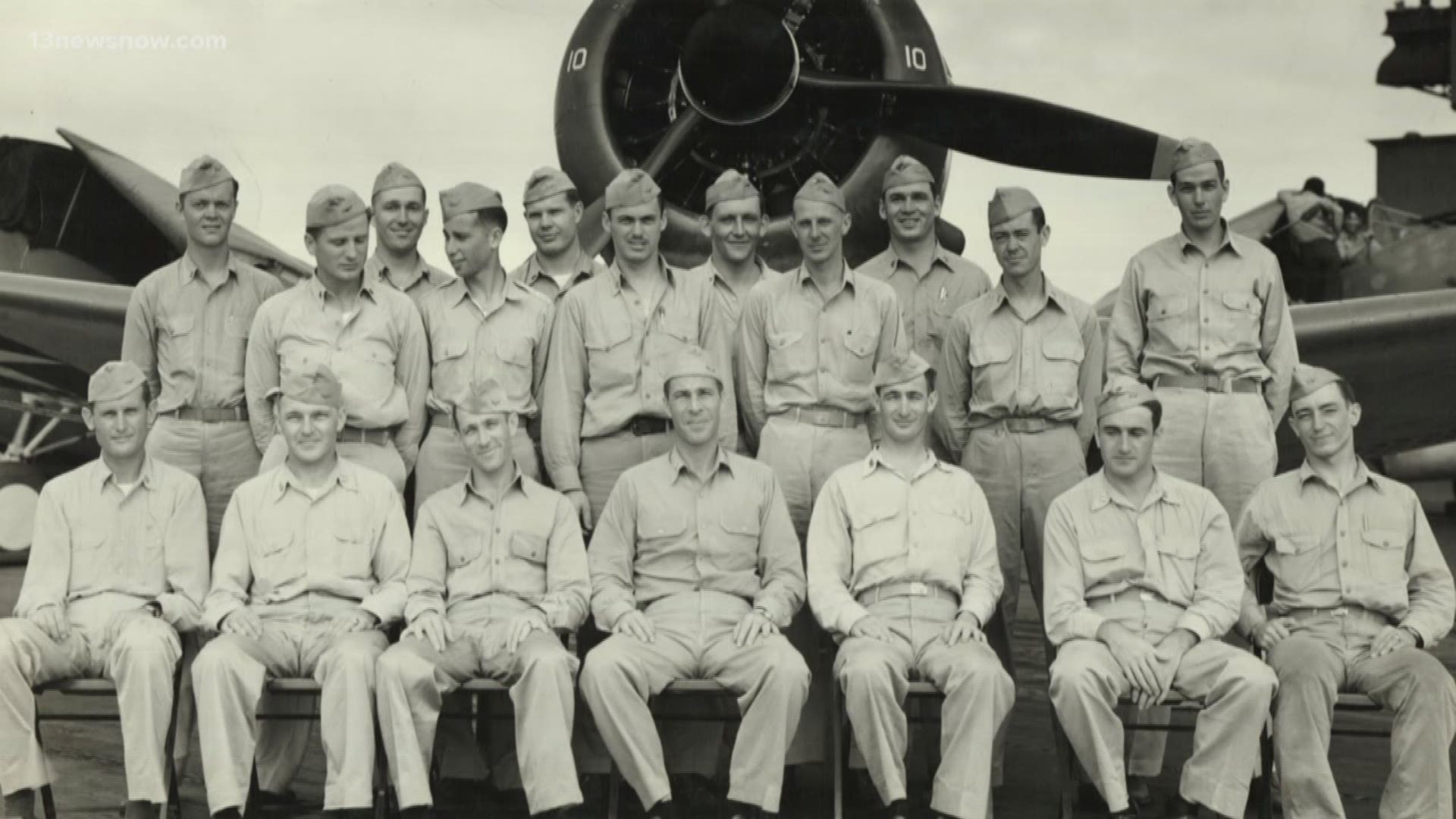 NORFOLK, Va. — Dusty Kleiss tried -- and mostly succeeded -- in keeping a lid on his story. But it had to be told.

"Without him, perhaps -- and I emphasize the word perhaps -- perhaps the United States might not have won the battle," said Old Dominion University Associate Professor of History Tim Orr.

"Arguably, he's one of the most important characters of the battle," said Orr. "He's the only pilot to score three direct hits during the engagement. And though he would shudder to think about this, he probably killed more Japanese sailors than anyone in the air on June 4th, 1942."

Orr co-wrote the book Never Call Me a Hero: A Legendary American Dive-Bomber Pilot Remembers the Battle of Midway, bringing attention to a humble guy who didn't really seem to want it.

"He's not a household name in any way, shape or form," said Orr. "This is something he wanted in his life. He tried not to play up his role in the battle."

Orr and his co-author wife Laura will be featured Monday, Veterans Day, on the Smithsonian Channel, talking about Dusty in a show called "Battle of Midway: The True Story."

As for Kleiss, he retired in 1962 as a captain and went on to become a high school math and chemistry teacher in West Virginia and lived until age 100, passing away in 2016.