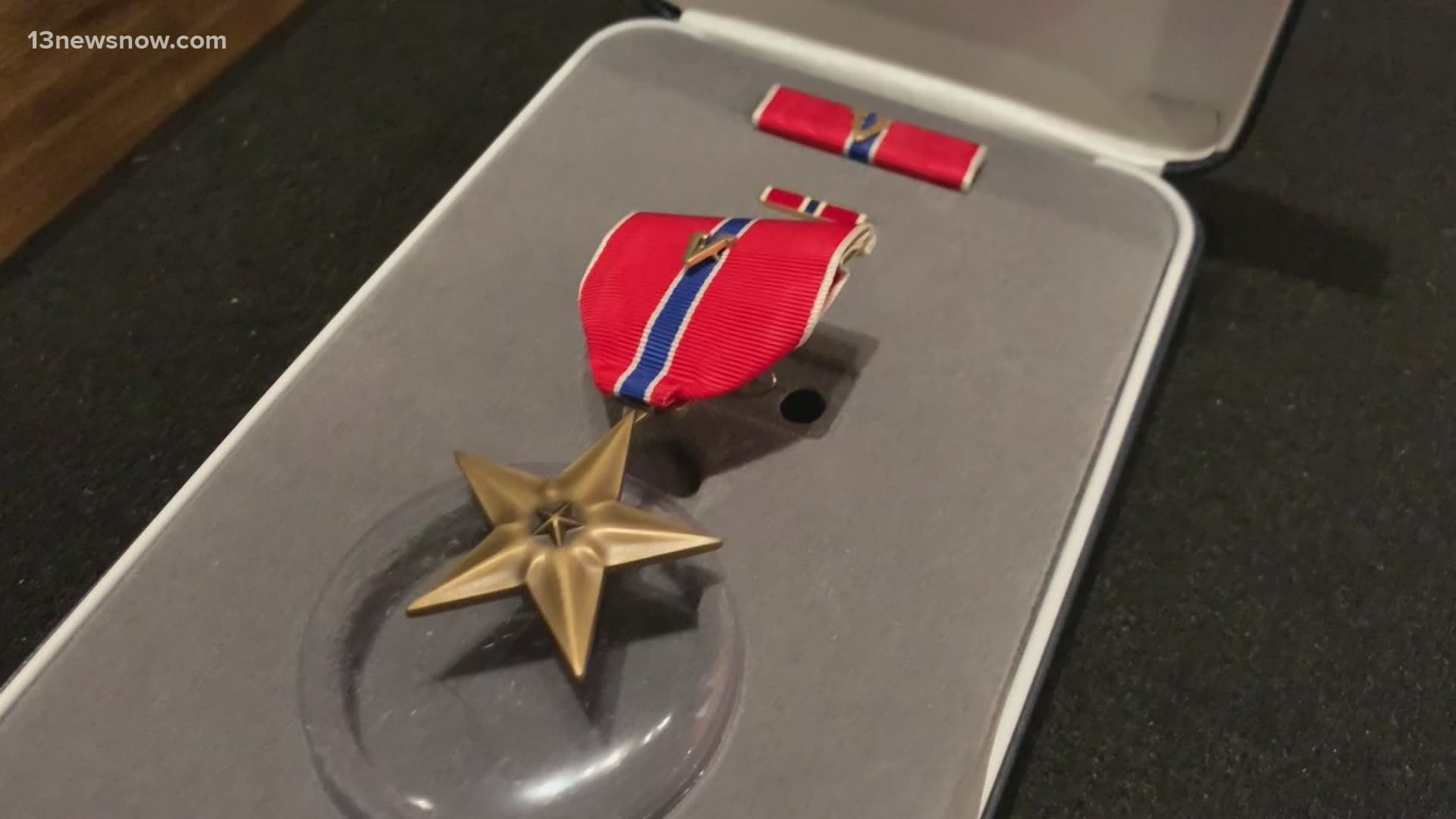 This award was given for his brave actions on February 23, 1971, during the Vietnam War. Mallory's gun truck, Brutus, was attacked and his team was seriously hurt. He was able to drive them to safety but rarely talked about that day after getting home.

Mallory thanked his family, especially his wife, for being the support he needed to make it to see this special day.

"She still didn't know a whole lot," Mallory said. "She's been a big inspiration to me. She made my life come out more and... stuff that I was going through, she helped me through it."

"For exceptional achievement on 23 February 1971 while serving as the driver and grenadier of a gun truck what had been targeted for destruction by the enemy.  During convoy security operations, his company was ambushed and took on heavy gunfire by a superior hostile force in the Binh Dinh province of the Republic of Vietnam.  Without hesitation Specialist Four Mallory executed a turn and pushed a burning gallon fuel truck from his path, so that he could rush his wounded crew members to safety and medical attention. Specialist Four Mallory's bravery and professionalism is in keeping with the highest traditions of military service and reflect great credit upon him, his unit and the United States Army."