The defense secretary said he does not support President Donald Trump invoking the Insurrection Act. 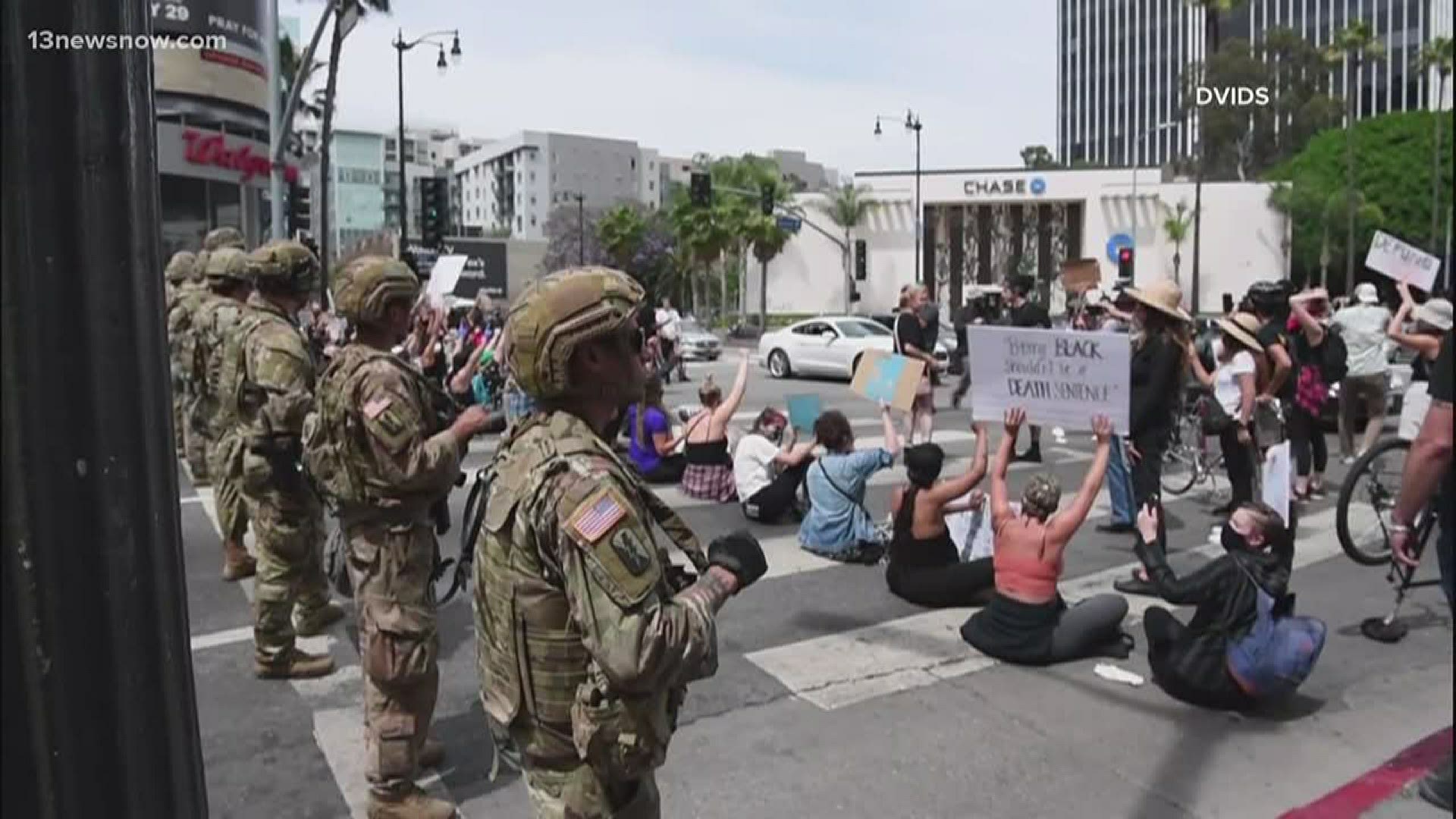 WASHINGTON — With more than 100,000 National Guard Troops already deployed in nearly two dozen states, President Donald J.Trump this week repeatedly has threatened to send in the active duty military, a move that would require Trump to invoke the more-than-200-year-old Insurrection Act,

But Defense Secretary Mark Esper argued against that idea Wednesday.

"The option to use active duty force in a law enforcement role should only be used as a matter of last resort and only in the most dire situations," Esper said. "We are not in one of those situations now. I do not support invoking the Insurrection Act."

Esper also backtracked on comments he made earlier in the week, in which he described protest sites as a "battle space."

The secretary said, "In retrospect, I would use different wording so as not to distract from the more important matters at hand or to allow some to suggest we are militarizing the issue."

U.S. Senator Tim Kaine of Virginia planned to introduce an amendment to next year's National Defense Authorization Act to defund the use of military force against American citizens exercising their First Amendment rights.

"The President is wanting to turn the American military against Americans who are peacefully protesting on domestic soil, which they have every right to do. I can tell you, this is not what the United States military is for," Kaine stated.

CNN said Esper was on "shaky ground" after he made the comments.

Late Wednesday, White House Press Secretary Kayleigh McEnany said, "As of right now, Secretary Esper is still Secretary Esper, and should the president lose faith, we will all learn about that in the future."