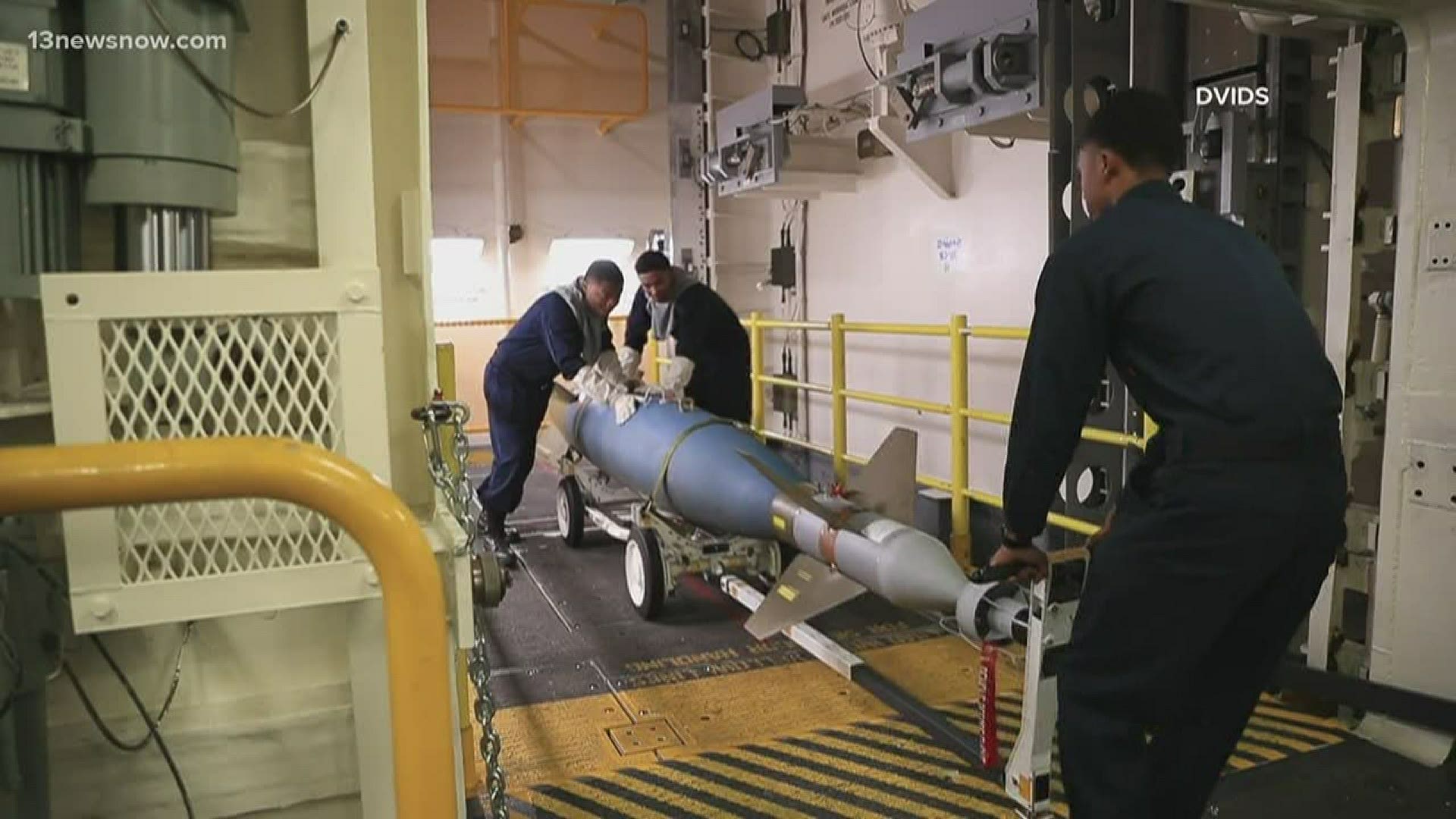 A new report from the GAO this week says "The Navy is still struggling to demonstrate reliability of key systems."

The document highlights the ship's advanced weapons elevators. Only five of the 11 elevators work, "which means the elevators are still not capable of bringing munitions to the flight deck," the report states.

The Navy has promised to complete work on the elevators by Spring of 2021.

The GAO states that the total cost for the Ford is now $13.2 billion. That's an increase of $197 million that is due, the report says, "in part to correct deficiencies in the elevators."

The section on the Ford is just one page in the GAO's 241-page "Defense Acquisitions Annual Assessment," which looked at 121 different military weapons systems.

"You know, maintaining cost and schedule and capabilities during this time and making sure we're going to get what we pay for is going to be critical," said Shelby Oakley, a Director in the GAO's Contracting and National Security Acquisitions team.

She said the Pentagon has made some good progress controlling cost and schedule overruns on program like the Ford, but much work remains to be done.

Which, in this case, would be a ship that simply works.

RELATED: Debating the past, questioning the future of USS Ford-class of carrier