The testing at Naval Station Norfolk will focus on ship-wide/pier connectivity at the base. 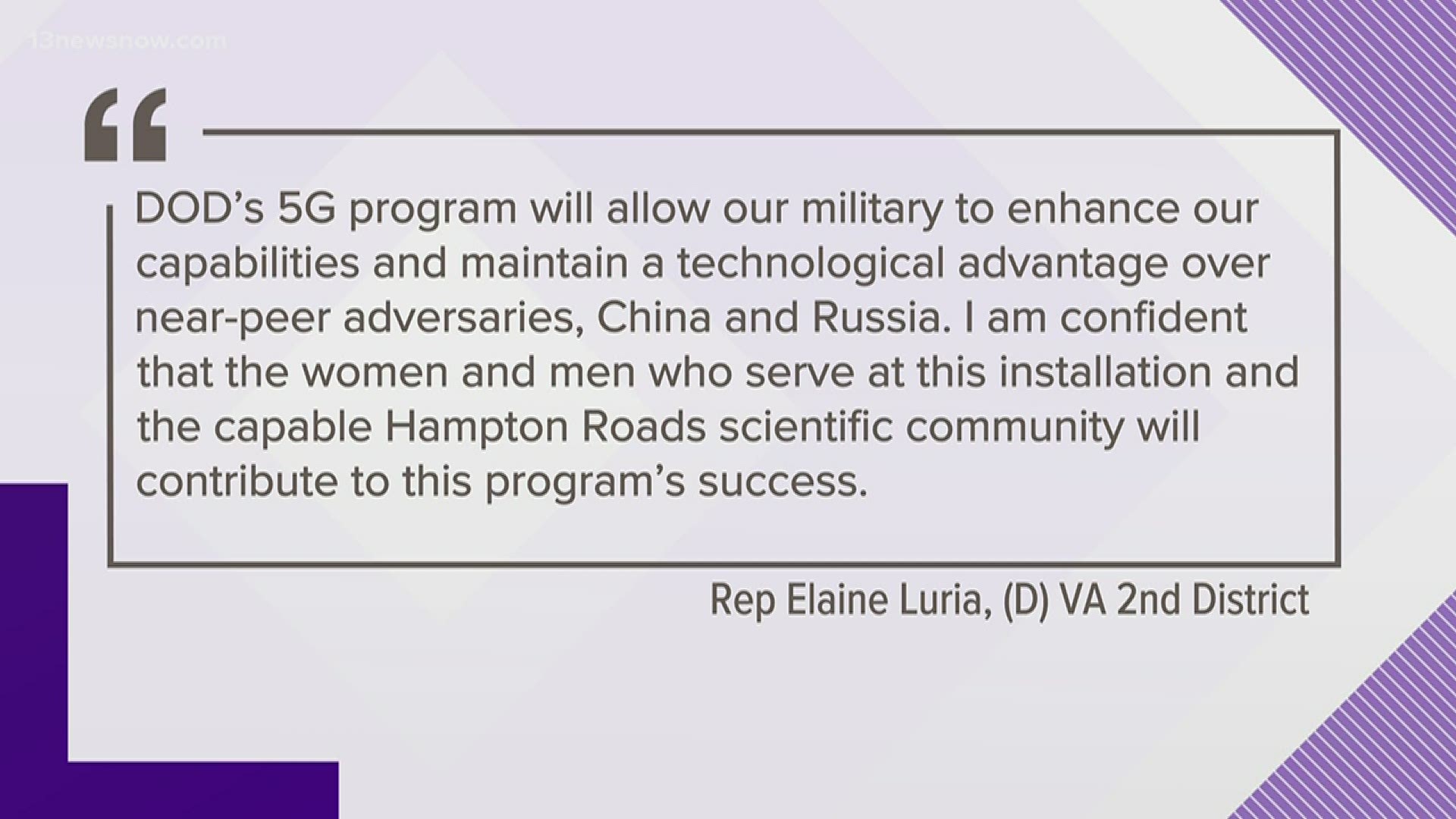 That brings the total number of military installations testing 5G to 12.

The testing at Naval Station Norfolk will focus on ship-wide/pier connectivity at the base.

"I am encouraged to hear that the Department of Defense (DOD) has named Naval Station Norfolk as one of six new sites to conduct experimentation and testing of fifth-generation (5G) communications technology," Democratic Rep. Elaine Luria (VA-02) said in a statement.

She went on to say, "DOD’s 5G program will allow our military to enhance our capabilities and maintain a technological advantage over near-peer adversaries, China and Russia. I am confident that the women and men who serve at this installation and the capable Hampton Roads scientific community will contribute to this program’s success."

In addition to Naval Station Norfolk, other military installations that will begin testing 5G are:

RELATED: VERIFY: There is no link between past wireless technology upgrades and disease outbreaks