He opposed civil rights, yet John C. Stennis has a Navy aircraft carrier named in his honor 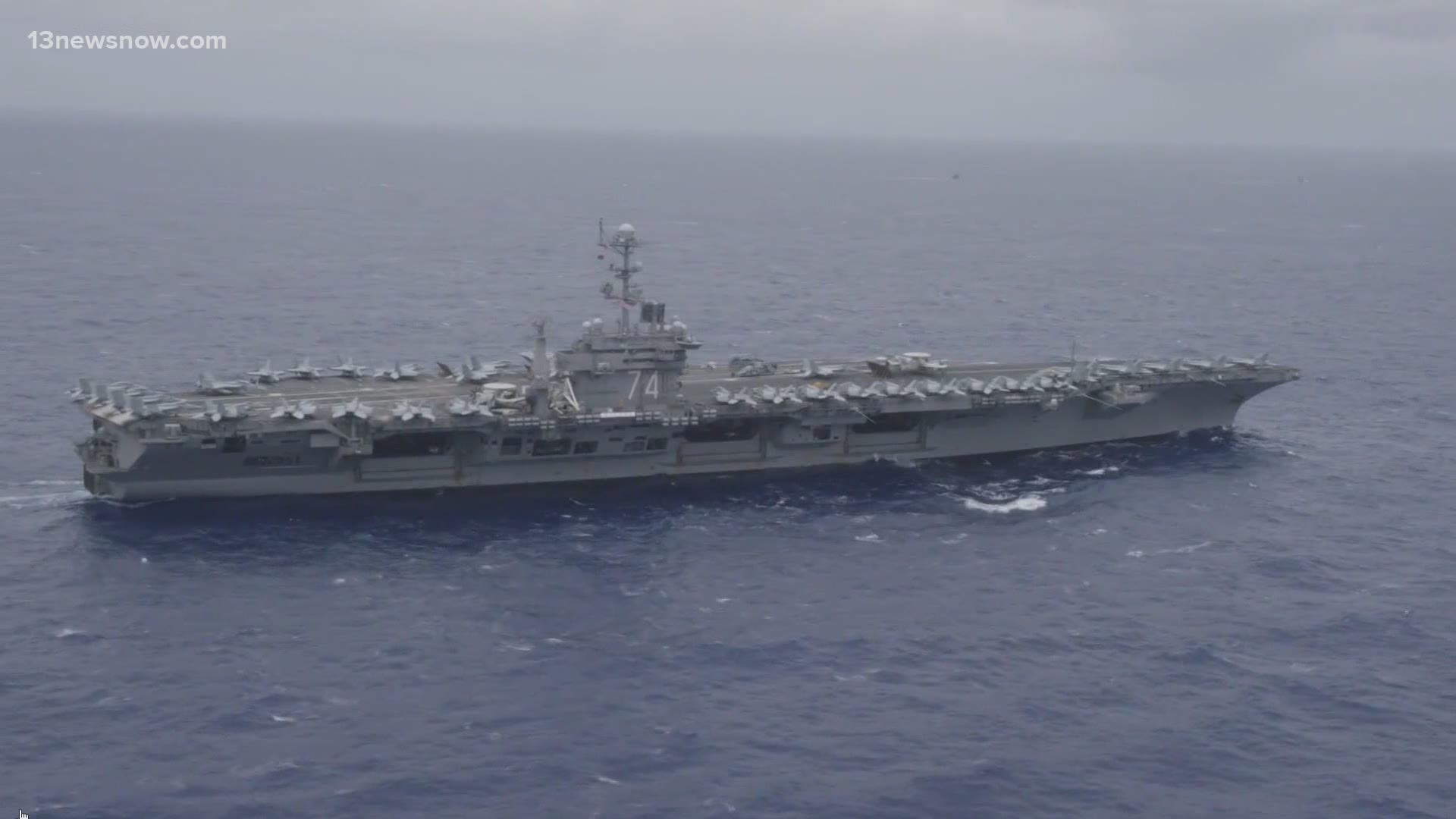 NORFOLK, Va. — As the nation grapples with uncomfortable racial truths following the death of George Floyd, the military continues to be scrutinized.

Until now, the focus has been on the country's 10 Army posts named for Confederate generals from the Civil War. But now, the Navy is facing questions about one its aircraft carriers, named after a man who repeatedly opposed civil rights advances in this country.

The late John Cornelius Stennis was one of the authors of the "Southern Manifesto" condemning the Supreme Court's 1954 school desegregation decision. And that's not all he did.

Despite all that, President Ronald Reagan in 1988 ordered that the aircraft carrier CVN-74 would be named after Stennis, who had served as Chairman of the Senate Armed Services Committee.

"It is critically important that this matter be looked at very seriously," said Dr. Michael Clemons, Professor of Political Science and African American Studies at Old Dominion University. "My suspicion is that Navy sailors and officers may not have had an in-depth knowledge about John C. Stennis and the fact that he was an arch segregationist who was opposed to  civil rights."

Clemons hopes a name change might be in order.

"Stennis really has a very difficult background to justify maintaining the name of that vessel after him," he said. "Certainly there are some people who are more worthy."

Like African American World War II hero Doris Miller, for whom the Navy this year named its next aircraft carrier, CVN-81.