One carrier left for exercises and didn't come back. Now, the USS Dwight D. Eisenhower Strike Group is deployed

The Navy confirmed that the Ike, along with five other ships, deployed officially. It didn't say where they're headed. 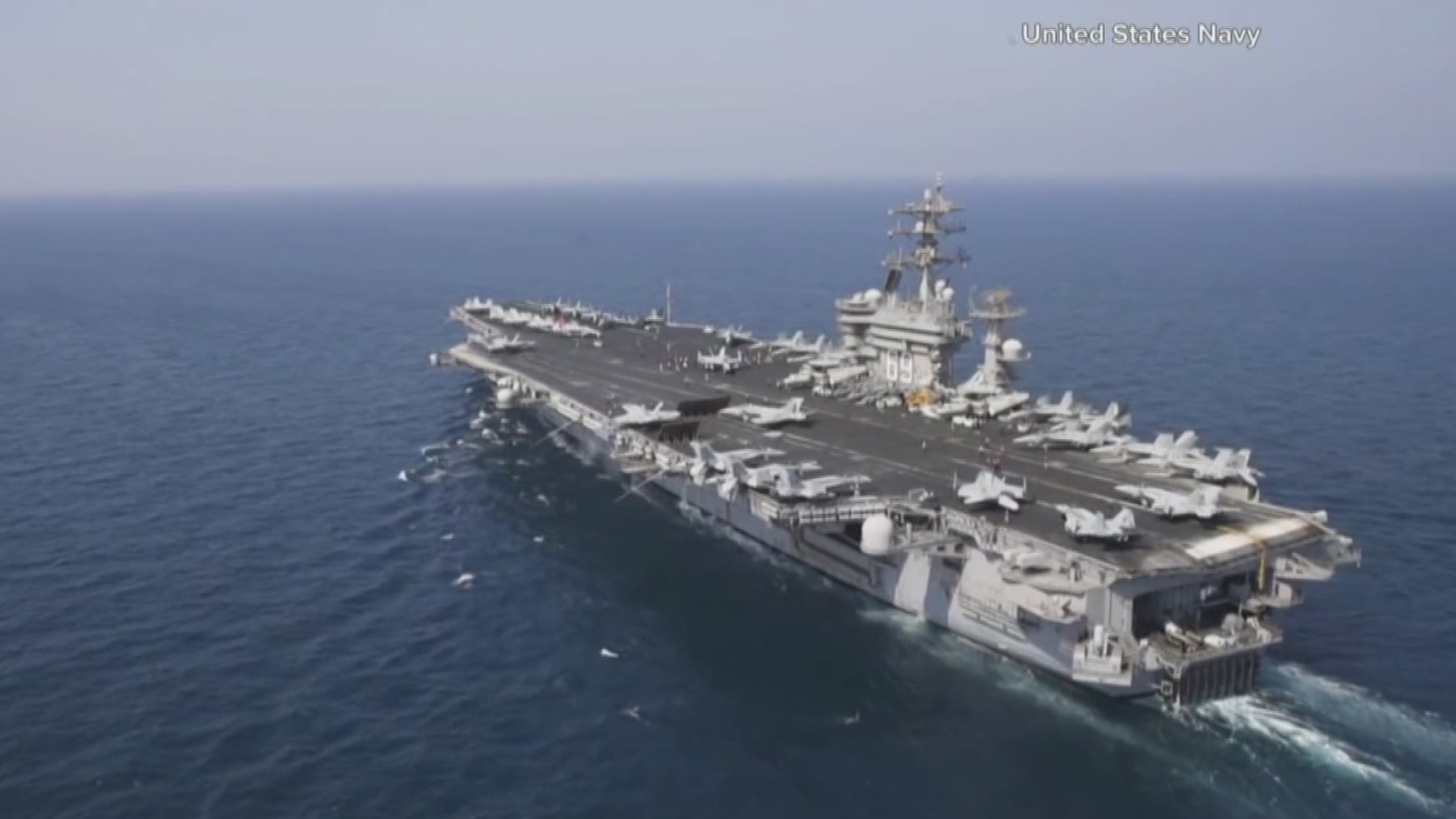 NORFOLK, Va. — It may be the new normal.

For the second time in recent months, a Navy aircraft carrier strike group left for exercises and didn't come back.

This time, it is the Norfolk-based USS Dwight D. Eisenhower Carrier Strike Group.

In a posting on the Ike's Facebook page on Thursday, the Chief of Naval Operations Adm. Mike Gilday wrote: "Godspeed to the men and women of the Eisenhower Carrier Strike Group who deployed today. The work these sailors do in the coming months will ensure continued freedom of the seas and the liberties we enjoy at home."

In late November, the USS Harry S. Truman did the same thing, leaving for exercises and never returning. The Navy announced after the fact that Truman had deployed. It is now operating n the North Arabian Sea.

The Navy is not saying where the Eisenhower is bound.

"'The Sailors of IKE Strike Group are trained and ready to execute the full spectrum of maritime operations in any theater,' said Rear Adm. Paul Schlise, commander, Carrier Strike Group 10. Carrier Strike Groups are visible and powerful symbols of U.S. commitment and resolve to our allies and partners, and possess the flexibility and sustainability to fight major wars and ensure freedom of the seas.

"COMPTUEX is designed to fully integrate CSG-10 as a cohesive, multi-mission fighting force, and test the group’s ability to carry out sustained combat operations from the sea. During IKE’s COMPTUEX, several international allies, including ships from the Royal Canadian Navy, the French Navy and the Danish Navy supported and were integrated into the exercise.

"'There is simply no substitute for our integration among our Navies,” said Vice Adm. Andrew Lewis, commander, U.S. 2nd Fleet. “It is the bedrock of our ability to assure our allies, respond to threats and enable global operations. Our Allies’ participation in COMPTUEX directly enhances defense relationships and improves overall coordination and interoperability among our militaries.”

"The Dwight D. Eisenhower Carrier Strike Group is a multiplatform team of ships, aircraft and more than 6,000 Sailors, capable of carrying out a wide variety of missions around the globe.

"C2F exercises operational authorities over assigned ships, aircraft, and landing forces on the East Coast and the Atlantic. When directed, C2F conducts exercises and operations within the U.S. European Command area of operations as an expeditionary fleet, providing Naval Forces Europe an additional maneuver arm to operate forces dynamically in theater."