The push comes as the Navy has stated it intends to increase its fleet to 355 ships from its current level of 297 ships. 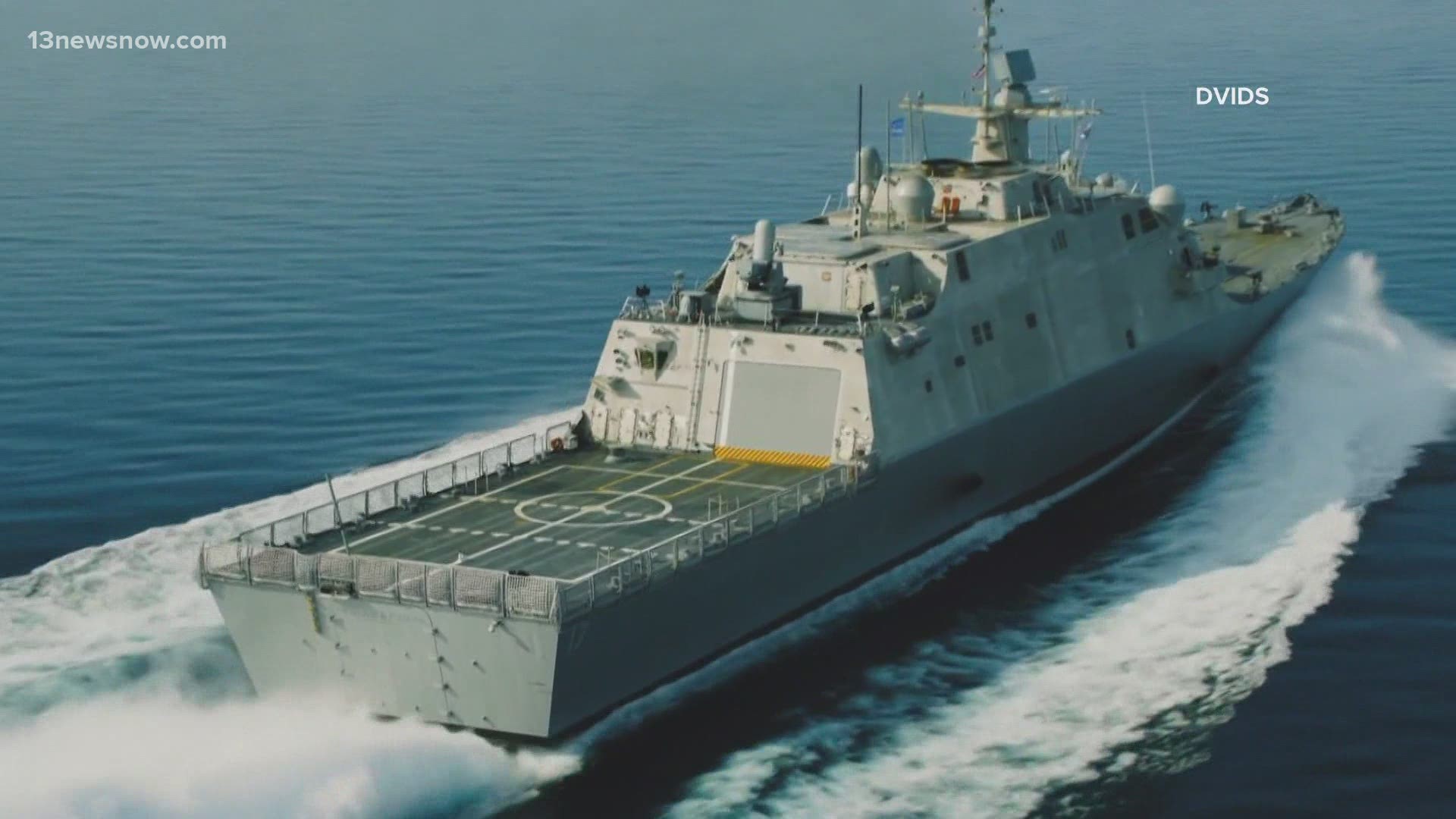 WASHINGTON — Lawmakers are questioning the Navy and its push to decommission warships years before the end of their life expectancy.

At issue: the Navy's announcement last summer that it intends to retire the Littoral Combat Ship USS Freedom (LCS-1) and three other LCS's as a way to save money.

The Chief of Naval Operations Admiral Mike Gilday has said, "Those ships are not bringing lethality to the fight."

The Freedom just entered Naval Service in 2008, at a cost to taxpayers of $362 million.

"Even though the LCS can bring significant contributions in you AOR (Area of Responsibility), the Navy wants to grow its fleet, yet they intend to decommission the first LCS in class," she said.

Then, she posed a question to U.S. Southern Command chief Admiral Craig Faller: "Do you agree with this plan?"

Faller replied: "I think it's recognized we need a larger fleet. How the Navy sources that capability through the joint process, to me, I'm indifferent what type of ship. We need a ship. A zero is equal to zero or unsolvable in any equation.”

But Rep. Jackie Speier (D-California) had a different view.

She said: “I have a very different view of the Littoral Combat Ship than my colleague and I’d like to drill down on this a little bit. The Freedom-class is in my view – and in the view of many – terribly unreliable, with the Little Rock, Detroit, and Sioux City all recently experiencing major propulsion failures."

Earlier this year, the Navy also floated the idea of canceling the mid-life overhaul and nuclear refueling of the aircraft carrier USS Harry S. Truman and retiring that ship 25 years early. The last time that proposal came up in 2019, it was rejected by Congress.