President Trump was overridden for first time in the nearly fours years he has been commander-in-chief. 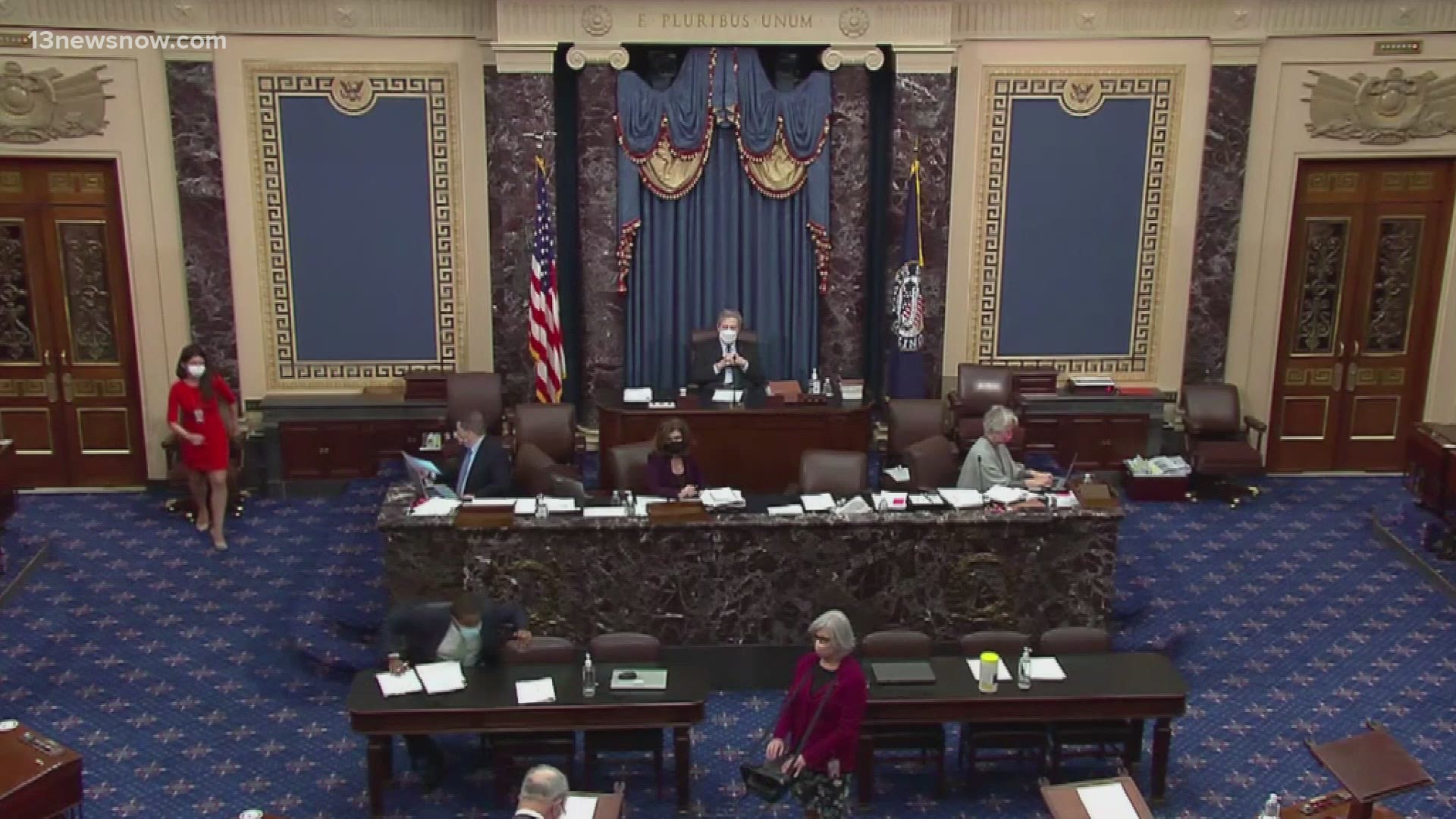 WASHINGTON — The Senate, in a rare New Year's Day session, handed President Trump the first veto override of his term.

The bill they're enacting is the National Defense Authorization Act.

The measure sets military policy for the coming year, including a pay raise for the troops and billions of dollars for shipbuilding.

"We've passed this legislation 59 years in a row. And, one way or another, we're going to complete the 60th annual NDAA and pass it into law before Congress concludes," said Senate Majority Leader Mitch McConnell (R-Kentucky).

The House of Representative had voted overwhelmingly earlier this week, 320 to 87, to override President Trump's veto of the 2021 NDAA.

There was little doubt that the Senate would do the same.

The $740 billion measure was too important to national defense and the nation's more than 2 million troops.

When the time came to vote, the override passed the Senate, 81 to 13.

Virginia Senators Mark Warner and Tim Kaine said the bill's passage was critical, and the president's veto was simply wrong.

"For 60 years, the Democrats and Republicans, this is the one absolute critical piece of legislation where we all stand up for our troops and get it passed," Warner said.

"I cannot imagine why President Trump vetoed this bill," added Kaine. "He's given all these different reasons for the veto. None of them make sense to me. He shouldn't have done it. First president who's ever vetoed a defense bill."

After the vote, House Armed Services Committee Chairman Rep. Adam Smith (R-Washington) said in a release: “With today’s successful veto override vote in the Senate, the Congress has prevailed despite the President’s illogical opposition to this year’s annual defense bill."