The Navy fast attack sub will be 21st of the Virginia Class. 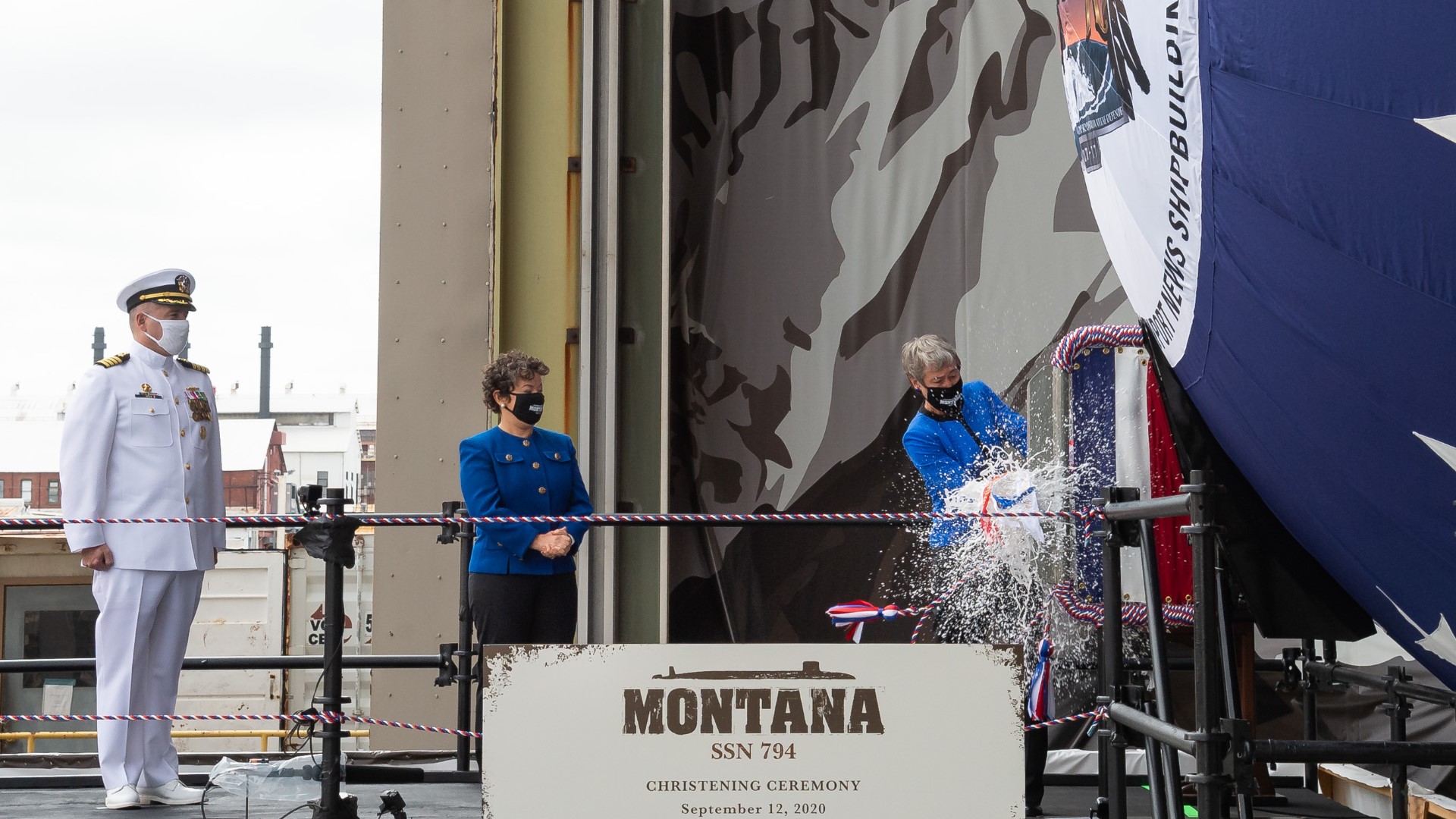 NEWPORT NEWS, Va. — The $2.7 billion future USS Montana fast attack submarine was christened Saturday at Newport News Shipbuilding, where it has been under construction since April 1, 2015.

The Virginia-class sub is a product of a unique partnership between Newport News Shipbuilding and General Dynamics Electric Boat in Groton, Connecticut. The two companies, working together, have so far delivered 18 of the vessels to the Navy since 2004.

When it's completed, the Montana will be the 21st of the Virginia-class and the 10th that will have been delivered by Newport News Shipbuilding.

The program is crucial to the Navy.

"The boat truly is a marvel," said Capt. Michael Delaney, commanding officer of the Pre-commissioning Unit Montana. "It will be one of the best submarines the Navy puts to sea when she's ready for sea trials."

The Virginia Class is also very meaningful for the workforce at Newport News Shipbuilding, having the knowledge that there is a two-submarine per year schedule now and into the future.

Added shipbuilder Sheniqua Johnson: "It kind of lets you know that you kind of have like job security actually, just to know that you'll be producing these ships in the future."

The Montana is currently is about 85 percent complete, and the plan is to put it in the water in about a month, and the hope is to deliver it to the Navy in late 2021.