USNS Hershel Williams docks behind Nauticus ahead of commissioning

The USNS Hershel 'Woody' Williams (T-ESB-4) docked behind the Hampton Roads Naval Museum over the weekend, ahead of its commissioning. 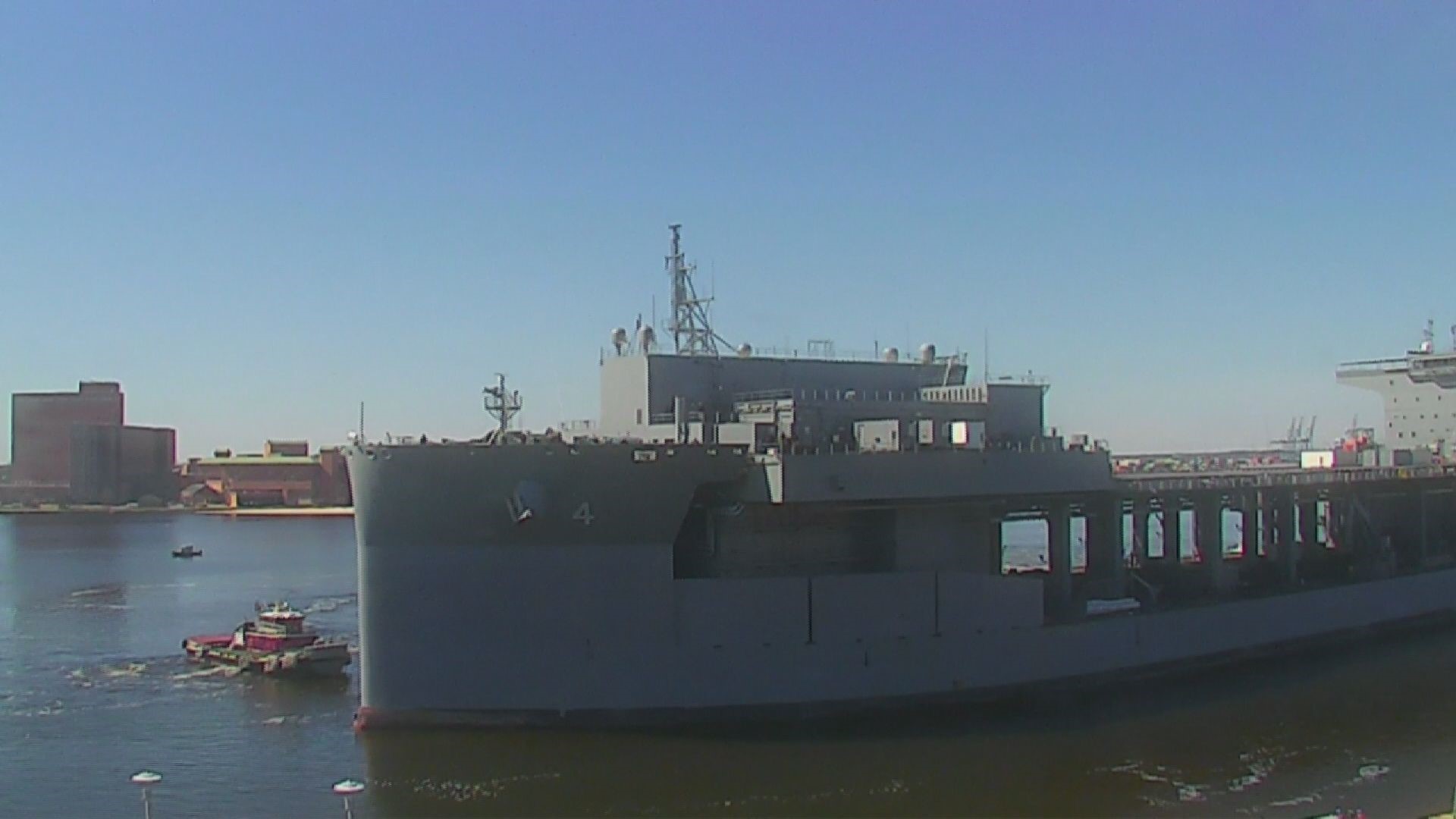 NORFOLK, Va. — If you were wondering what that impressive US Navy ship is currently docked at Nauticus, it's the Military Sealift Command's newest Expeditionary Mobile Base!

USNS Hershel “Woody” Williams (T-ESB-4) docked behind the Hampton Roads Naval Museum over the weekend, ahead of its commissioning scheduled for later this week.

The 784-foot-long vessel features a 52,000 square-foot flight deck, fuel and equipment storage, repair spaces, magazines, and mission-planning spaces. The vessel is able to accommodate up to 250 personnel.

The ship bears the namesake of the only surviving WWII USMC Medal of Honor Recipient from the Battle of Iwo Jima, then-Corporal Hershel "Woody" Williams, whose actions while assigned to the 21st Marines, 3rd Marine Division on February 23, 1945, earned him the nation's highest honor in October 1945.