13News Now learned someone forged the signatures of a state delegate and his wife on one of the questionable petitions to get Shaun Brown on the ballot for the second congressional district race. 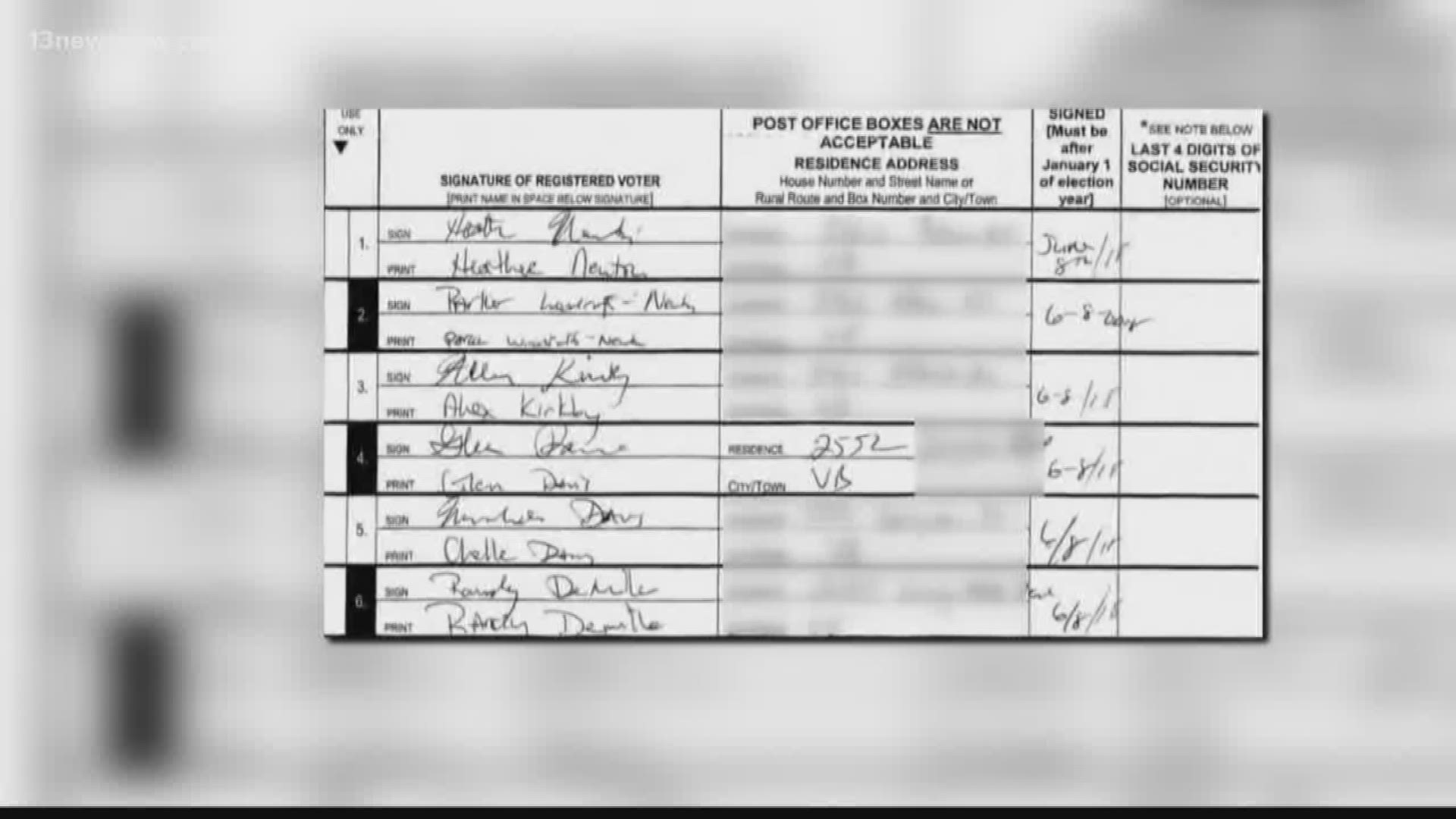 There are more signatures in question on petitions in the second congressional district race. 13News Now first reported Monday we are examining the legitimacy of signatures on those petitions to get independent Shaun Brown on the ballot.

On Tuesday, a judge appointed a special prosecutor to investigate the issue and see if criminal charges are needed. Then, on Wednesday, we uncovered new names in question.

We now know someone forged the signatures of a state delegate and his wife on one of the questionable petitions.

You would think most people know how to spell their own names and most adults know their correct address. But on one petition to put Shaun Brown on the ballot, the name and supposed signature of Del. Glenn Davis, who spells his name with two N's, is spelled Glen.

Also, Davis said the address on the petition is a few numbers off. It's the same case for the entry below his name, which is his wife's name. That entry is not her signature and has the incorrect address. The Virginia Beach delegate told us he was surprised to see this.

For perspective, the handwriting and signature on the ballot petition Davis actually signed looks very different than the other petition, where his name appears.

Oddly enough, the dates on the signatures are the same. That means Davis signed on June 8th and someone signed Davis' name, on a separate petition, also on June 8th.

That's the day before some of the other questionable signatures we've found were signed.

New numbers from the Virginia Department of Elections reveal in total, Shaun Brown submitted 2,163 petition signatures, which actually went through the verification process. 1,030 of those were considered valid.

Our calculations show more than half of the signatures examined were not approved for a variety of reasons, including being illegible.

We don't know yet if any of the questionable signatures we've uncovered were included in those validated by the state.

Some of the petitions in question were collected by staffers of Republican Incumbent Scott Taylor.

Taylor said he has fired both his campaign manager and a consultant, and his office will fully cooperate with the special prosecutor's investigation.