Virginia early voting now underway, here's where you can vote on the Southside

As election workers send out thousands of absentee ballots across Hampton Roads, they'll also be opening some polling locations for in-person early voting. 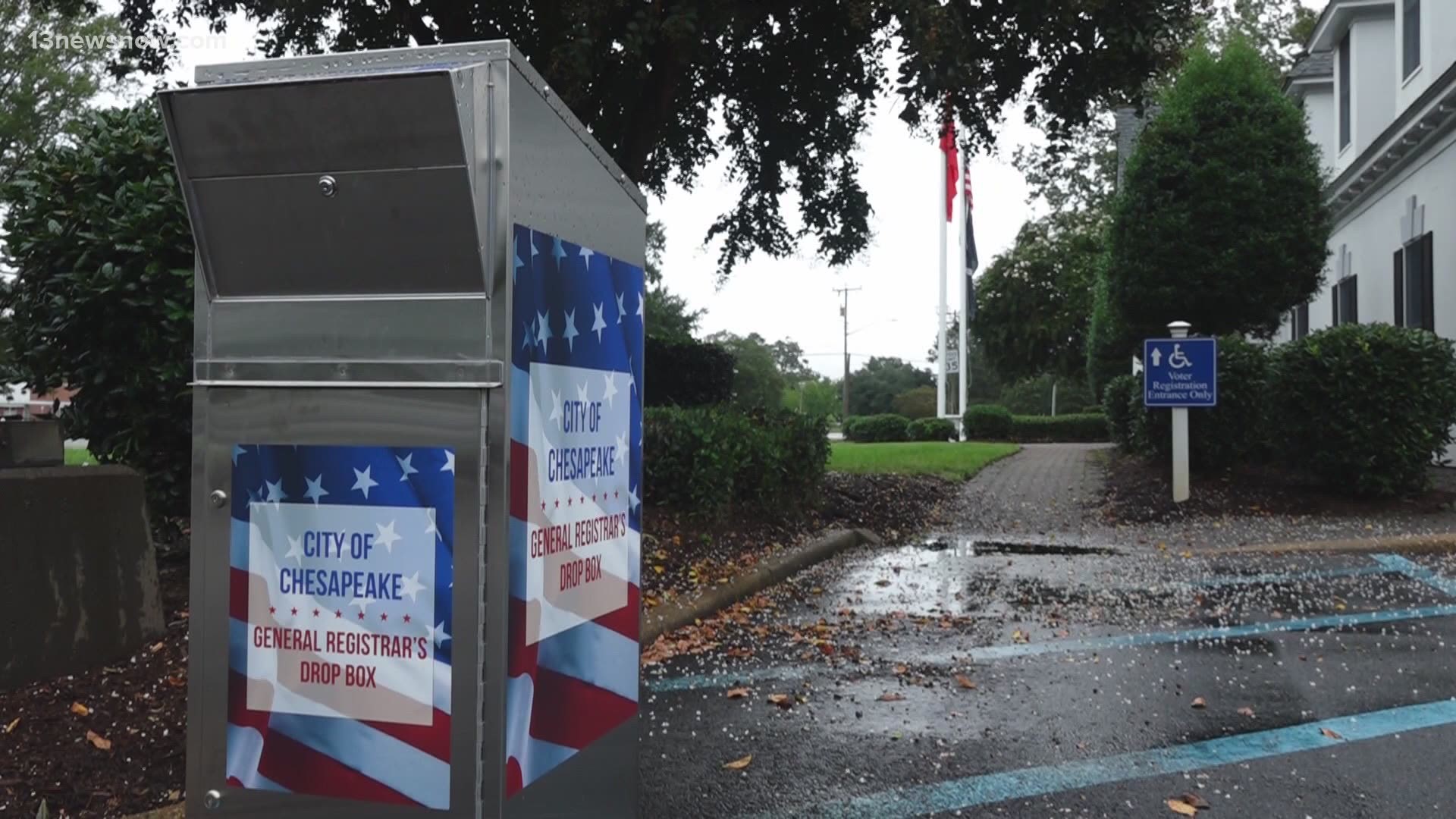 In Virginia, you can vote early at your local registrar’s office or at designated satellite locations. You do not have to have a reason why to vote early, and you don’t have to fill out an application. Just stop by and show your ID.

Where you can vote:

In Virginia Beach, you can vote early in-person between 9 a.m and 5 p.m. at the registrar's office - that's Building 14 in the municipal center.

In Suffolk, early voting is available at the registrar’s office across the street from City Hall.

In Portsmouth, in-person early voting is available at City Hall between 8 a.m. and 5 p.m. Portsmouth offers the same Saturday hours as Chesapeake.

“I think all of those numbers are going to be higher this year because of the pandemic," Kidd said.

On Friday, election officials in Hampton Roads' Seven Cities will start sending out more than 130,000 absentee ballots through the mail.

“On Election Day we may not have some of the issues we’ve had in the past like long lines at polling locations, because half of the voters have been able to turn in their ballots early," Kidd said.

Kidd and other experts project the coronavirus threat and the anticipation for this November election are both leading to higher voter turnout and a shift in voting preferences.

Election officials are working to adapt to these changes, offering different ways for you to safely vote and planning on big early voting and absentee ballot counts.

“I know that local voter registrars are going to be taxed to the max on Election Day in Hampton Roads, but they all realize it right now also and they’re all working on plans to process all these ballots as quickly as possible," Kidd said.