McAuliffe, Youngkin to meet for debate in northern Virginia 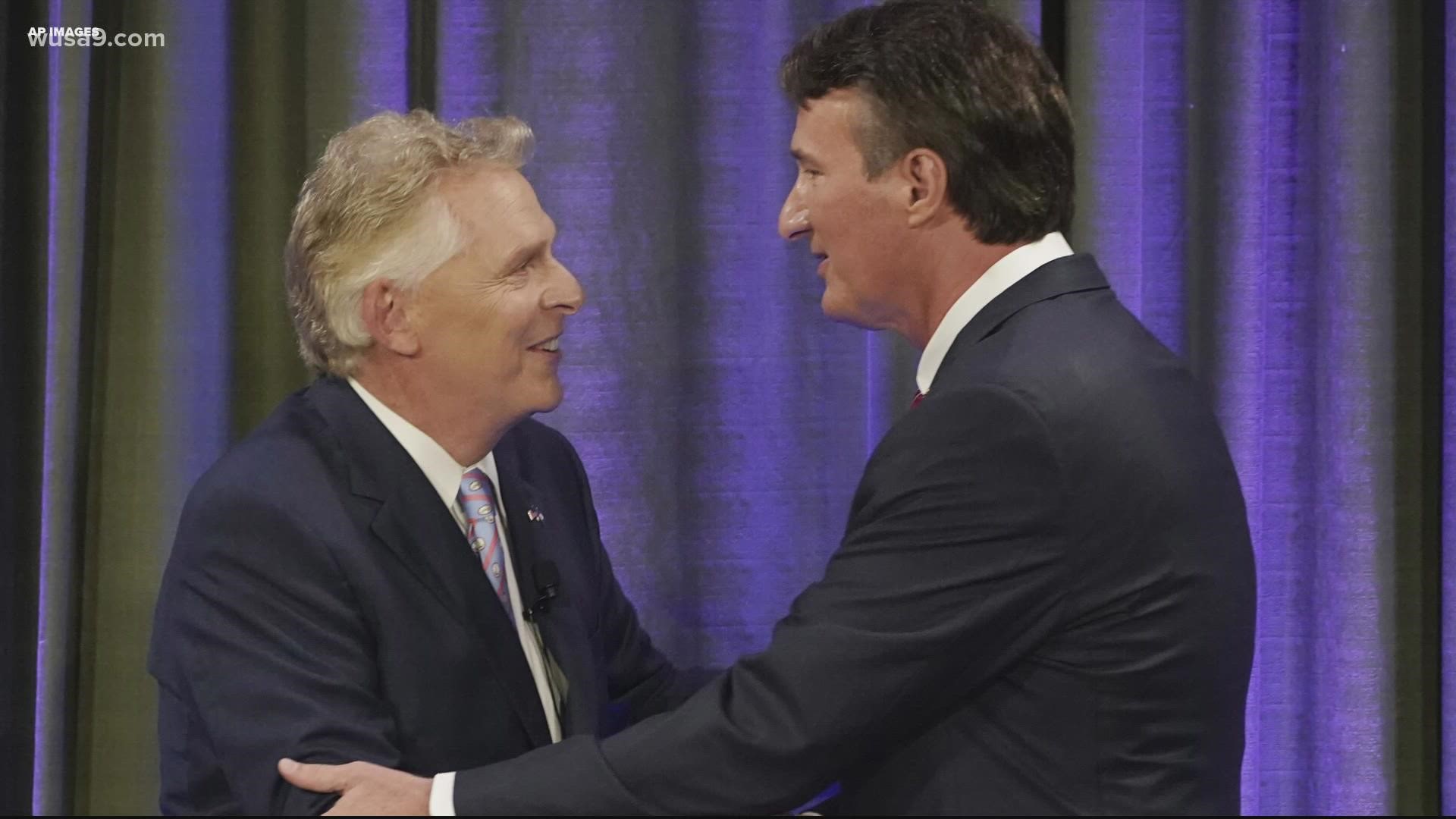 Tuesday's night's hourlong debate will be held at Northern Virginia Community College and carried live by NBC television stations across the state.

The first debate of the contest was devoid of big surprises or viral moments and largely focused on the candidates' sharply divergent positions on abortion and COVID-19.