President Trump is now suggesting delaying the November election, claiming that mail-in voting leads to fraud. But there’s no evidence of that. 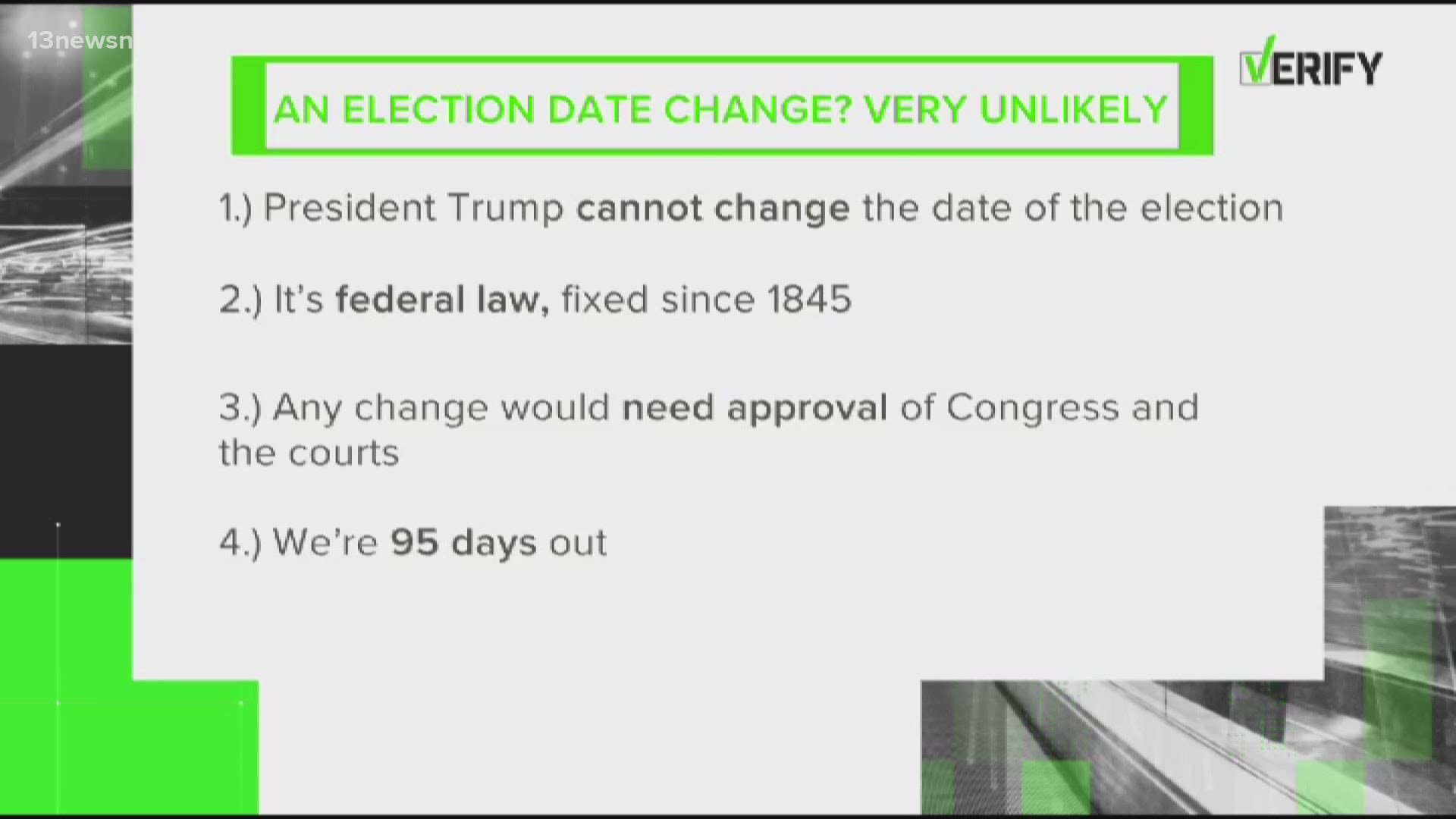 NORFOLK, Va. — President Trump cannot change the date of the election, voter fraud is extremely rare, and studies - including one directed by the Trump administration - have found no evidence that mail-in voting leads to widespread fraud.

In a tweet Thursday morning, Trump said mail-in voting would lead to the most "inaccurate and fraudulent election in history."

There's no evidence to support for that claim.

“We’ve got a lot of data on this, a lot of years, a lot of elections that we can study this," said 13News Now political analyst Quentin Kidd. "There’s just no evidence.”

As for the November election? President Trump cannot change the date.

It’s federal law, fixed since 1845. Any change would need approval from Congress, and time to clear challenges in the court system. The election is in 95 days.

“This is just all political at this point and it’s not going to go anywhere," Kidd said.

Trump talks about "universal" mail-in voting, but just eight states are currently preparing to mail ballots to every registered voter in November.

To clarify, voting by mail and absentee voting are the same thing. President Trump’s campaign team said they’re interchangeable in a Pennsylvania lawsuit.

“The easier it is for people to vote, the more people will vote," he said. "The more people that vote generally favors Democratic candidates.”

Trump, Vice President Mike Pence and members of Trump’s cabinet have all voted by mail in recent election cycles.