Sen. Warner introduces legislation to provide visas to Kurds who worked with US forces in Syria

The legislation would protect Kurds in Syria who worked closely with the United States, usually as translators. 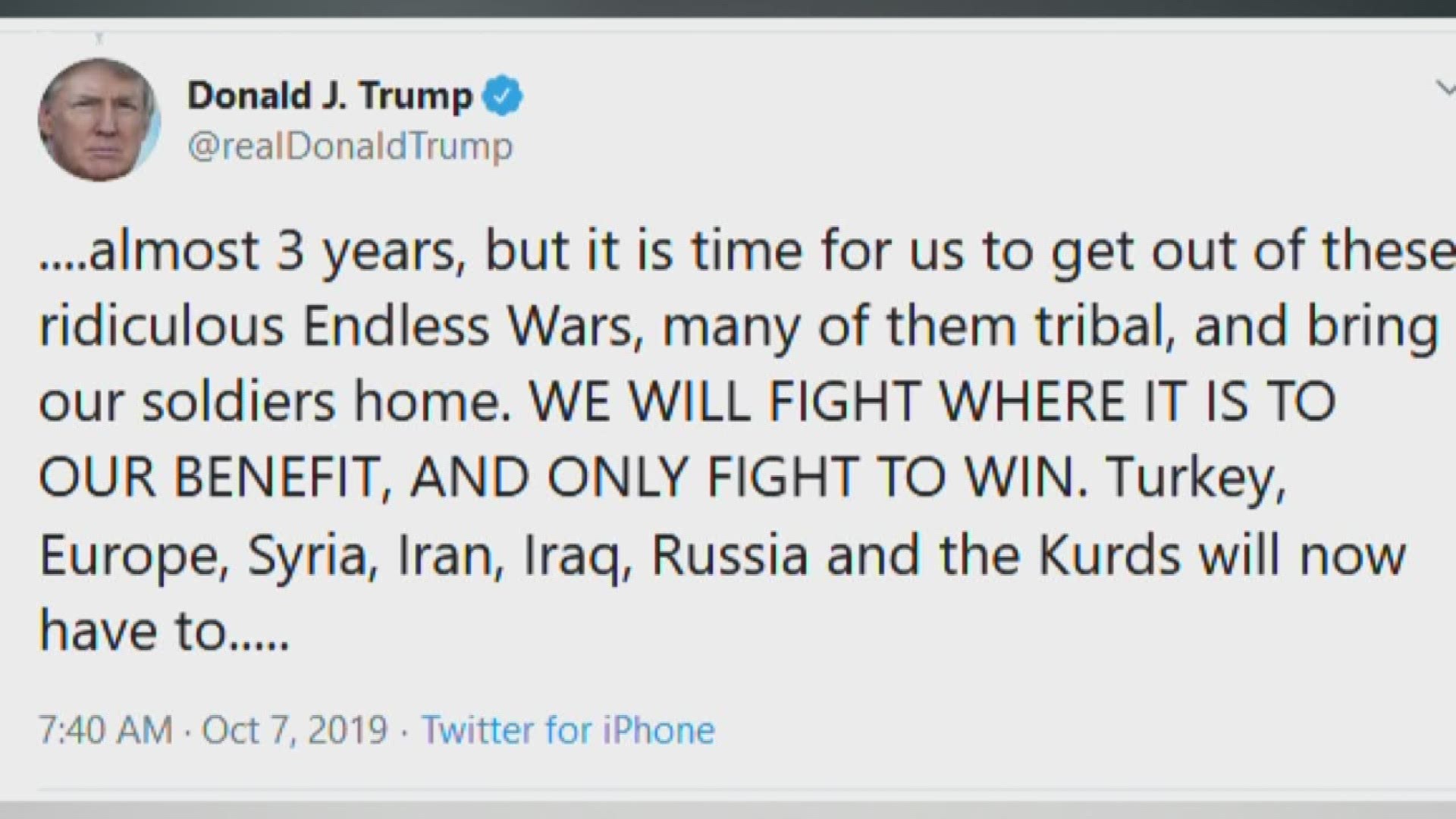 RELATED: US to step aside for Turkish assault on Kurds in Syria

Sen. Warner said because of this decision, Turkish military operations moving forward against Kurdish fighters who have been integral partners in the fight against ISIS. Since the Turkish offensive began last week, the UN has received reports of executions and human rights abuses against Kurdish fighters and civilians, and at least 160,000 civilians have been displaced.

RELATED: Turkey begins an offensive against Kurdish fighters in Syria

“America has always stood by her allies. It’s shameful that as a result of President Trump’s reckless actions in Syria, the lives of our Kurdish allies are now in danger,” said Sen. Warner. “Our friends should not pay the price for the President’s irresponsible decision. This bill would establish a program, like those Congress has already established for Iraqi and Afghan nationals, that would allow Kurdish Syrians who worked directly with American troops in the fight against ISIS to come to safety here in the U.S.”

The legislation would protect Kurds in Syria who worked closely with the United States, usually as translators. If passed, the legislation would also provide permanent American residence to Syrian nationals who worked for the U.S. armed forces for at least six months, have obtained a favorable recommendation from a general or flag officer in the chain of command, and have passed a background check and screening.

Warner said the bill would also direct the Secretary of Defense, in consultation with the Secretaries of State and Homeland Security, to develop and implement a framework to evacuate these eligible individuals to safety while vetting takes place if their lives are at risk remaining in Syria.