The state of gun control in Virginia after the Special Session 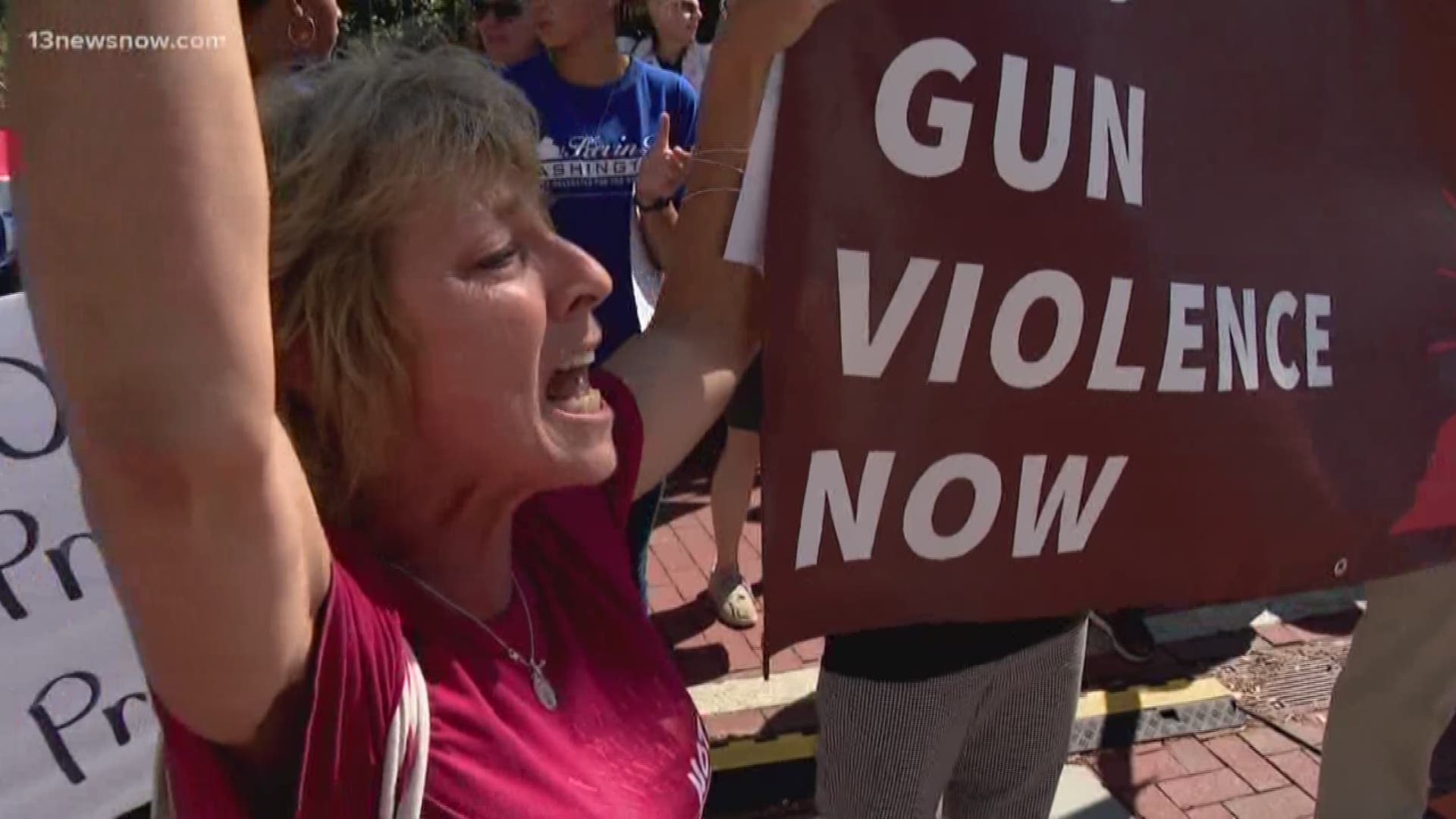 RICHMOND, Va. — After the Virginia General Assembly Special Session ended abruptly Tuesday after an hour and a half, with not a single vote on gun legislation, Senator Tim Kaine called it disappointing.

As a result of the Virginia Beach mass shooting, thousands gathered at the State Capitol Tuesday to demand that lawmakers pass what they call commonsense gun reform.

Some of Governor Ralph Northam’s proposals include banning bump stocks and silencers as well as universal background checks.

“It makes sense what they did,” said Kidd. “They were in a box anyway. They were going to have to vote down legislation that some of their members would get penalized for on Election Day.”

All Senate and House of Delegates seats are up for election in November.

After session adjournment, Republican lawmakers said they need more time to look at the legislation and said there was no conclusion from the investigation into the Virginia Beach mass shooting. They asked the Virginia State Crime Commission to review the bills.

“'What are they waiting for?' Said Kaine. “I think they’re using the ‘refer it to the crime commission’ as a dodge. They care more about making the NRA and gun manufacturers happy than they do care about protecting the public safety of Virginians.”

Republican leaders in the House of Delegates announced they're working on a package to aid the City of Virginia Beach and the victims in its mass shooting. The four bills were referred to the Appropriations Committee which will meet in August, September, and October.