The two letters — one addressed to Herring, the other to State Board of Elections — asks for the removal of Independent candidate Shaun Brown from the general election ballot. 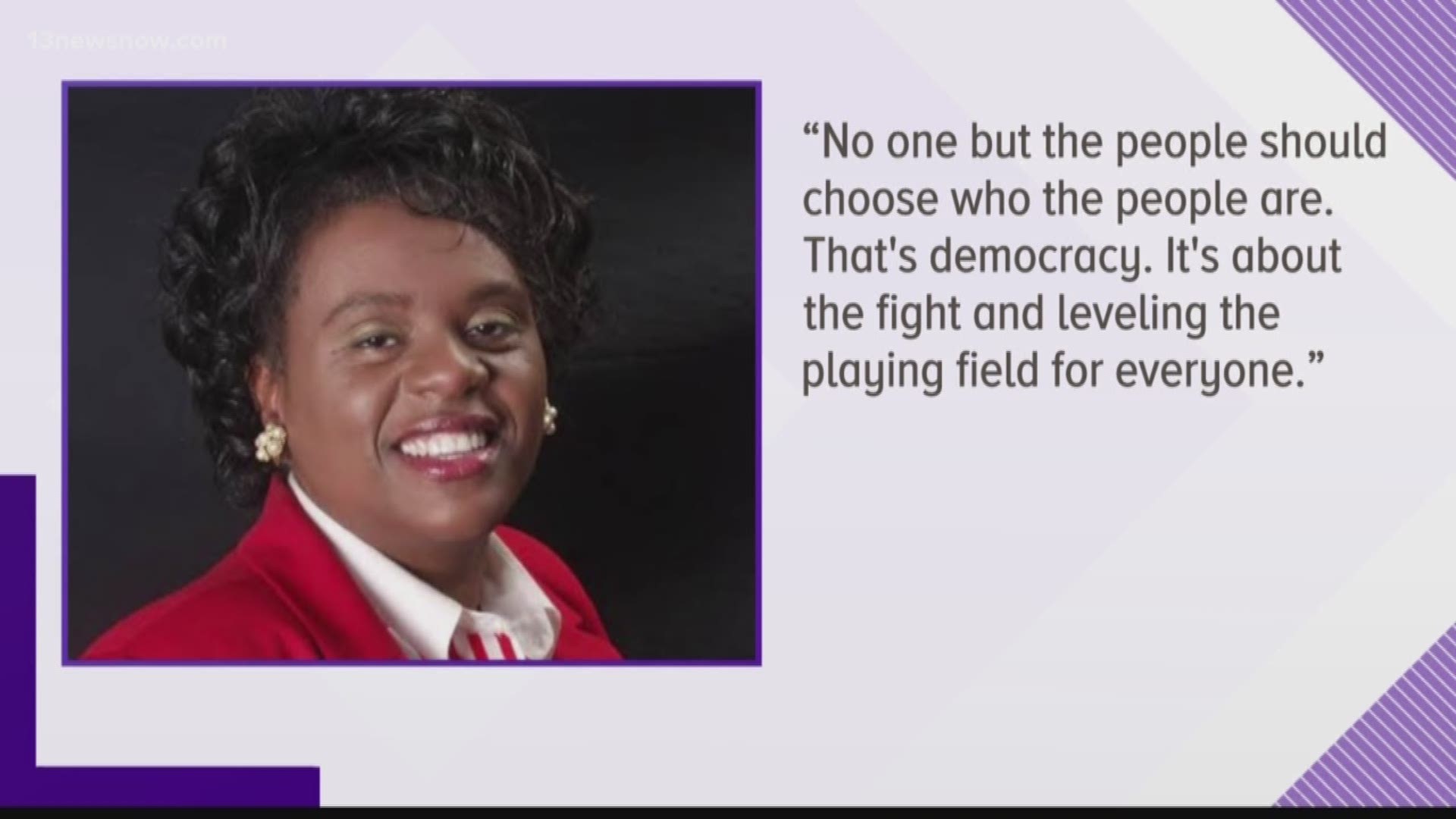 The two letters — one addressed to Herring, the other to State Board of Elections — asks for the removal of Independent candidate Shaun Brown from the general election ballot.

Virginia's Attorney General is now involved in the search for answers about how questionable signatures got on petitions to get independent Shaun Brown on the ballot. His office has been in touch with the special prosecutor and elections officials to figure out what is happening in the Second Congressional District race.

"These are very serious allegations that are already under investigation," the Attorney General's press secretary wrote us. Herring’s will continue to work with the special prosecutor and the Department of Elections "while the investigation and information gathering process continues."

This latest development comes as the Virginia Democrats are asking Herring to order the State Board of Elections remove Shaun Brown from the ballot.

Most people don't expect to see their names on the news, especially when they weren't the ones to write their own name and signature.

“Y'all happened to show a paper with the names on it and my name just happened to be right front and center,” Nicole Bolt recalled. “At first, I was hoping maybe there was another Nicole Bolt, but it wasn't and that's my address and I clearly did not sign it.”

Nicole Bolt is the latest example of someone who says her signature was forged on petitions to get Shaun Brown on the ballot. 13News Now has uncovered signatures of a dead man, a woman who hasn't lived or voted in Virginia for years and a state delegate.

On Tuesday, a judge appointed a special prosecutor to investigate the issue and see if criminal charges are needed.

“It was very shocking,” Bolt reacted. “I was like 'wow.' People can just write anybody's name on a petition and turn it in.”

"No one but the people should choose who the people are,” Shaun Brown wrote in a statement Thursday. “That's democracy. It's about the fight and leveling the playing field for everyone."

We asked the State Board of Elections how it will proceed. We wanted to know if there are any protocols for examining signatures after a candidate has already been approved to be on the ballot.

A spokesperson said they have "no comment at this time due to an ongoing investigation."

“I've done some searching in the elections code, on the State Board of Elections website,” Geoffrey Skelley with UVA’s Center for Politics said. “I've even delved into some searches from some historical newspapers from Virginia. I couldn't find a parallel to this and I really don't know how the State Board of Elections handles this. This is an unusual circumstance, to say the least.”

That unusual circumstance putting an entire congressional district in the spotlight.

“You know, maybe that's why the Attorney General should be involved,” Skelley added.

Scott Taylor, whose staffers collected some of the signatures in question, also sent out a statement Thursday.

"We agree that problematic signatures should be invalidated, but we think it's inappropriate and offensive for the national Democratic Party to hijack a local primary election and marginalize a qualified African American with local support in order to clear the way for their hand-picked candidate.”

Elaine Luria, who is the Democratic candidate in the race, also reacted to the investigation.

"These allegations against Congressman Scott Taylor's campaign staff get more troubling by the hour,” she wrote. “I'm glad to see the Commonwealth's Attorney is taking these allegations seriously in requesting a special prosecutor who will work to protect the integrity of our election process. There is an alarming number of voters coming forward to say their signatures appear to have been forged. Given this information and the pending criminal investigation, it seems proper that the entirety of these petition forms are reviewed thoroughly.”

Read: Democrats' letter to State Board of Elections with affidavits