Women to lead the way in Virginia's new Democratic majority

Virginia's House of Delegates is poised to have the first female speaker in its 400-year history. 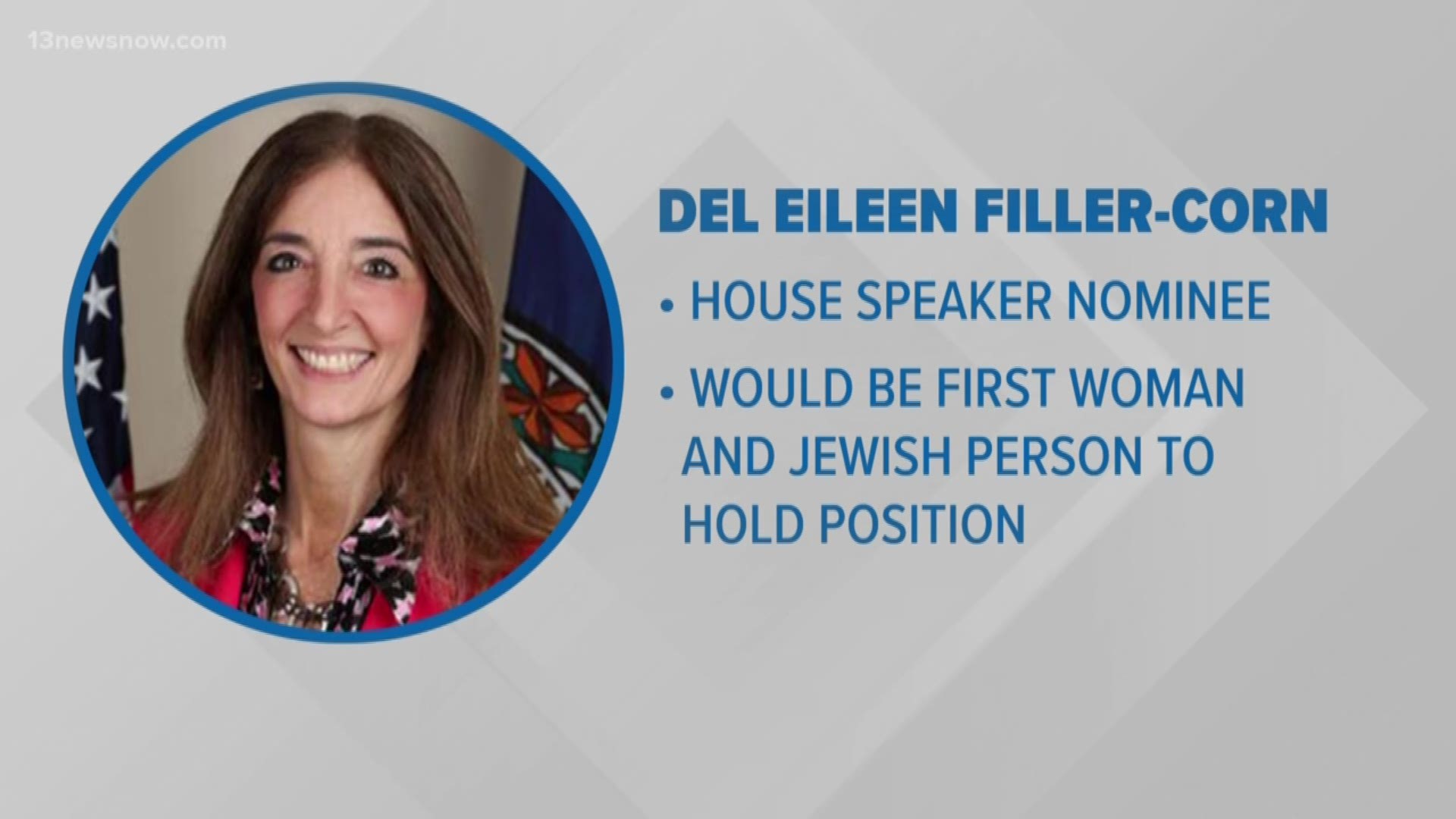 RICHMOND, Va. — Virginia's House of Delegates is expected to soon have its first female speaker in its 400-year history, as the chamber's incoming Democrats chose a veteran legislator for the post on Saturday.

Democratic delegates for the upcoming session picked Del. Eileen Filler-Corn of Fairfax County as their nominee.

Filler-Corn's election as speaker on the session's first day in January is anticipated because Democrats on Tuesday won a majority in the state House for the first time in two decades.

Republicans lost their slim seat advantages in both the state House and Senate, giving Democrats led by Gov. Ralph Northam the ability to pass stricter gun laws and a higher minimum wage, as well as change rules barring the removal of Confederate war memorials.

"This is a tremendous honor I don't take lightly and I'm ready to move forward," Filler-Corn told the Richmond Times-Dispatch. "We had a historic night on Tuesday and we had a historic day today, so I'm looking forward to continuing to stand up for the issues and values that are so important to Virginians. And we're thrilled to be in the majority."

Tuesday was the third election in a row that Virginia Democrats have made significant gains since President Donald Trump was elected.

In a news release, Northam said he and the House Democratic leaders that were picked Saturday "share a commitment to serving Virginians and advancing a more progressive and inclusive Commonwealth."

Outgoing House Majority Leader Todd Gilbert congratulated Filler-Corn and other new Democratic leaders. He said Republicans are concerned they are all from "the deepest parts of northern Virginia" and want to ensure people in other parts of the state get a fair hearing.

Filler-Corn said she would ensure geographic diversity in committee chairmanships.

Filler-Corn, 55, works for a lobbying and consulting firm in northern Virginia. She doesn't lobby Virginia state government and will continue to recuse herself from certain state legislative matters that the firm works on, a spokeswoman has said.