Jason Nixon said his wife was a fixer. Now he's trying to fix what happened by demanding an independent investigation. 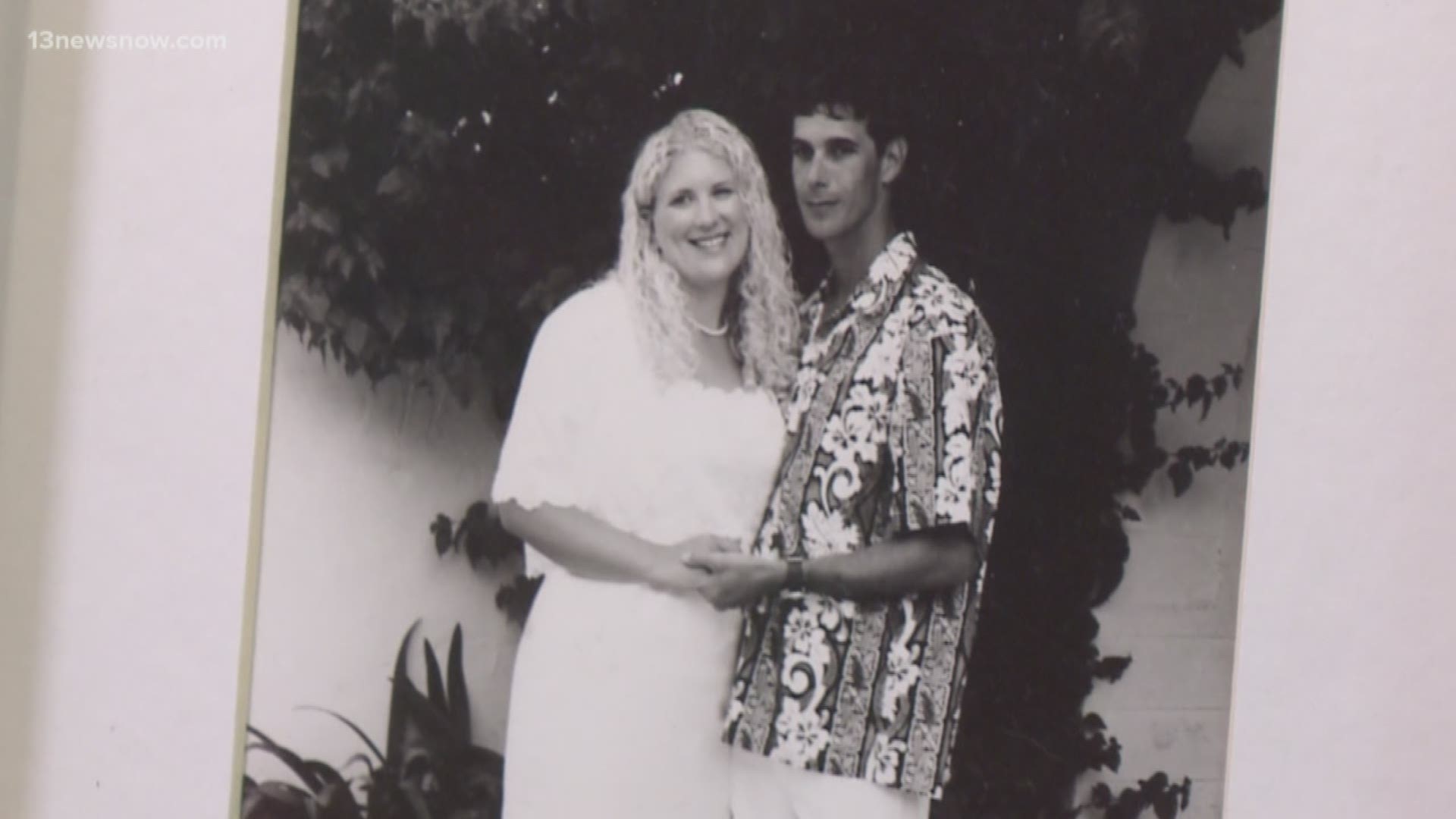 VIRGINIA BEACH, Va. — In an area right outside of the dining room in the Nixon household, a table is full of memories.

Each item is a reminder of Kate Nixon, who was described as a hard-working fixer and fighter. Two pins in cases represent her decade of service as an engineer for Virginia Beach.

"That's all Kate did was fix things in her life,” said Jason, Kate’s husband. “I want to fix this for her. To make sure this never happens again."

Nixon spoke to reporters in his Pembroke Meadows home for about an hour.

He explained how he and Kate had their 20-year anniversary coming up and the heart-wrenching task of telling their three daughters.

"Father's day is coming up and my daughters want to buy me presents for father's day, and Kate always took them out to do that," Jason said.

He showed the messages that he sent Kate after she called him wounded, asking him to call 911.

"It was hard," Jason said. "I wish I never called 911 because I could have talked to her the rest of the time., but she wanted me to do a job for her."

His goal for speaking out was to get word out that an independent investigation is needed to get answers.

The family has hired an attorney to look into the process that would be similar to an investigation after the 2017 Charlottesville riots.

"If you can't have an independent investigation. How are you going to know what really happened?" he said.

Like many others, he has questions about the colleague who shot his wife dead.

He said Kate told him the shooter had a history of unsatisfactory work. That's a contrast to what city leaders told the public in press briefings.

"He was a poor engineer,” Jason said. “She thought that he was very chauvinistic. Just all around not a nice guy she had bad vibes about him."

Nixon also said the public can learn more after investigating the response to the shooting and communication afterward.

The father said he had trouble finding out if his wife died and locating her body.

"I know this is new to everybody, but it's a learning experience also, and we need to learn from this," said Nixon.

He said the time to do the investigation is now as families grieve and need answers.

"I don't want this to be a flash in the pan and also the next news story comes up and we forget about Kate and the families," Jason said.