As a former movie stuntman, perhaps William and Mary's new Director of Athletics is uniquely qualified

Brian Mann takes the job after most recently being the senior associate A.D. at California Berkeley. 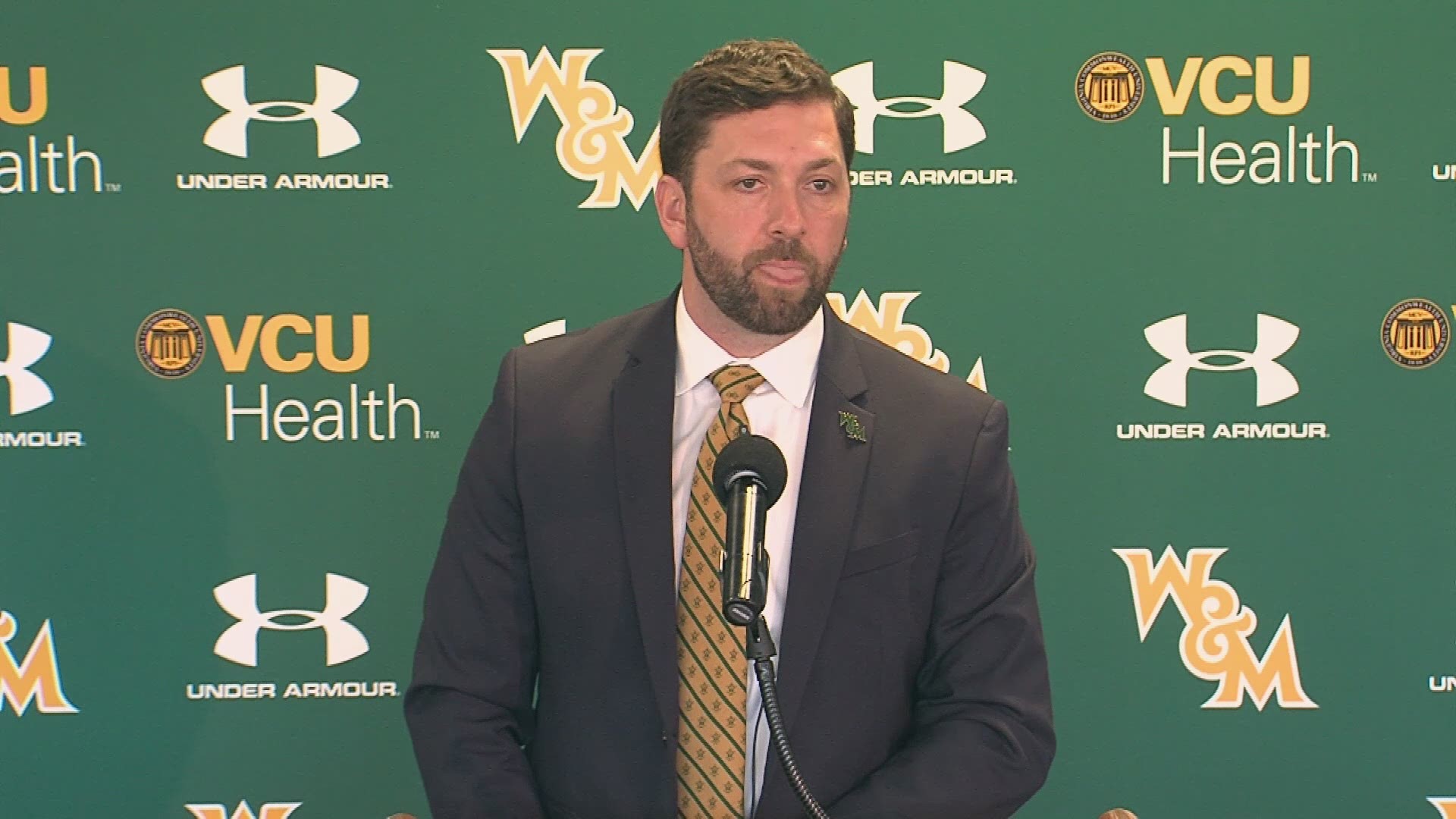 WILLIAMSBURG, Va. — For a second career, things have turned out quite nicely for Brian Mann. Although, his first career made for some great stories.

William and Mary introduced Mann as their new Director of Athletics on Thursday. Most recently he was the senior associate A.D. at California Berkeley.

But, there was that other job back in 2004. Mann played a movie stunt double for Adam Sandler in "The Longest Yard." Mann says he got plenty of two-on-two basketball action with Sandler most every day during Mann's four months involved with the movie production.

The new gig has him taking over as A.D. for one of the oldest college institutions in the land. In his opening remarks Thursday, Mann said, "In my opinion, William and Mary represents everything that I love about intercollegiate athletics. It's a transformational education that can change lives."

While Mann may have taken a few hits as a stuntman, he takes over a program that took a few hits over the last year and it's not just about dealing with the pandemic and financial issues.

William and Mary had planned to drop seven sports. They changed course on that, but there is plenty of work to be done to restore confidence in the athletics department. According to Mann, "What I learned is that while there have been incredible challenges over the last year and there are still challenges that lay before us, there are some great people who care deeply about this place, about it's future and its student athletes."

Mann suggests the only way to deal with the issues is head on, "You lean into it. You talk to people openly, honestly, authentically. You ask for feedback and support. If you say you're going to do something, you do it."

In this end, Mann thinks it's a good chance to make his mark, "It's rare when you have an opportunity to impact an institution as old as this one. Typically they're pretty set in their ways and I saw an opportunity to help shape the future."