MEAC to play tourney, have no fans at Scope

After a full cancellation last year, the conference tournament and event calendar staple will only allow guests of players and coaches. 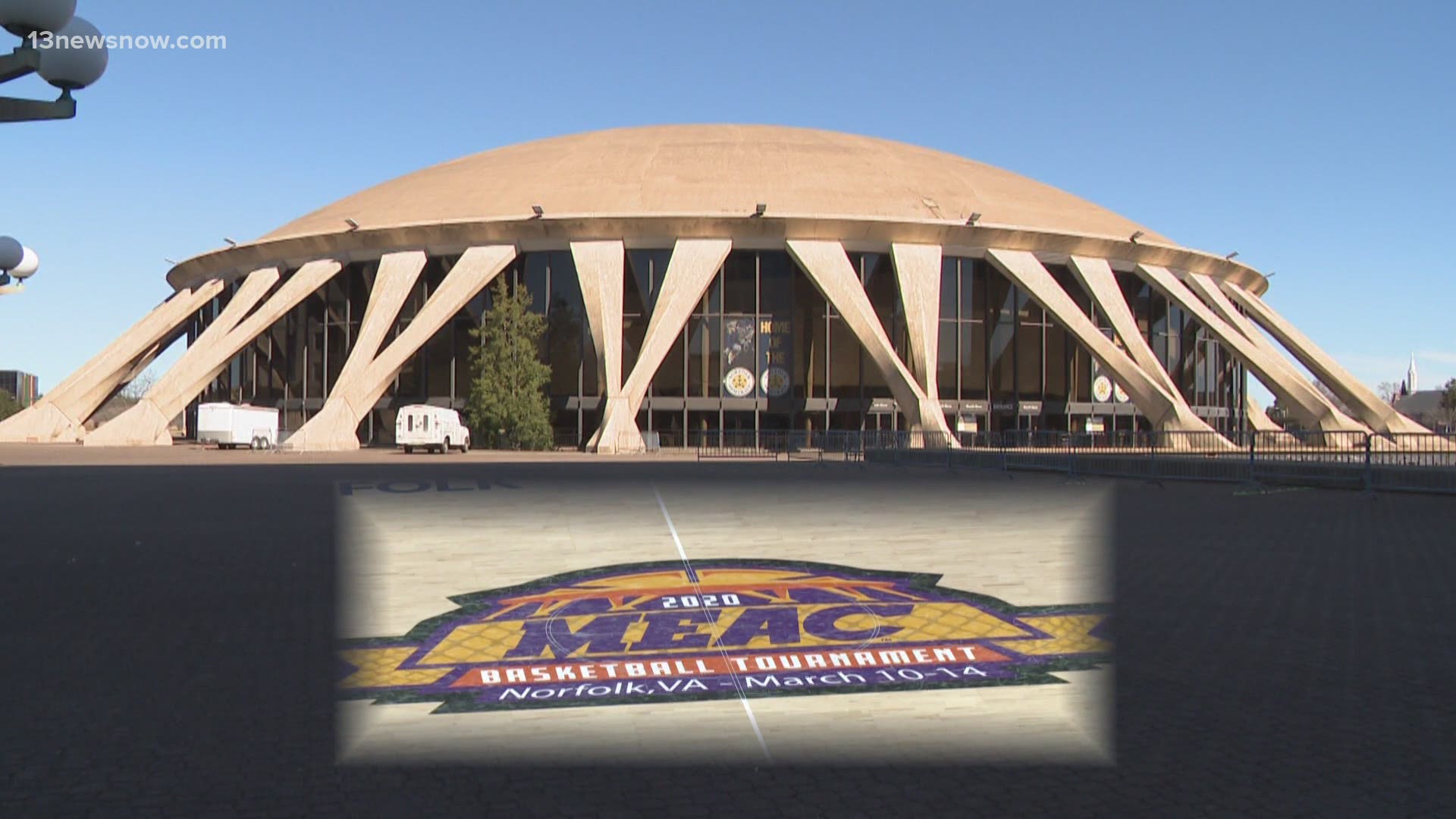 NORFOLK, Va. — "You can't be an aircraft carrier with this virus, gotta be a speed boat, gotta be able to pivot at moment's notice and that's what we've been able to do since April of last year."

The aquatic analogy from MEAC Commissioner Dr. Dennis Thomas is fitting for the ripple effect that those pivots have throughout downtown Norfolk.

The Mid Eastern Atlantic Conference's annual tournament doubles as something of a community celebration, bringing crowds to the iconic Norfolk Scope and beyond.

The first stop of that beyond? Town Center Cold Pressed, and master barista Brian Wythe.

"Painful to think about from a business standpoint, painful from a humanity standpoint. It affects all the businesses right here in downtown, unbelievable we're doing this for another year," Wythe said, the lone employee behind a once-bustling counter.

Scope peers through the window of Town Center Cold Pressed. It was once an ideal location.

"The checklist of what we would want is to be across from a major sports arena and downtown area. That is also the list of the worst things you could have during a global pandemic," says Wythe.

A late-night and weekend hot spot during event season, Cold Pressed is now open until 3 Monday through Friday.

Despite Governor Ralph Northam easing restrictions on big events, the MEAC tournament is sticking to its 250-person limit. None of those will be from public ticket sales as passes are reserved entirely for guests of players and coaches.

Held annually at the Norfolk Scope, the tournament was canceled altogether last year. While play will resume for the 2021 version, the economic impact of 10,000 empty seats remains.