Woodstock Skate Park exists because of a major collaboration between the Parks and Rec Department and HRSD. 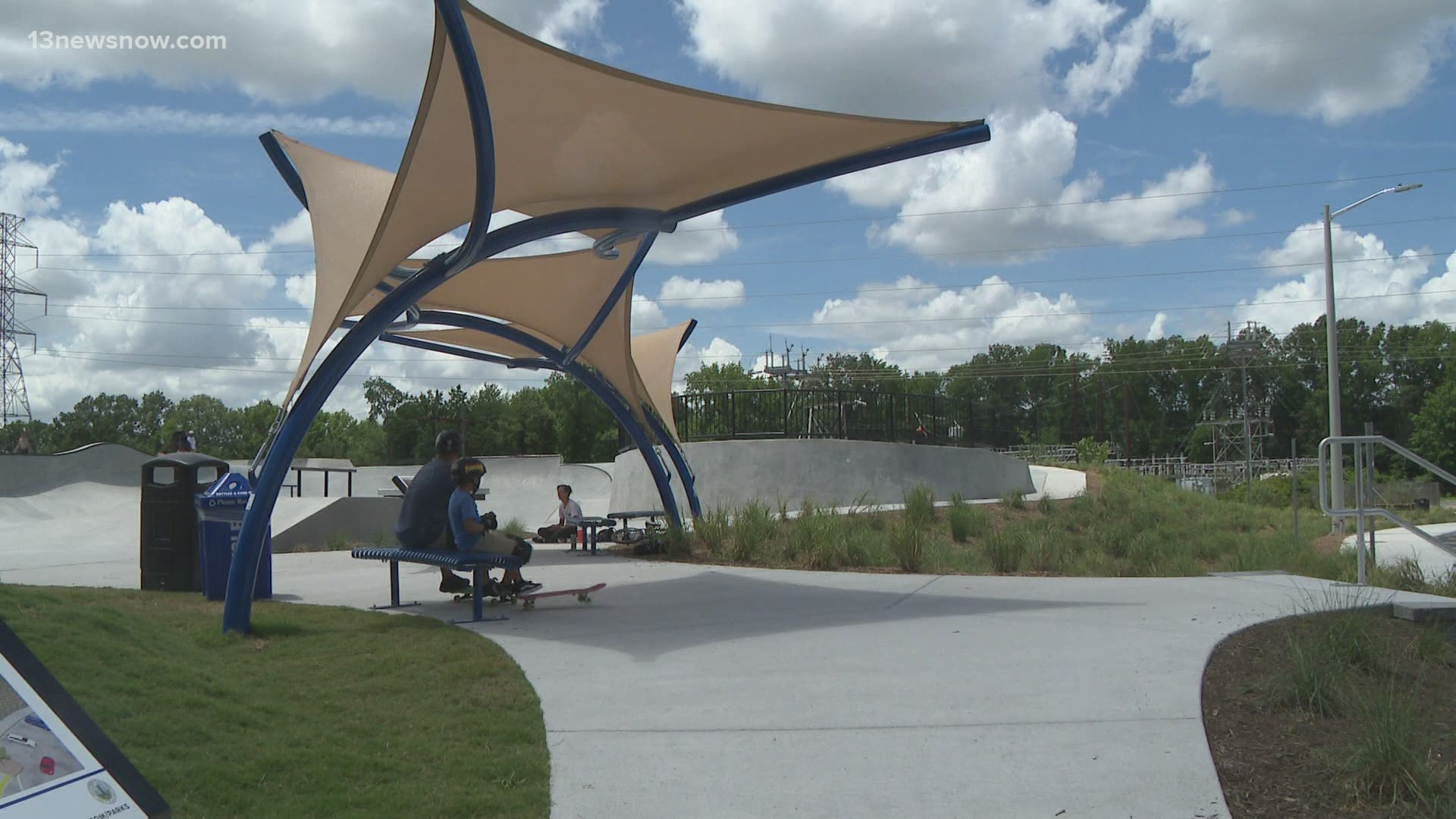 VIRGINIA BEACH, Va. — Apparently, the Virginia Beach Parks and Recreation Department and the Hampton Roads Sanitation Department are into finding unique solutions. Put the imagination of the two departments together, throw in the right mix of funding and you get an awesome new skate park.

Because of the collaboration of the departments, we get a skate park built on large tanks that help contain sewage water in wet weather emergencies.

It turns out to be a win-win for both departments and everybody who hangs out at the skate park. While it was still in the planning stage, the Parks and Rec department was smart enough to get input from the skaters who would be using the facility.

"We hosted design workshops. They sent in sketches. They provided online survey feedback," said Julie Braley, the public relations and content manager for Parks and Rec.

So far, the park is getting rave reviews because of its size and the number of different elements it has, like the snake river and an impressive bowl, among other things.