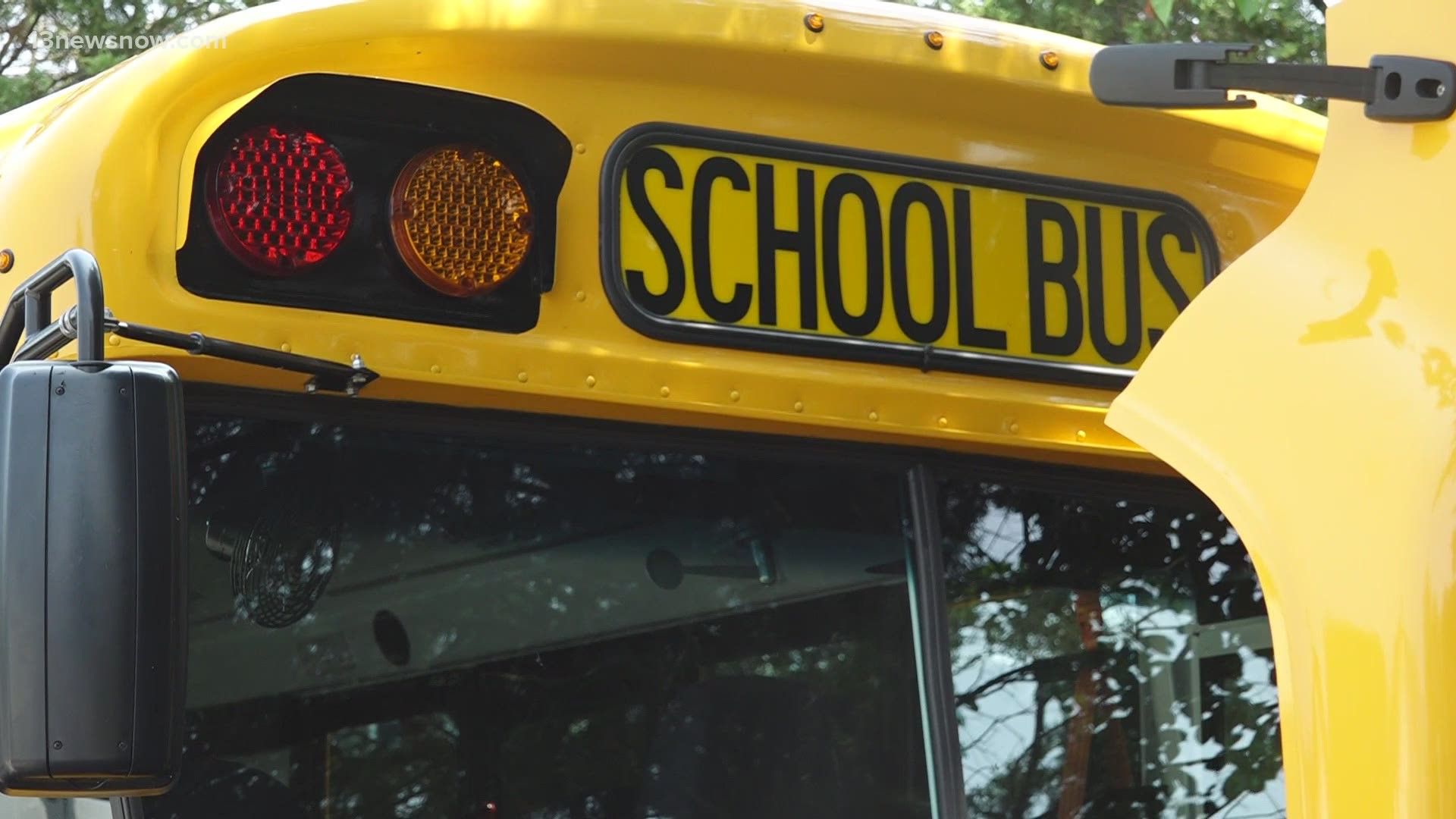 VIRGINIA BEACH, Va. — A campaign for clean transportation is rolling out across the country with some lawmakers pushing for more electric transportation.

One of the stops in this national drive to lower emissions was in Virginia Beach on Thursday.

“Investments in clean transportation infrastructure -- and we want that included in the final bill that passes," said Virginia State Sen. Jennifer McClellan.

“Just having the federal government make investments in that infrastructure helps our localities and helps ensure that no community gets left behind,"  McClellan said.

“Having these electric school buses reducing the amount of CO2 that your child is breathing in, It reduces the carcinogens that are in the air, and who doesn’t want clean buses for their children?" said Kim Sudderth. She's the organizing manager for Mothers Out Front Virginia.

“If you think about it, buses run about on average 80 miles a day. This bus, on one charge alone, will do 100 to 120 miles," said Blue Bird Corporation Executive Director of Electric Sales, Albert Burleigh.