Suzie Kellogg, a 2013 graduate of Maury High School, played a direct role in the Perseverance's landing on Mars. The rover's mission will take nearly 700 days. 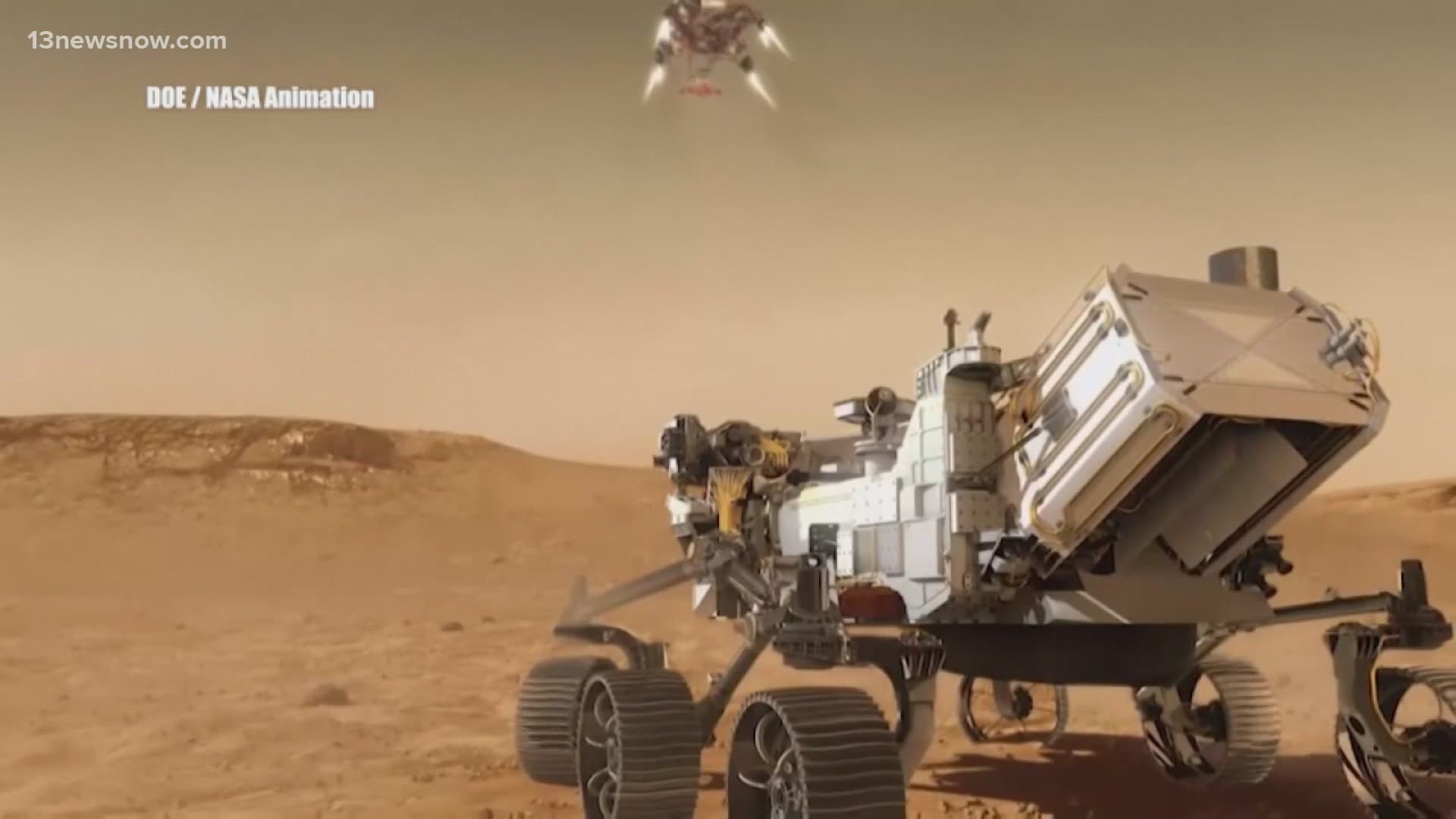 NORFOLK, Va. — NASA's big mission to Mars had a little help from a Norfolk native.

In February, NASA's Perseverance rover touched down on Mars in its latest space exploration mission to explore microbial life on the planet.

The mission, which launched in July 2020, is expected to pave the way for future human expeditions.

It's a milestone that's years in the making not just for the scientists at NASA, but Suzie Kellogg, a Norfolk native and graduate of Maury High School, Class of 2013.

Kellogg grew up attending Norfolk Public Schools as a child, but it was the NORSTAR program out of the Norfolk Technical Center where her early interests in STEM developed.

“I’m very excited to have something on Mars. It’s an amazing accomplishment," Kellogg said.

Kellogg later graduated from Johns Hopkins University with a background in mechanical engineering, and later took her first job out of college at Jet Propulsion Laboratory in California, a federally-funded research and development center managed for NASA by Caltech.

Kellogg’s role at JPL played a direct part in the Perseverance’s landing on Mars. She oversaw the implementation of one of the rover’s robotic mechanical arms, which is currently helping with the data and excavation process on the planet.

“Once the samples are collected by the larger arm, the smaller arm packages them up. My job now is, I’m going to take some of the small robotic arms and test them.”

Kellogg says the team celebrated virtually, but that the feeling of the rover’s landing was indescribable, calling it a once-in-a-decade experience.

“It’s crazy to think about. You get absorbed in the day-to-day of it and my family members have to tell me how cool it is what I’m doing,” Kellogg remarked.

According to NASA, the expedition is expected to last a full calendar year for Mars, which is roughly 687 days on Earth. Kellogg says she hopes she’ll be involved in future missions involving space exploration.

“Sitting with the knowledge that we have this insane piece of equipment we all helped build on a different planet. It’s really, really difficult to describe.”