Students at St. Gregory the Great Middle School in Virginia Beach named the tunnel boring machine "Mary." It will be used to expand the Hampton Roads Bridge-Tunnel. 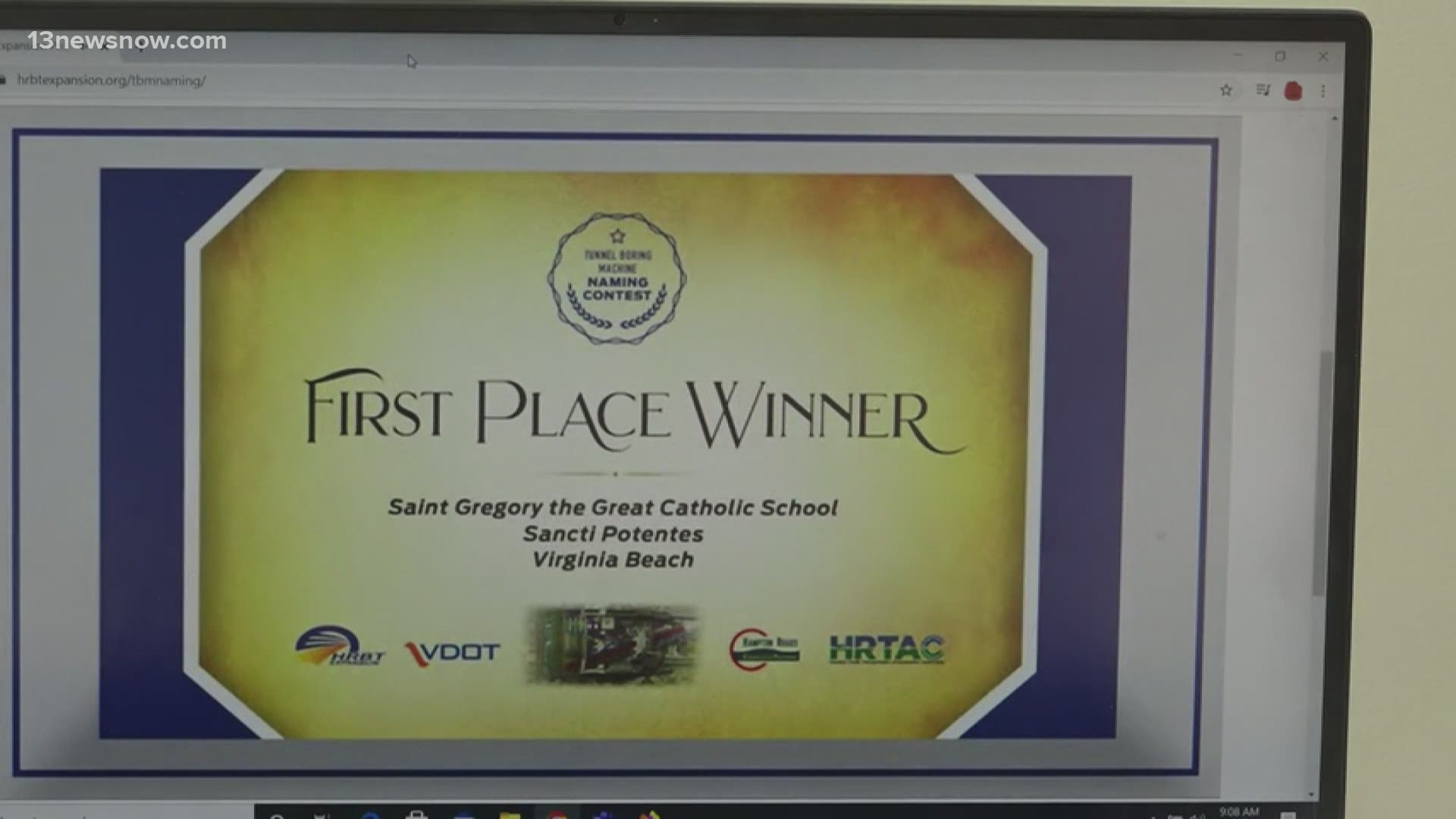 HAMPTON, Va. — The Tunnel Boring Machine is a gigantic machine set to create the two tunnels in the multi-billion dollar plan to expand the Hampton Roads Bridge-Tunnel and give drivers on the roadway some relief when passing through.

Middle school students across Hampton Roads entered a contest to name the Tunnel Boring Machine after a historical female figure.

St. Gregory the Great Catholic School and Crittenden Middle School students both selected the name "Mary" after Mary Jackson, the NASA mathematician and aerospace engineer from Hampton Roads who was featured in the movie, "Hidden Figures."

"We wanted to pick a female scientist that had relations to our area," explained one of the students.

St. Gregory students came in first place for their unique presentation of revealing the name choice through a mock news broadcast. They had an anchor toss to a traffic reporter who spoke about struggles driving through the HRBT, creating some humorous and enjoyable moments for the judges.

"We decided that the video would probably be the most exciting to watch," said another St. Gregory student.

The Tunnel Boring Machine will proudly wear the name "Mary" when it starts work this coming Fall.