Mercury putting on rare show Monday, parading across the sun

You can observe planet Mercury pass directly between Earth and the Sun — an event we won't see again from our home planet until 2049. 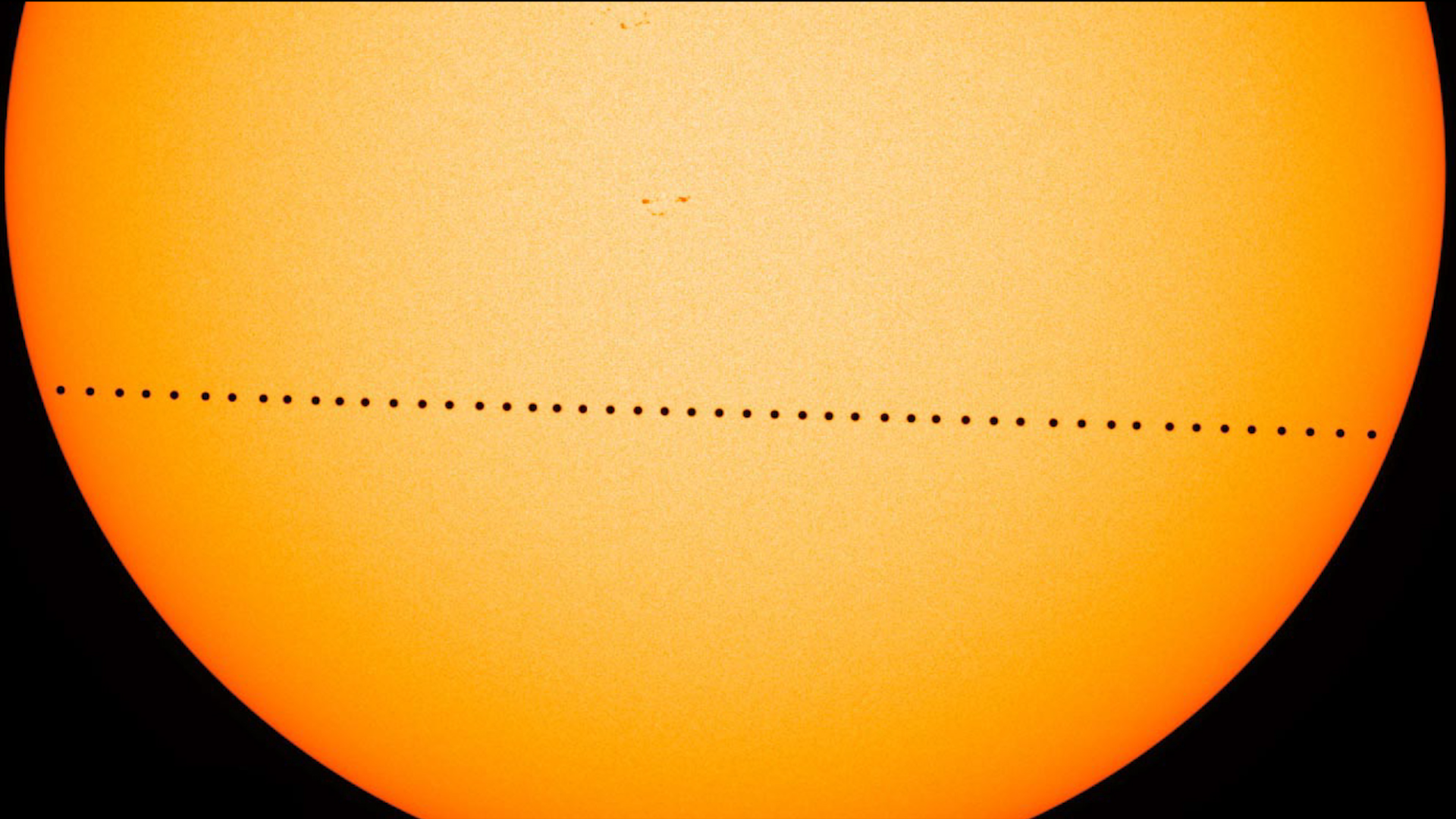 CAPE CANAVERAL, Fla — Mercury is putting on a rare celestial show Monday, parading across the sun in view of most of the world.

The solar system's smallest, innermost planet will resemble a tiny black dot as it passes directly between Earth and the sun. It begins at 7:35 a.m. EST.

The entire 5 ½-hour event will be visible, weather permitting, in the eastern U.S. and Canada, and all Central and South America. The rest of North America, Europe and Africa will catch part of the action. Asia and Australia will miss out.

Unlike its 2016 transit, Mercury will score a near bull's-eye this time, passing practically dead center in front of our star.

Mercury's next transit isn't until 2032, and North America won't get another viewing opportunity until 2049. Earthlings get treated to just 13 or 14 Mercury transits a century.

You'll need proper eye protection for Monday's spectacle: Telescopes or binoculars with solar filters are recommended. There's no harm in pulling out the eclipse glasses from the total solar eclipse across the U.S. two years ago, but it would take "exceptional vision" to spot minuscule Mercury, said NASA solar astrophysicist Alex Young.

During its 2012 transit of the sun, larger and closer Venus was barely detectable by Young with his solar-viewing glasses.

"That's really close to the limit of what you can see," he said earlier this week. "So Mercury's going to probably be too small."

Venus transits are much rarer. The next one isn't until 2117.

Mercury will cut a diagonal path left to right across the sun on Monday, entering at bottom left (around the 8 hour mark on a clock) and exiting top right (around the 2 hour mark).

NASA will broadcast the transit as seen from the orbiting Solar Dynamics Observatory, with only a brief lag. Scientists will use the transit to fine-tune telescopes, especially those in space that cannot be adjusted by hand, according to Young.

It's this kind of transit that allows scientists to discover alien worlds. Periodic, fleeting dips of starlight indicate an orbiting planet.

"Transits are a visible demonstration of how the planets move around the sun, and everyone with access to the right equipment should take a look," Mike Cruise, president of the Royal Astronomical Society, said in a statement from England.

RELATED: SCIENCE BEHIND: What happens when a star gets too close to a Black Hole?