The city of Hampton is in store for some upgraded light poles that can give you WiFi access and a place to charge your phone. There's also a security cameras. 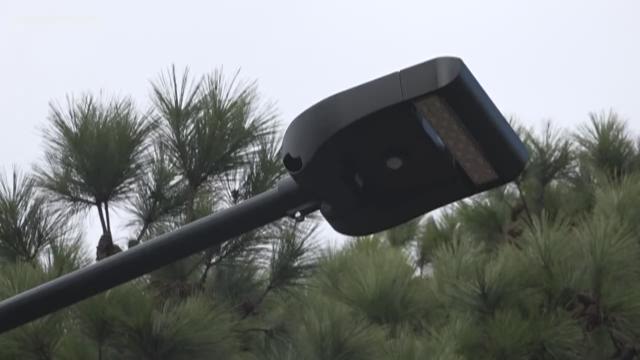 HAMPTON, Va. — The installation of some new, technologically-advanced light poles is the first step in a digital transformation project for the city of Hampton.

These solar-powered poles do way more than light the streets. They use green technology to provide WiFi access, charging ports and enhanced security.

The first group of these light poles are currently set up at the Y.H. Thomas Neighborhood Park on Thomas Street. The lack of lighting in that park prompted officials to choose that area first to install the poles.

Using lithium batteries and LED lights, the poles can store energy for up to eight days with no sunlight and can provide light even in the midst of an electric outage or severe weather.

There's also embedded technology to illuminate an area where someone is walking, to save energy and to reduce light pollution to the surrounding neighborhood. They can even monitor traffic and sea-level rise.

A security camera is also installed in the park to provide a live video feed to police. Other locations being considered for smart pole installations include downtown on Queens Way, around Settlers Landing Road parking garage and the Mellen Street bridge.

Public safety concerns and the need to address dark areas through some neighborhoods are the issues that triggered the smart pole project. It uses Hampton's next-generation network to develop the foundation for smart infrastructure projects.

Carlos Thompson lives behind the park. He said he feels safe in his neighborhood and wants it to stay that way.

“It's a good addition to the neighborhood,” Thompson said. “It will improve the confidence for residents in the area.”