Multiple injuries have been reported. The northbound and southbound lanes are back open to traffic. 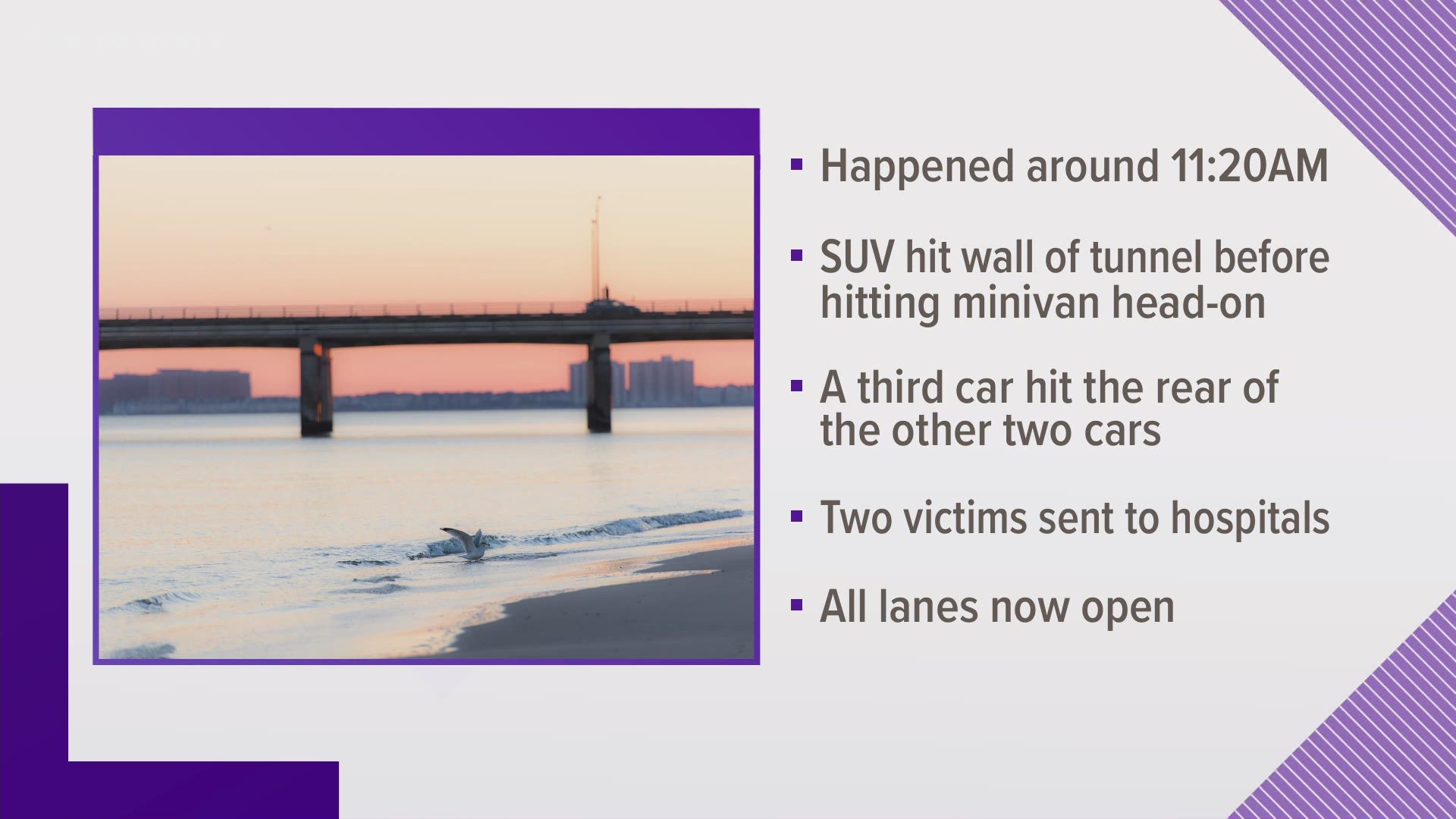 CAPE CHARLES, Va. — All lanes have opened back up at the Chesapeake Bay Bridge-Tunnel after a head-on collision involving three vehicles happened Monday morning.

The crash happened around 11:20 a.m., according to an official with the CBBT. Multiple injuries have been reported.

Officials say a southbound SUV struck the western wall of the tunnel twice before it veered into the north bound line.

The SUV struck a minivan head on, causing a sedan to run into the back of the van.

Two of the hurt people were taken to the hospital with non life-threatening injuries. Medics were on the scene treating the others whose injuries were minor.

Both northbound and southbound lanes were initially blocked at the scene of the accident. The scene was cleared around 12:45 p.m.