VDOT is adding a second High Rise Bridge, that will run parallel to the first one. It will help make hurricane evacuations safer, and generally improve commutes. 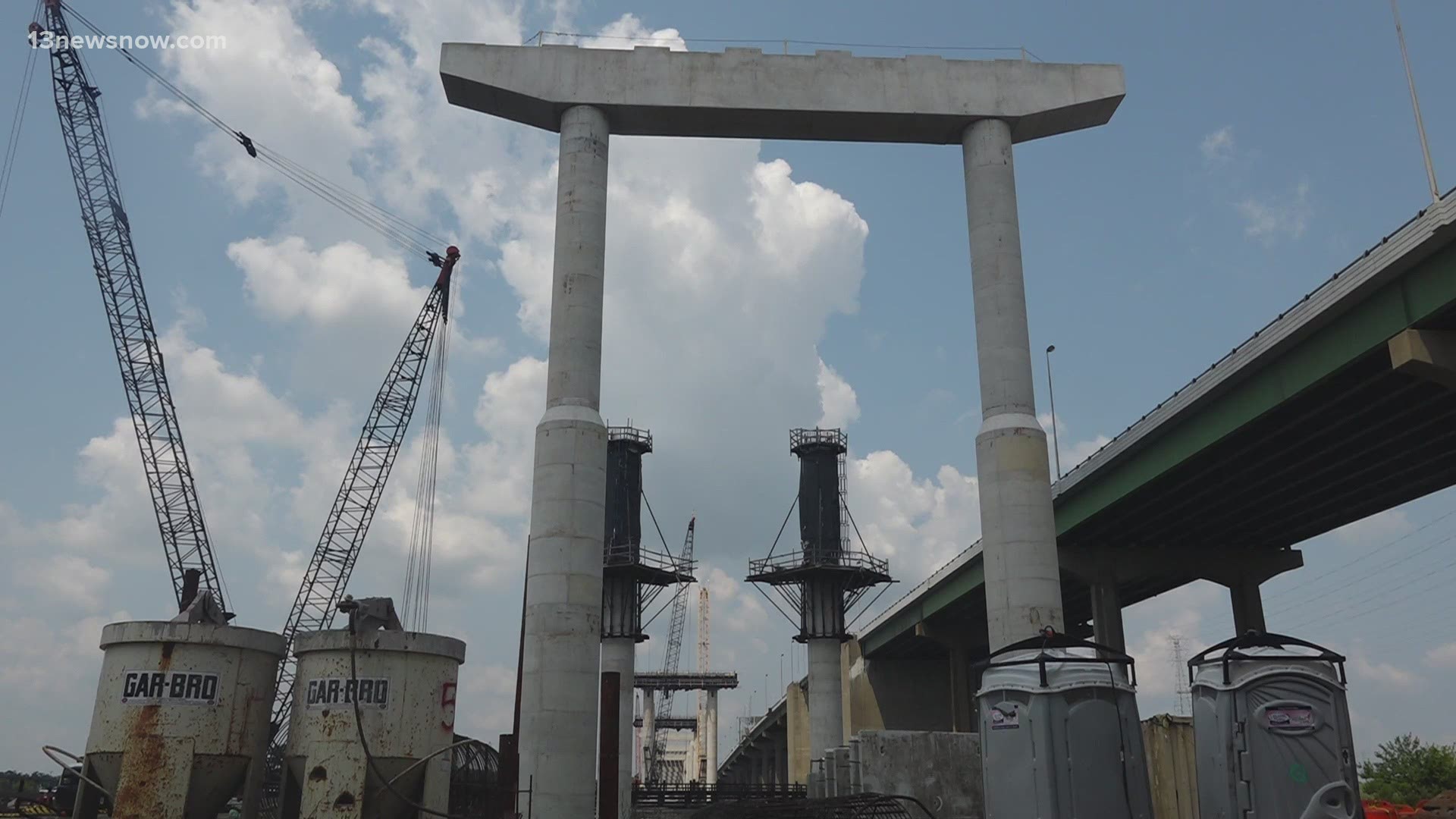 CHESAPEAKE, Va. — More than 86,000 drivers go over the I-64 High Rise Bridge in Chesapeake every day.

VDOT leaders say that's just too many cars trying to share one crossing, but change is coming.

“This is one of the largest projects ever built in Hampton Roads," explained VDOT Project Director Mike Prezioso.

13News Now got an exclusive look at how the work is coming.

"We are widening the interstate from four to six lanes so each direction will have three lanes," he said. "The third lane is being built in the median of the existing interstate, and it will be an express lane.”

One key feature of the project is a brand new High Rise Bridge.

He said the bridge will sit parallel to the old bridge and will help with traffic flow for the tens of thousands of drivers.

“It's going to be a 100-foot tall fixed-span bridge, so there won't be any bridge openings with the new High Rise Bridge," he said.

“Widening this corridor will enhance the thru-put through this area for a safer evacuation route if we do have a major hurricane, and provide a more predictable commute each and every day," he said.

VDOT officials want to remind drivers to slow down while crews are working.

The reduced speed limit in the construction area on I-64 is 55 miles per hour.