When the leaves change to red, orange and yellow, it makes for one of the most beautiful times of the year. 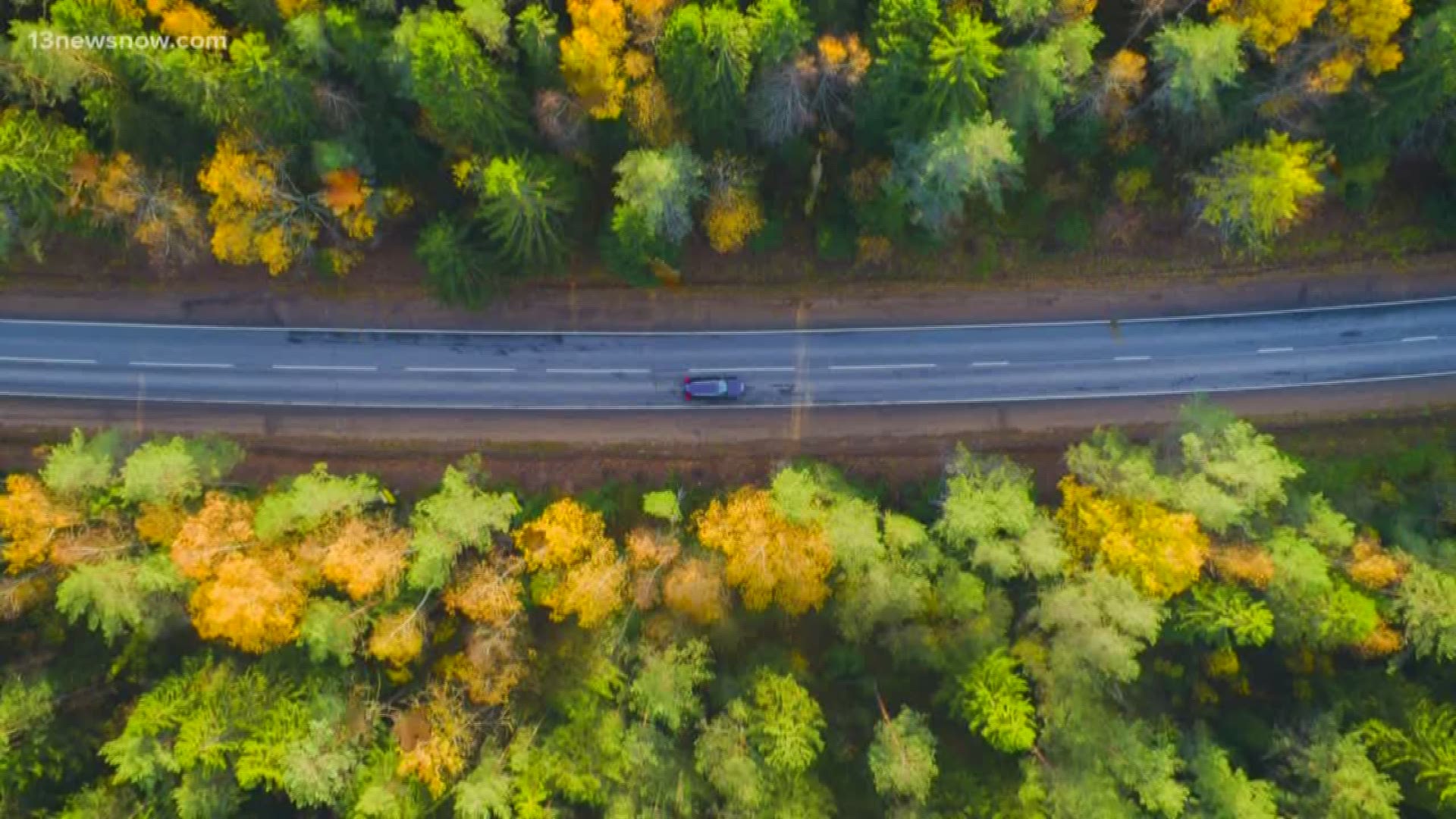 Today is the first official day of fall, meaning the days are getting shorter and temperatures will get cooler.

It also means the leaves will start to look different. The change to shades of red, orange, and yellow makes for one of the most beautiful times of the year.

According to the U.S. Forest Service, several factors affect fall leaf colors. Essentially, it's a chemical reaction that takes place as the nights get longer and the sunlight becomes less intense.

The higher elevations in western Virginia will see fall foliage sooner than Hampton Roads. You can still get an idea of when to expect those colors here, though.

When the colors will change

Smokymountains.com has an interactive map that shows predicted changes in leaf colors nationwide.

According to the map, coastal Virginia and part of the Outer Banks region will see minimal Fall foliage by Sept. 27. By Oct. 11, the fall foliage will be patchy and by Oct. 18, will be near peak.

The Farmers' Almanac also lists state-by-state predictions for peak fall colors. It predicts the coastal regions of Virginia and North Carolina will peak between Oct. 19 and Nov. 4.

Best places to see the leaves

The Virginia Tourism Corporation's website has several recommendations for where to see fall foliage in the state.

According to them, these places are best in early to mid-November. If you're eager to see the leaves sooner, they also listed several places further west of Hampton Roads.

Visit North Carolina also has recommendations for seeing fall colors in the Tar Heel state. Some of those activities are in the Outer Banks region.

Got some photos to share with us? You can text them to 757.628.6200. We'd love to see your shots, especially when the fall colors arrive. 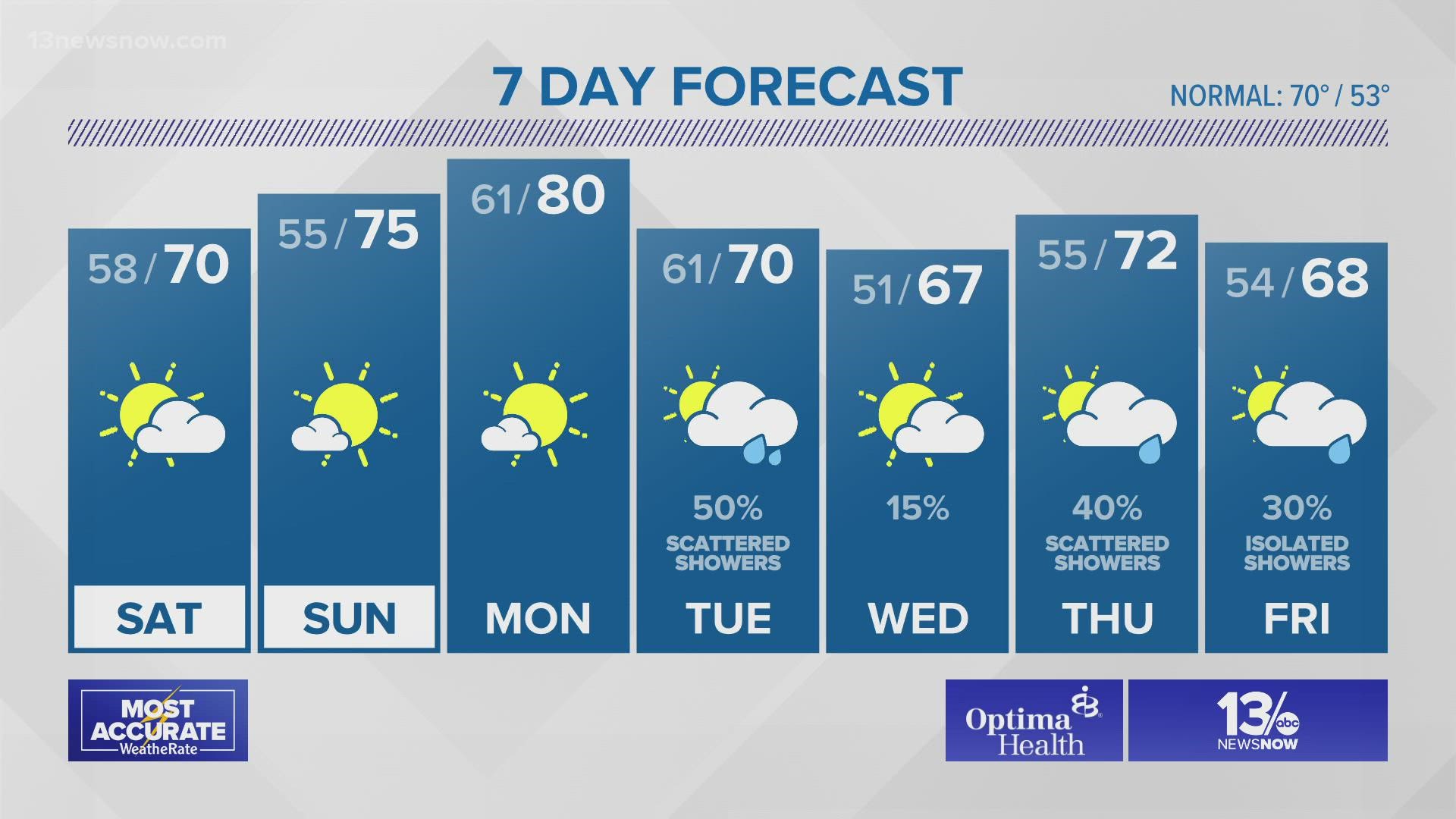