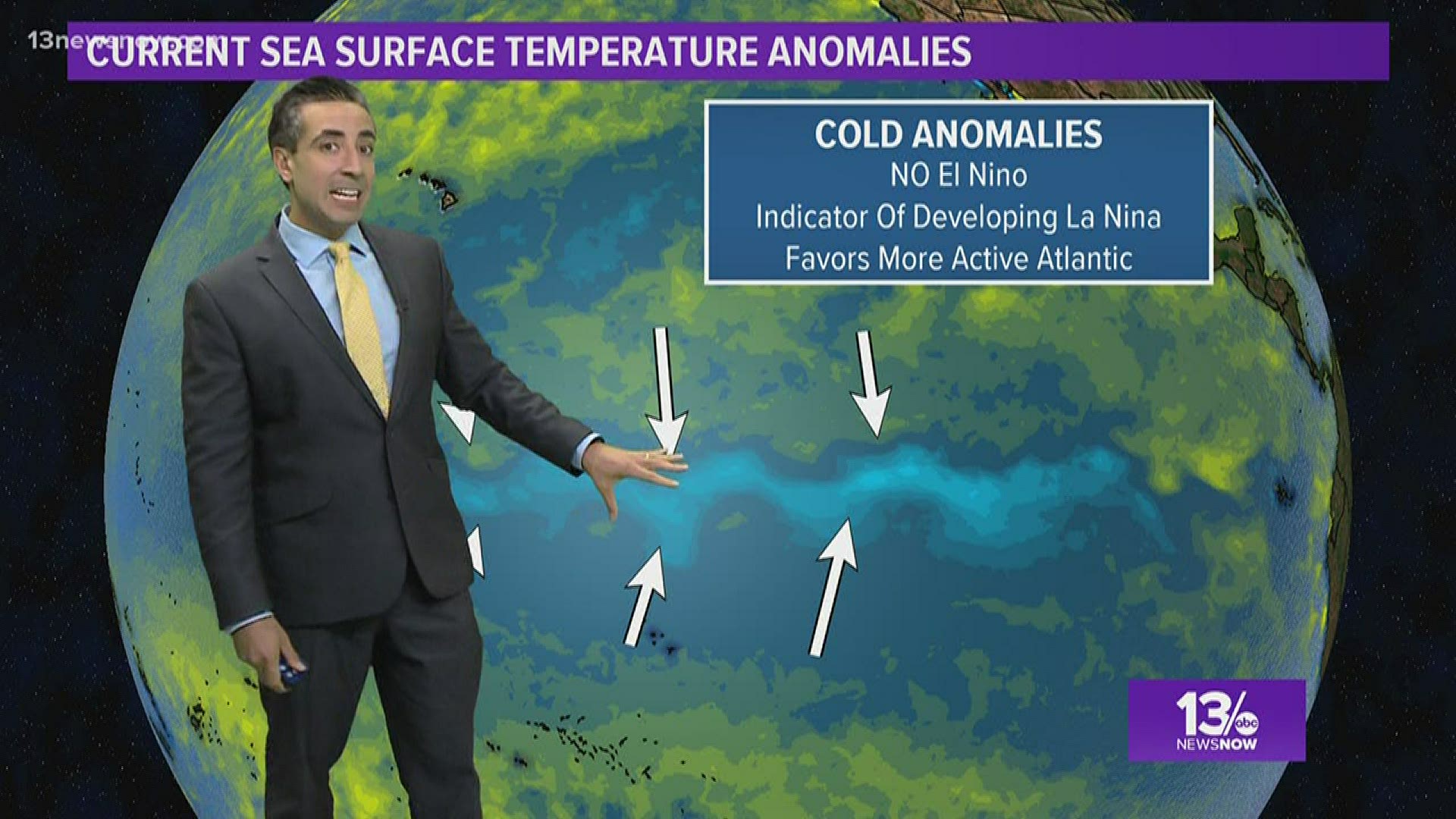 FORT LAUDERDALE, Fla. — Government forecasters are predicting an above-normal Atlantic hurricane season with the possibility of 13 to 19 named storms.

Neil Jacobs, acting administrator of the National Oceanic and Atmospheric Administration’s Climate Prediction Center, said Thursday that six to 10 of the storms could develop into hurricanes, with winds of at least 74 mph.

They're also predicting that three to six of those could develop into major hurricanes.

Forecaster Gerry Bell says the region has been a “high activity era” since 1995.

Some of the conditions causing the above-average activity include a stronger West African monsoon and warmer ocean temperatures.

RELATED: Are we in for an active hurricane season?

RELATED: Arthur is no longer a tropical storm