Commander, U.S. 2nd fleet said ships and aircraft in are leaving the area and out of the path of the storm. 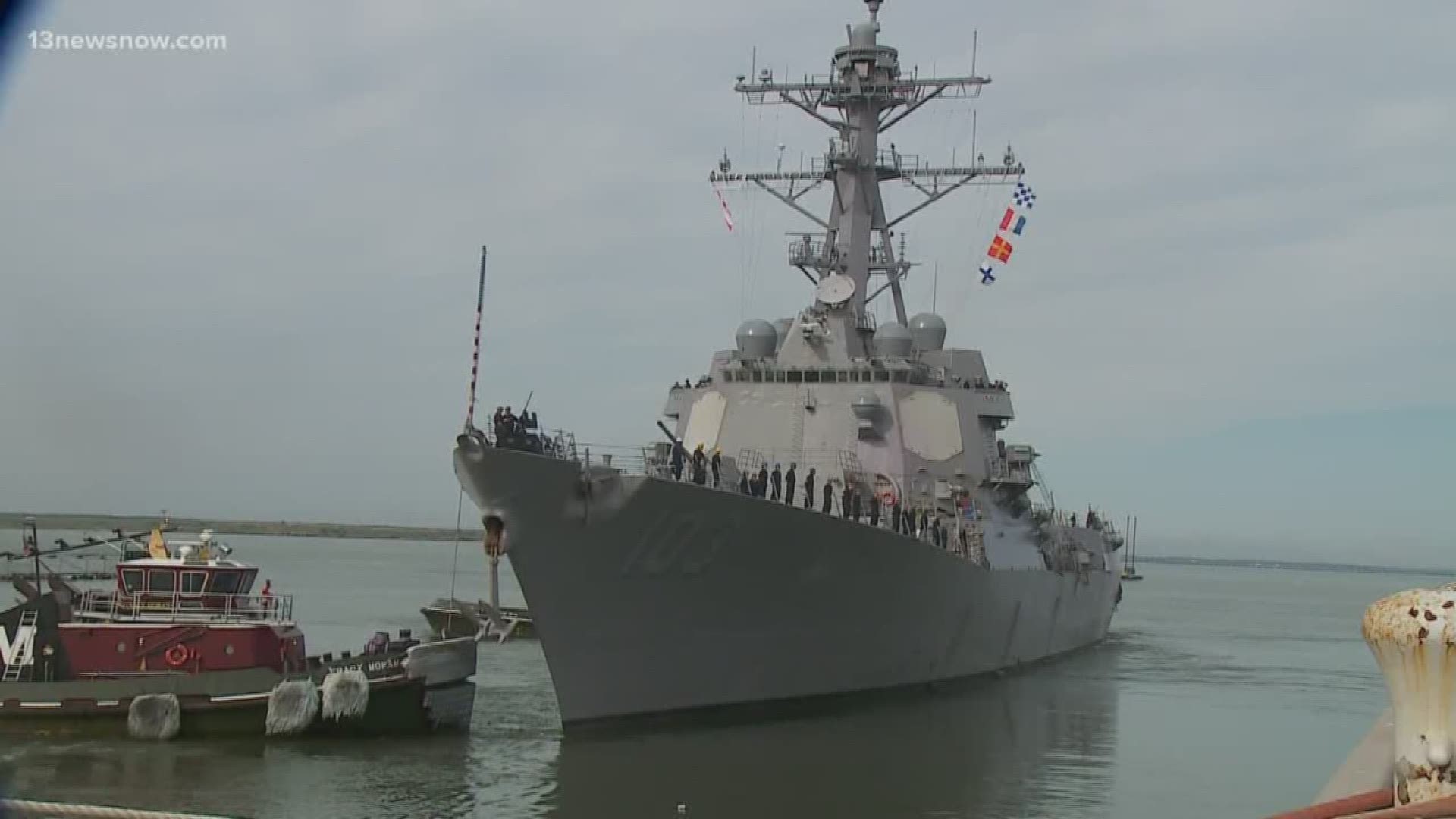 About 15,000 to 20,000 sailors are underway on ships and aircraft from Naval Station Norfolk.

They are traveling to different safe spots, out of Hampton Roads and away from Hurricane Dorian.

Captain Derek Lavan is the 2nd fleet’s Chief of Staff.

He said the first priority is protecting the fleet and the sailors’ families from the impact.

“I think what impressed me every time is how quickly everyone comes together,” said Lavan.

About 130 aircraft and ships in all are departing from Naval Station Norfolk and Joint Expeditionary Base Little Creek.

Lavan said, “they’ll head out to a location where they’ll be ahead of the storm’s path and ahead of the high seas if the storm typically pushes in front of it.”

Any ships staying are doing so because they have various maintenance needs, but they have extra protection in their mooring with storm lines.

Inside the Helicopter Hangers, at Naval Station Norfolk, airmen are preparing for Hurricane Dorian too.

They’ll go to various spots in the Mid-Atlantic and Southeast regions of the country.

All of them will be staying safe and ready to help with recovery services if asked.

“Putting our flyable assets in other places so if that they’re needed, right after the storm they can be utilized,” said Bailey.

The military in Hampton Roads, leaving just before Dorian does any damage.

59 helicopters are staying in Hampton Roads, as the hangers can handle winds more than 100 miles per hour.

The ships will stay out at sea until Hurricane Dorian is no longer a threat.

Some preparations on local installations may include:

Jennifer Hayes with Naval Air Station Oceana said its personnel is busy preparing for the potential impacts of Hurricane Dorian. Sailors are filling sandbags, testing generators and preparing supplies to minimize the potential for damage from the storm.