This year’s equinox will be the earliest since 1896. 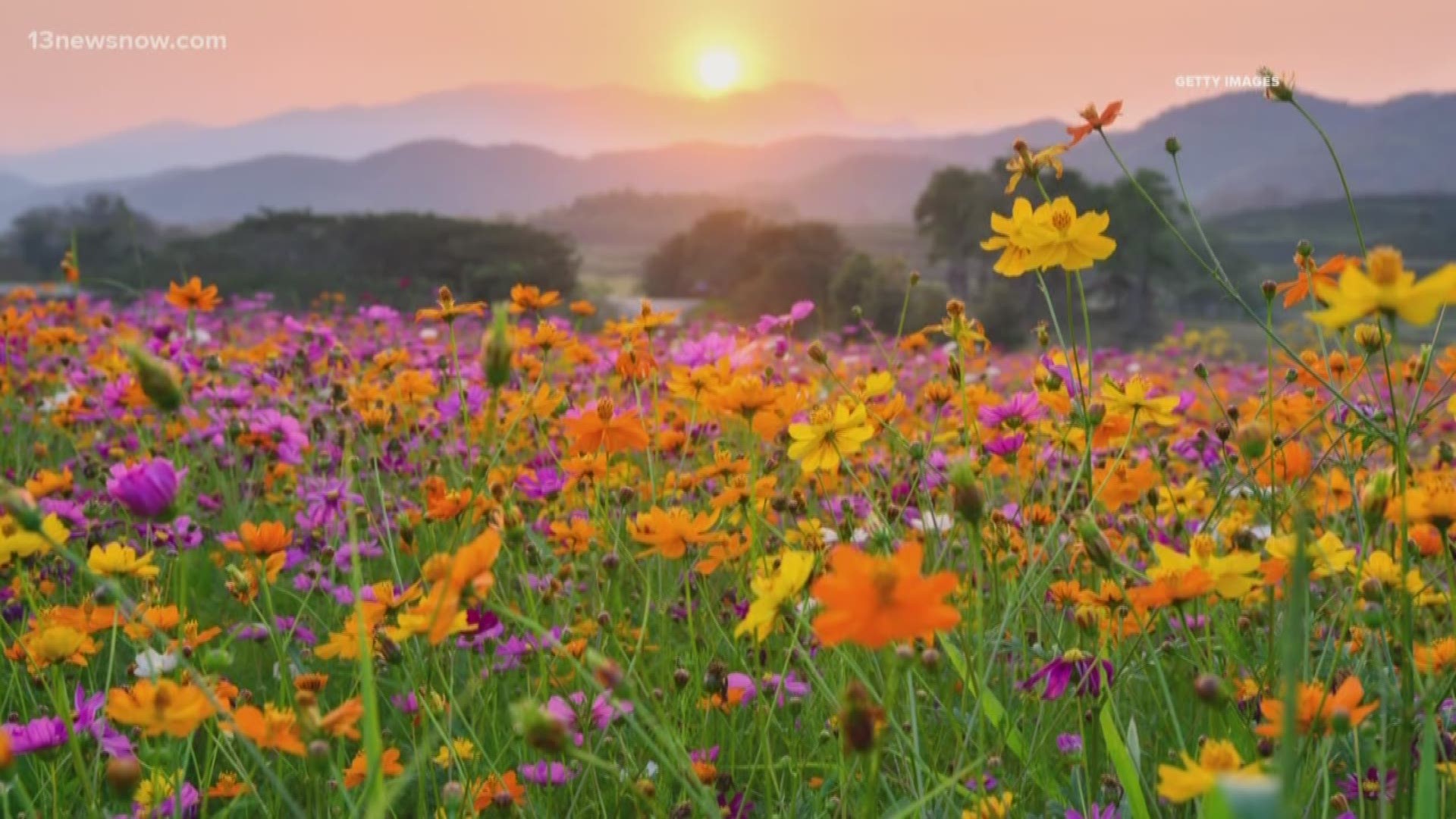 NORFOLK, Va. — We’ve set the clocks forward. We’ve made it through almost one-quarter of the year.

And we’re about to start a new season so it’s that time of year again!

The Spring or Vernal or March equinox happens on either the 19th, 20th or 21st of March each year.

The equinox’s date and time are different every year because the Earth doesn’t take exactly 365 days to orbit the sun. The orbit time is more like 365 and a quarter days-ish.

The actual equinox is the point in time when the sun shines directly over the equator.

This happens again when the fall starts in September in case you miss it in March.

The word “equinox” comes from the Latin meaning equal night but we won’t see equal day and night on the equinox date. This is because of our latitude – those imaginary lines that parallel the equator – that we’ll have equal day and night a few days before the March equinox.

Earth’s atmosphere bends (refracts) sunlight so we see what looks like the upper edge of the sun even though it is below the horizon. That gives us a few more minutes of daylight than we would’ve had without light refraction.

Do you know how daylight has been increasing since the winter solstice back in December?

Fun fact: The rate of daylight growth is actually the greatest right around the equinox. Days continue to grow longer until June but just not as much.

Spring officially starts March 19 just before midnight heading into the 20th (11:50 p.m. EDT). This year’s equinox will be the earliest since 1896.

RELATED: SCIENCE BEHIND: Why do we have Leap Year?