Karen Ann Etulle said she is partnering with a restaurant in Hampton Roads to collect donations for Samaritan House. 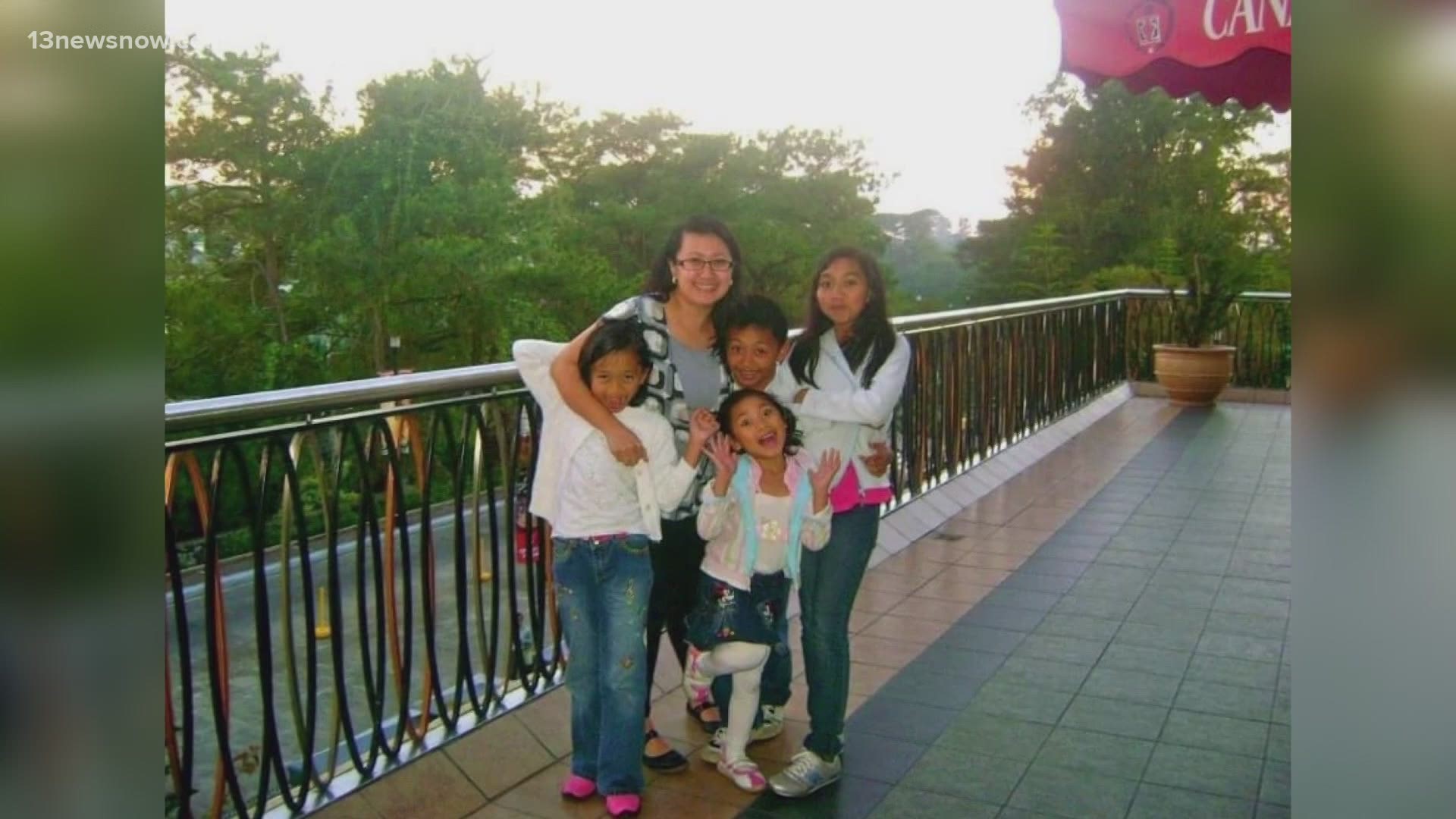 CHESAPEAKE, Va. — The number of emergency calls, requests for shelter and family trafficking cases taken by the Samaritan House have increased since the COVID-19 pandemic, advocates said.

“The American dream has turned into a nightmare," said Karen Ann Etulle, a domestic violence survivor.

Etulle is using her story to help others and support the organization that helped save her life. The Samaritan House supported Etulle, and now she is seeking donations to support its efforts.

Etulle was born in the Philippines, and her start in the United States did not go as planned. Five years ago, she experienced domestic violence.

“I had four children. I was an immigrant in the United States, and I didn’t have a family," she said.  "I didn’t have many friends and I was afraid."

She noticed the danger signs that could have ended her life, and she reached out to a friend who told her about the Samaritan House.

“A lot of people think that if you run away from your abuser that it’s the end of everything," said Etulle. "It’s actually the start of everything because you have to face yourself."

Etulle contacted the organization's hotline with the hope of giving her family a fresh, safe start.

"We were all accepted in a shelter for a few months and then after that, they helped me start over like get my own apartment and find a job," said Etulle.

The Samaritan House Executive Director Robin Gauthier links the COVID-19 pandemic to an increase in calls for help and people seeking shelter.

“Because of the lockdown, a lot of people are exposed to their abusers a lot more than they used to," said Etulle.

The agency has also witnessed an uptick in family trafficking.

“Once the pandemic started and money became tight for many families, familial trafficking has increased," said Gauthier.

Gauthier explained they know this type of human trafficking is happening in Hampton Roads and across the globe.

“We know the trend in Virginia and our region locally. The trend is that it’s increasing because we see the victims that come to us through the Hampton road human trafficking task force. So they report to us on the trends and let us know what’s happening," said Gauthier.

Now, Etulle wants to help others. She set up a donation site for the Samaritan House inside the Inaka Sushi and Hibachi restaurant in Chesapeake.

“We feel that it’s time to give back to them and this is a little way, our own way of giving back to them," said Etulle.

Etulle wants other victims to turn their American dream around, like she did.