Some unemployed workers having success getting benefits through third party help

After months without responses from the VEC, some claimants say politicians, related companies like Id.me and news organizations are the best routes for help. 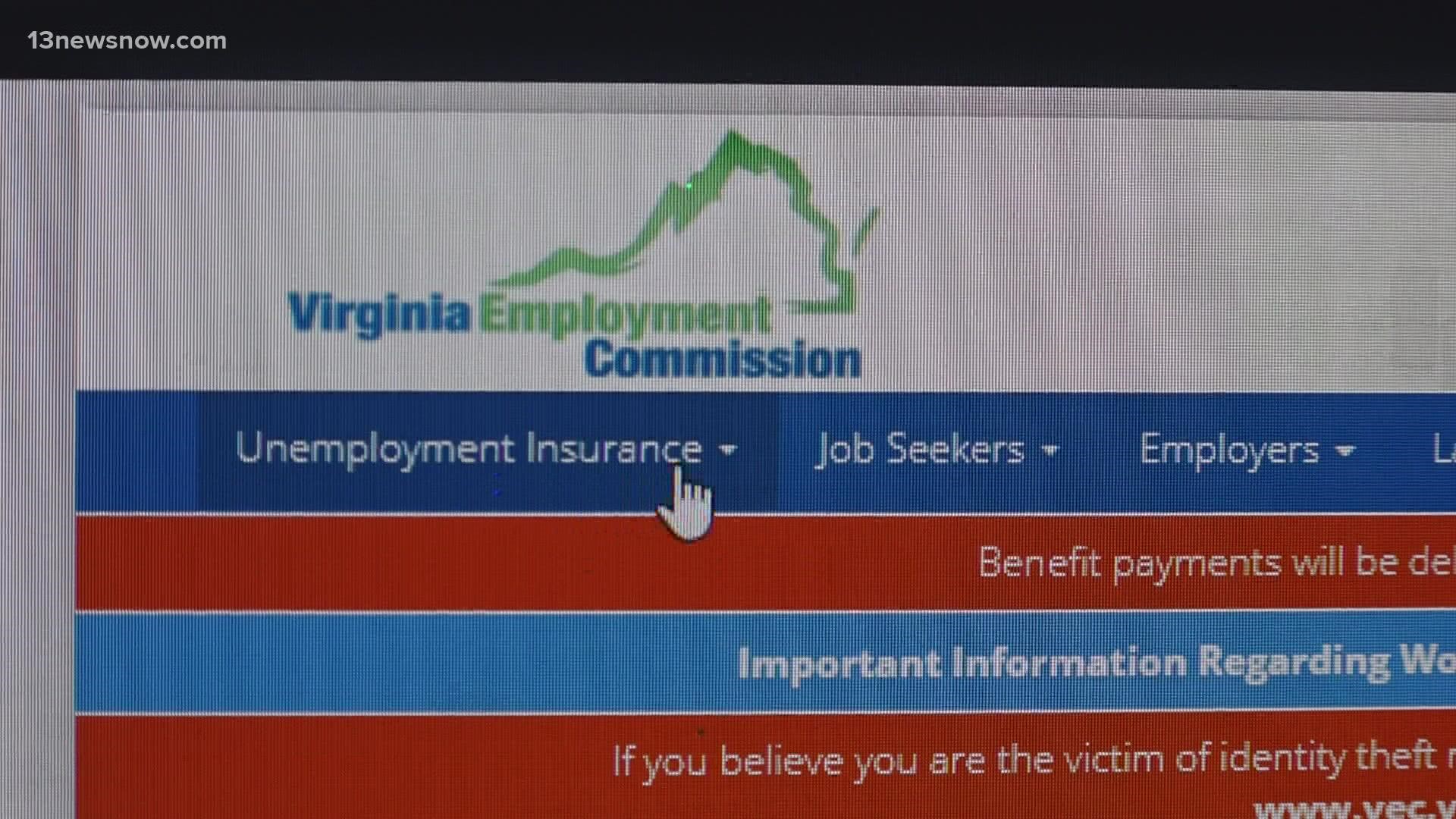 NORFOLK, Va. — While thousands of people wait for the Virginia Employment Commission to review their claims, some unemployed workers are having success asking third parties for help in getting benefits.

Meredith Velasco – a part-time educator in Norfolk – said she applied for unemployment benefits and waited.

"You’re waiting for a call that may or may not come," Meredith Velasco said.

Eventually, after reaching a VEC representative for help, she said the official told her an outstanding issue was cleared up, but her payments never arrived.

"If you tell me on the phone and I speak to someone that the issue is cleared, then what is the hold-up?"

So, Velasco, like many others, asked third parties for help.

This week, she emailed 13News Now and talked with a representative from Democratic Sen. Mark Warner's local office in Hampton Roads, who helped her with some information and passed on her claim.

A day later, she received thousands of dollars in benefits, including weeks of back pay.

“I woke up, checked my account like I always do, and I was like hey - success," she said. “If I had not reached out to another third party like WVEC or the Senator’s office, I may be still waiting. I do believe I would’ve still been waiting."

RELATED: Workers say Virginia's increasingly complicated unemployment system feels designed to force them to give up

Asking others for help is nothing new.

Claimants have used Reddit and Facebook forums since the start of the pandemic to collectively discuss problems with the VEC's system and ask for solutions.

However, some claimants said they feel going around the VEC is the only way to eventually receive payments when a claim is stuck in a backlog of "outstanding issues."

Virginia still ranks last in the country at resolving issues with unemployment claims within three weeks.

This summer, the VEC has added and reinstated requirements for claimants, creating more possibilities that a claim is flagged with a problem.

Velasco said the system feels overcomplicated now and claimants shouldn’t have to use forums, politicians or other sources to get help and payments from the VEC.

After the story aired, the company contacted 13News Now to ask for the claimants' information to help with the process.

Some unemployed workers reported this week that ID.me support helped solve their problems and unlocked their claims - and they received payments after months of waiting. Others are still working on it.