The Virginia Aquarium is seeking financial assistance from Virginia Beach City Council after losing $5.5 million in revenue in early 2020. 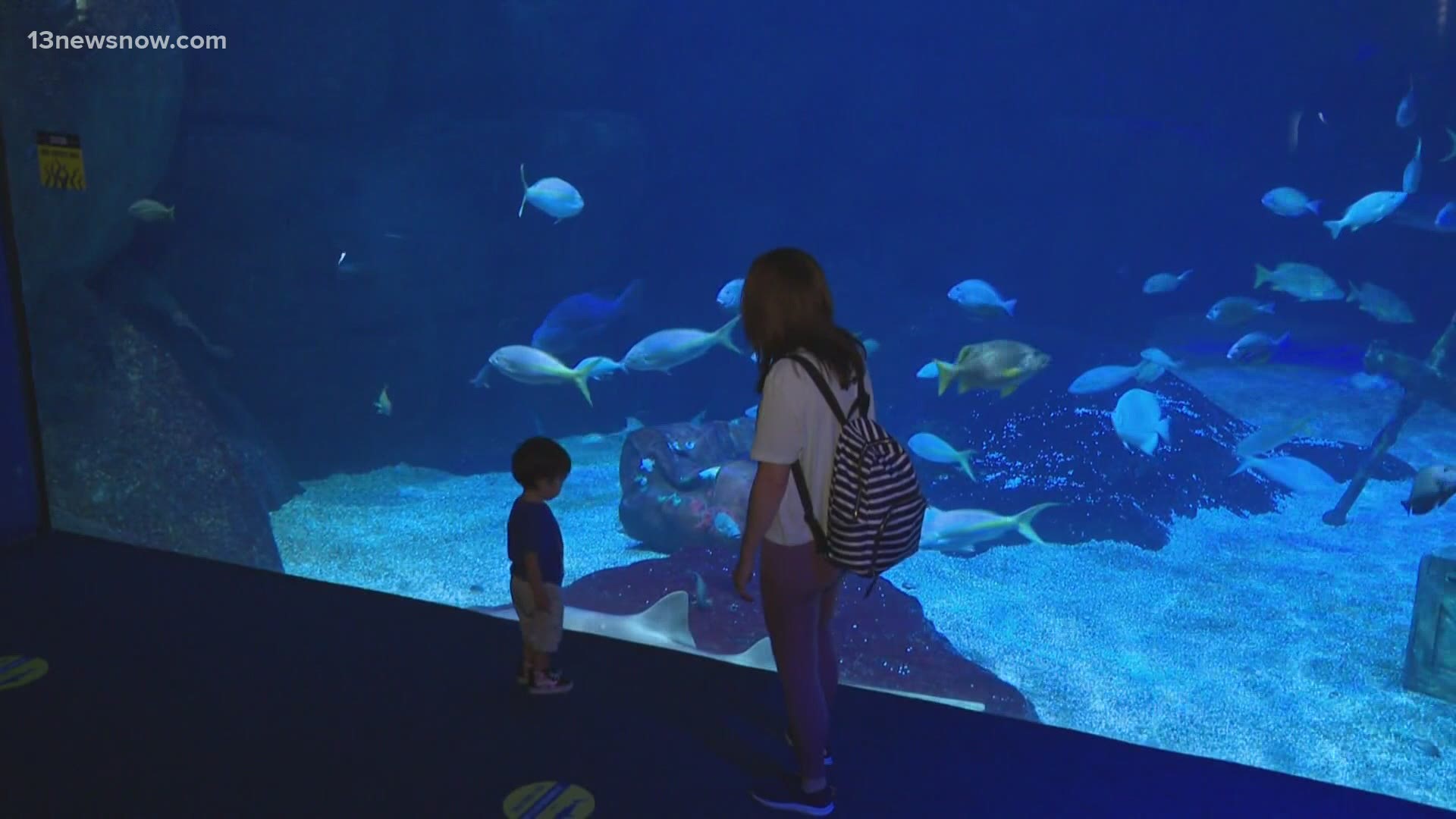 VIRGINIA BEACH, Va. — In addition to the Virginia Aquarium and Science Center seeing a significant drop in revenue for 2020, the director said the food service working with the aquarium recently pulled out of its contract.

That left the aquarium to have to supply its own equipment to feed both the visitors and employees, which officials say will cost them thousands of dollars.

Director of the aquarium, Cynthia Spanoulis, said they had to request almost $335,000 from the Virginia Beach City Council to help pay for the equipment.

"The thing that would help us the most with the city helping us with this food service program, is that we don't have to go spend it on food service equipment," said Spanoulis. "We can continue with our mission for the animals and the exhibits."

Spanoulis said  in addition to paying for the food service equipment, the aquarium also has to worry about several employee salaries with the non-profit foundation.

She said both would be included in the COVID-19 relief fund request.

Meanwhile, Virginia Beach City Council Member, Guy Tower, said considering the financial hardship the pandemic has caused many this past year, the requested amount of money was modest and appropriate.

Tower spoke to 13News Now on the phone saying in part, "I just think we really have to be smart about how we spend our money. The foundation is a big money maker for the city. It's kind of a gem we take for granted, and I just want to make sure they are able to keep doing what they're doing."

Tower said the aquarium has multiple million-dollar projects in the works, and said if they don't approve this funding, it could hurt the projects in progress.

Spanoulis explained the food service portion for the aquarium was already something meant to be paid by the city, since both the aquarium's foundation and the city partner in multiple efforts.

She said it's only fair they help support the food service equipment payment in this funding.

The Virginia Beach City Council expects to vote on the COVID-19 relief funding request by the end of Tuesday.