Investigators believe the victim was an innocent bystander, trying to step in and stop a domestic situation. 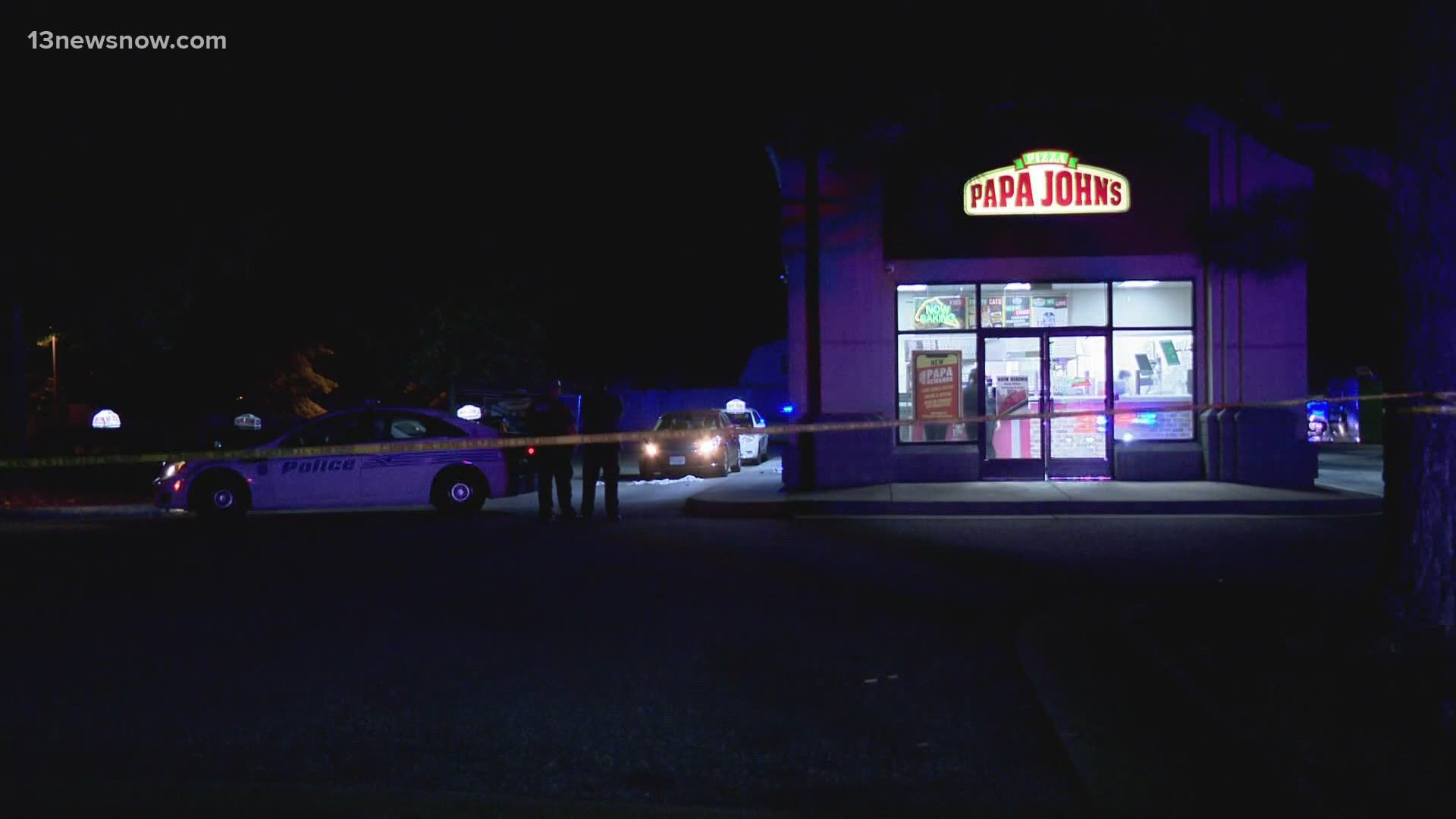 HAMPTON, Va. — Detectives are investigating a homicide after a man was shot in Hampton on July 22.

According to the Hampton Police Division, a 20-year-old man was shot shortly before 7:30 p.m. in the 200 block of East Mercury Boulevard, near a Papa John's.

Deshawn Powell was taken to a local hospital, where he died a short time later.

Officers initially said they thought Powell was specifically targeted by the suspect, but in a July 27 update, said that likely wasn't the case. Officers said he was an innocent bystander.

A spokesperson for the police department said Powell was trying "to intervene in an ongoing domestic issue."

If you have any information that can help police, you're asked to call the Crime Line at 1-888-LOCK-U-UP or submit a tip online at P3Tips.com. You can also contact the Hampton Police Division at 757-727-6111.

We’re on the scene in Hampton where police say a 20-year-old was shot and killed. They say it appears the suspect targeted the victim. Investigators know who they are looking for, but haven’t caught the suspect yet, according to a news release. @13NewsNow #13newsnow pic.twitter.com/ZxN8Zs8deY