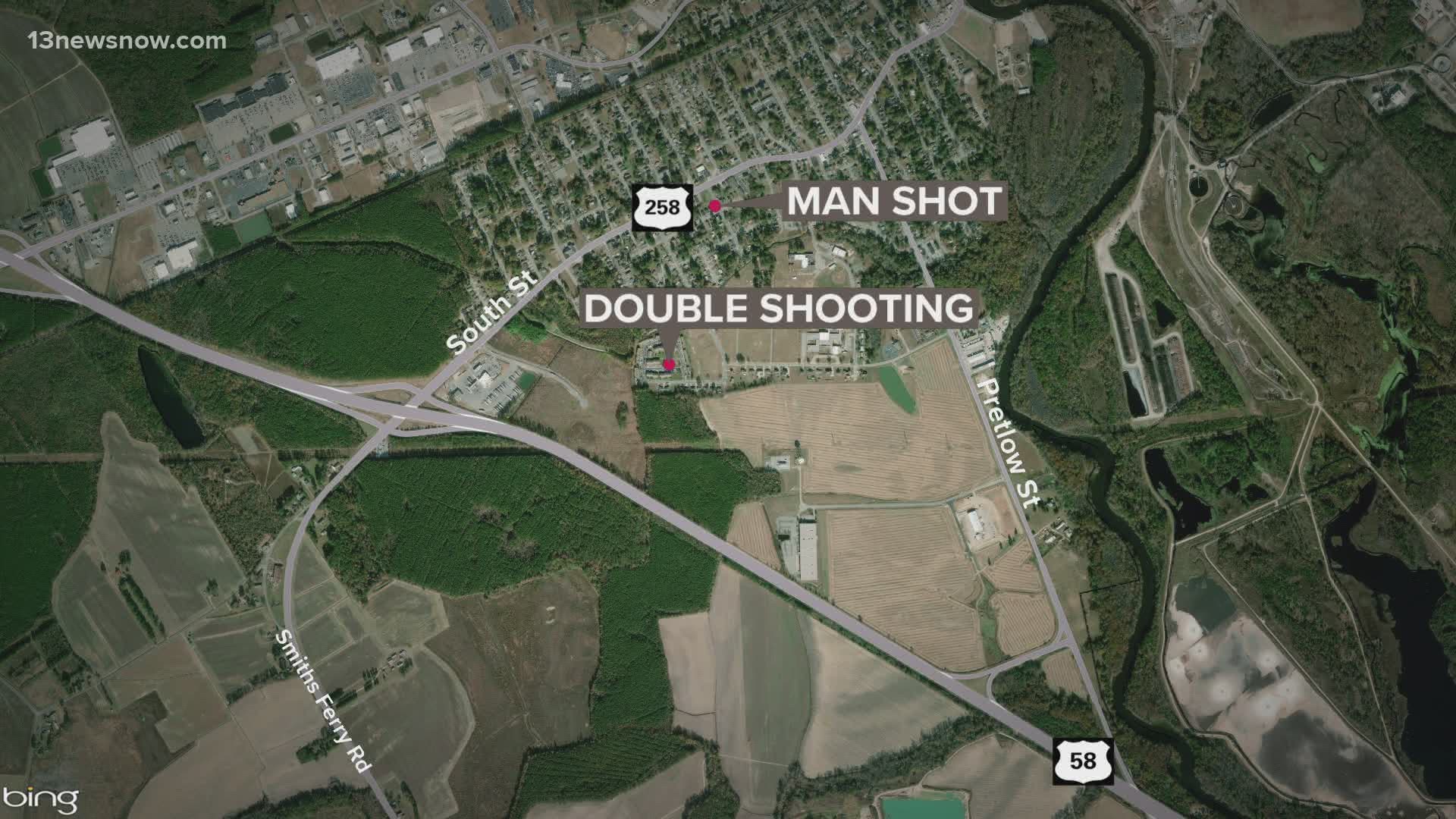 FRANKLIN, Va. — Police in Franklin said they are investigating a pair of shootings that happened hours apart. Two people were hurt. A third person died.

The first shooting happened Wednesday shortly before 7:30 p.m. in the 1300 block of Mariner Street. Officers arrived to find a 22-year-old man who had been injured in an apparent drive-by shooting. He was airlifted to Sentara Norfolk General Hospital. There was no word on his condition Thursday.

Shortly after 12 a.m. Thursday, police were called to a report of shots fired in the 1600 block of Dorchester Street. They found 26-year-old Khadduri Brown suffering from a gunshot wound. He died there.

Police found out a second victim, a 24-year-old man, drove himself to Southampton Memorial Hospital. Investigators said his gunshot wound is not life-threatening.

Both shootings remain under investigation. If you know anything that can help detectives with either shooting, you're asked to call the Franklin Police Department at 757-562-8575 or Franklin Crime Solvers at 757-562-8599. Tipsters could be eligible for a cash reward if their information leads to an arrest, and they remain anonymous.