They're looking for 22-year-old Destin Moore. On Sunday afternoon, 16-year-old Amier Antonio Winn turned himself in to police. Both suspects are from Hampton. 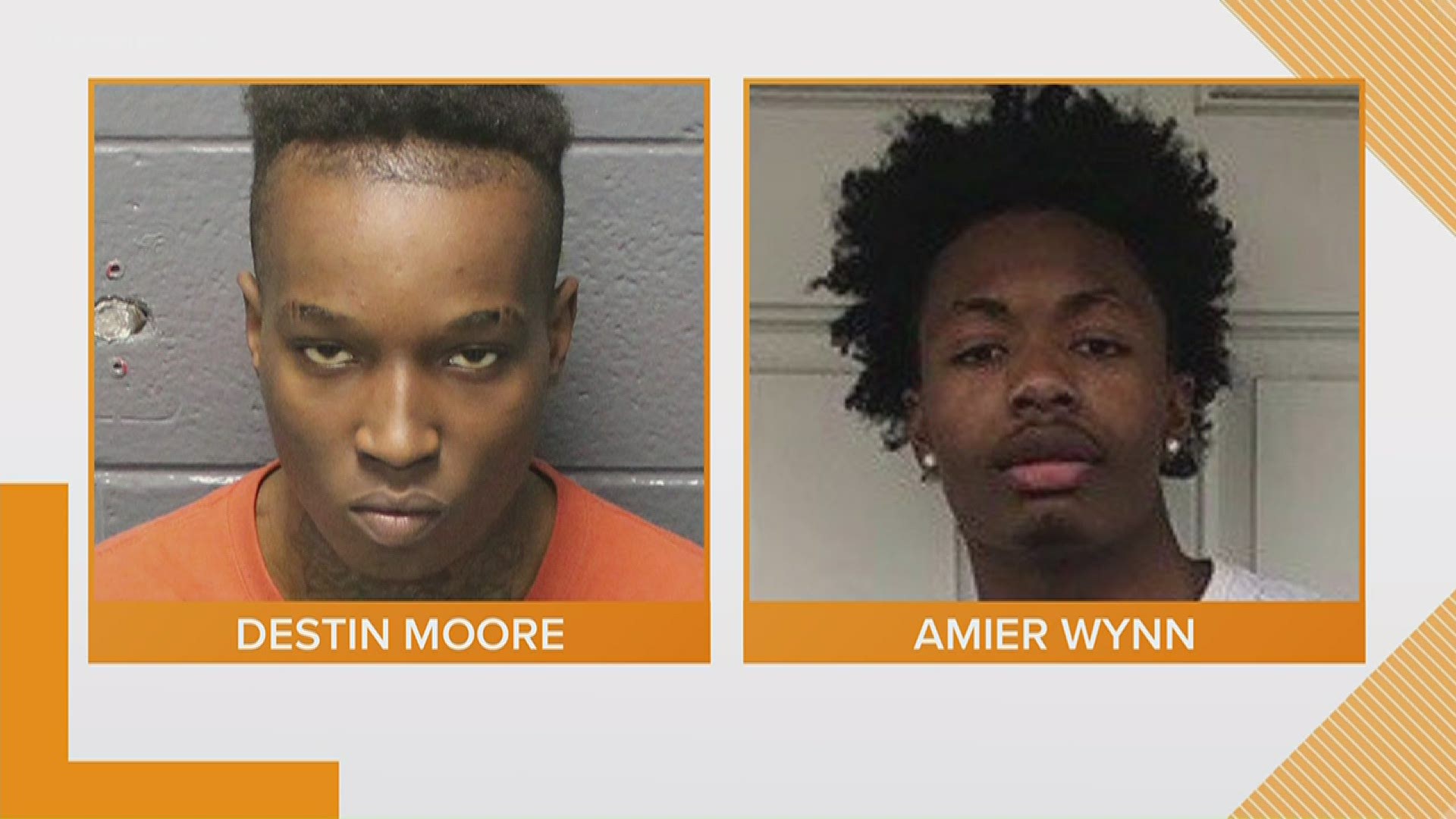 Deputies responded sometime after 1 a.m. to the 7700 block of Colonial Point Lane to reports of gunshots at Colonial Point Apartments. This is off of George Washington Memorial Hwy.

Deputies found a man shot in the middle of the parking lot.

He was pronounced dead at the scene.

The man killed is identified as Hezekiah Fauntleroy Jr., a 20-year-old resident of White Stone, Virginia.

According to information provided by the sheriff's office on Sunday, they're looking for 22-year-old Destin Moore. He's from Hampton.

On Sunday afternoon, Amier Antonio Winn, 16, turned himself in to police. He's also from Hampton, and is being held in a juvenile detention center.

A spokesperson said they should be considered "a public safety threat."

He went on to say: "Typically, law enforcement will not publicly disclose a juvenile offender’s identity.  However, due to the seriousness of the charges and possibility of additional violent acts, the Sheriff’s Office, in consultation with the Commonwealth Attorney’s Office, has chosen to disclose the juvenile’s identity as permitted by the Code of Virginia (16.1-301)."

The Criminal Investigations Division is working the case. The spokesperson said they had no other information about the case that they could release.

RELATED: One man arrested, one at large following murder in Newport News