Police want to track down the people responsible for three different shootings in Portsmouth. One was deadly and two others left two men with serious injuries. 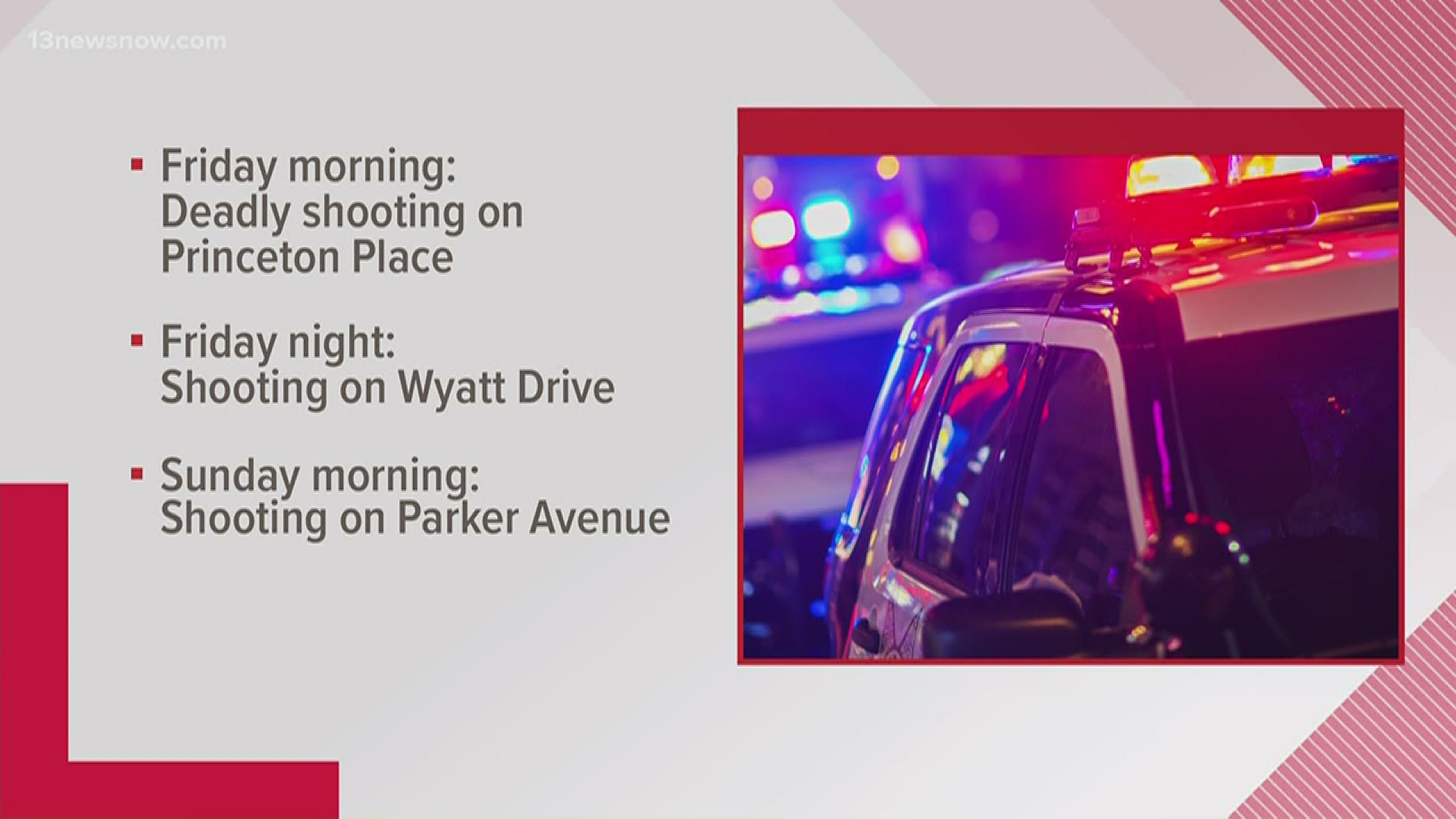 PORTSMOUTH, Va. — Portsmouth police are working to learn what led up to three separate shootings that took place before and during Memorial Day weekend.

The first shooting took place in the early morning hours of Friday, May 22. Officers were sent to the 3700 block of Princeton Place around 2:50 a.m.

They arrived to find 54-year-old Oliver Reid who had been shot in the torso. Medics pronounced him dead at the scene.

The second shooting took place later Friday night on Wyatt Drive. Police say another man sustained serious injuries after being shot in the back.

The third shooting happened very early Sunday morning. Around 12:14 a.m., dispatchers got a call about a man who had been shot in the 1600 block of Parker Avenue.

That man was also sent to the hospital with a gunshot wound to the leg. Police said that his injuries were serious, as well.

RELATED: Man shot in the leg, seriously hurt in shooting overnight in Portsmouth

Investigators haven't made any connection between these shootings, but ask if anyone knows anything about the incidents to call Portsmouth Police or the Crime Line at 1-888-LOCK-U-UP.