Prosecutor begins review of case of pepper-sprayed soldier in Windsor 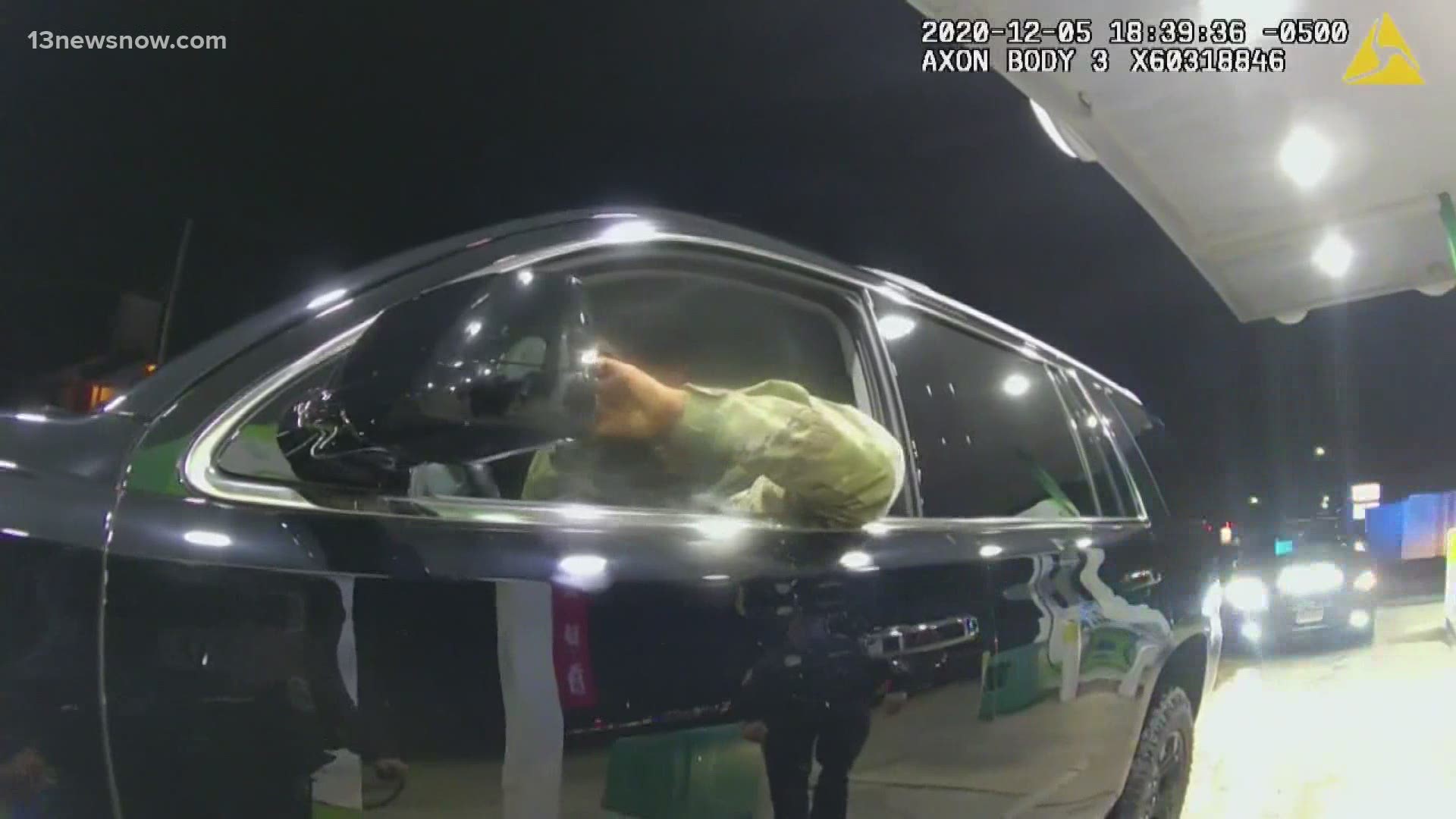 HAMPTON, Va. — The investigation into the Windsor traffic stop is moving forward.

“We were hoping that it was not going to be something long and drawn out, but it was going to be a thorough and fair investigation, ” explained Isle of Wight NAACP leader Brandon Randleman.

A judge appointed a special prosecutor after the Isle of Wight Commonwealth’s Attorney Georgette Philips recused herself.

“We are pleased that the special prosecutor is communicating the process to the community, ” Randleman explained.

Bell will look at all the evidence from the December traffic stop. A big piece is body camera video.

The video shows two Windsor police officers, Joe Gutierrez and Daniel Crocker, stop Nazario. Both officers pointed their guns at Nazario and Gutierrez pepper-sprayed him. Bell will decide if the officers broke the law.

“That’s what special prosecutors do. They decide as to whether charges are warranted at all and if so, what the appropriate charges might be, ” explained 13News Now Legal Analyst Ed Booth.

Booth says there are no time limits on when Bell needs to make a decision.

“With a high profile case, with an intense level of interest in it from local, state, and beyond, I have a feeling that and resources are going to be dedicated to this and it's going to be a priority, but there isn't a timeline where it must be done in a certain period of days. It doesn't operate like that, ” Booth said.

While Bell looks at that evidence, Nazario’s attorney, Jonathan Arthur, said their federal lawsuit against the two police officers is moving through the court system.

He said, “Both men made appearances and they have filed their first round of defensive pleadings, basically saying and asking the court to dismiss the lieutenant's first amendment claims.”

The Windsor Police Chief fired Joe Gutierrez in April after the video surfaced. Crocker remains on the force.

Attorney General Mark Herring requested several documents from the Windsor Police Department. He wants to know if this traffic stop was an isolated incident. The review is still ongoing.