Police Chief Paul Neudigate shared some preliminary details about the shootings at the Oceanfront in which at least eight were shot and two died. 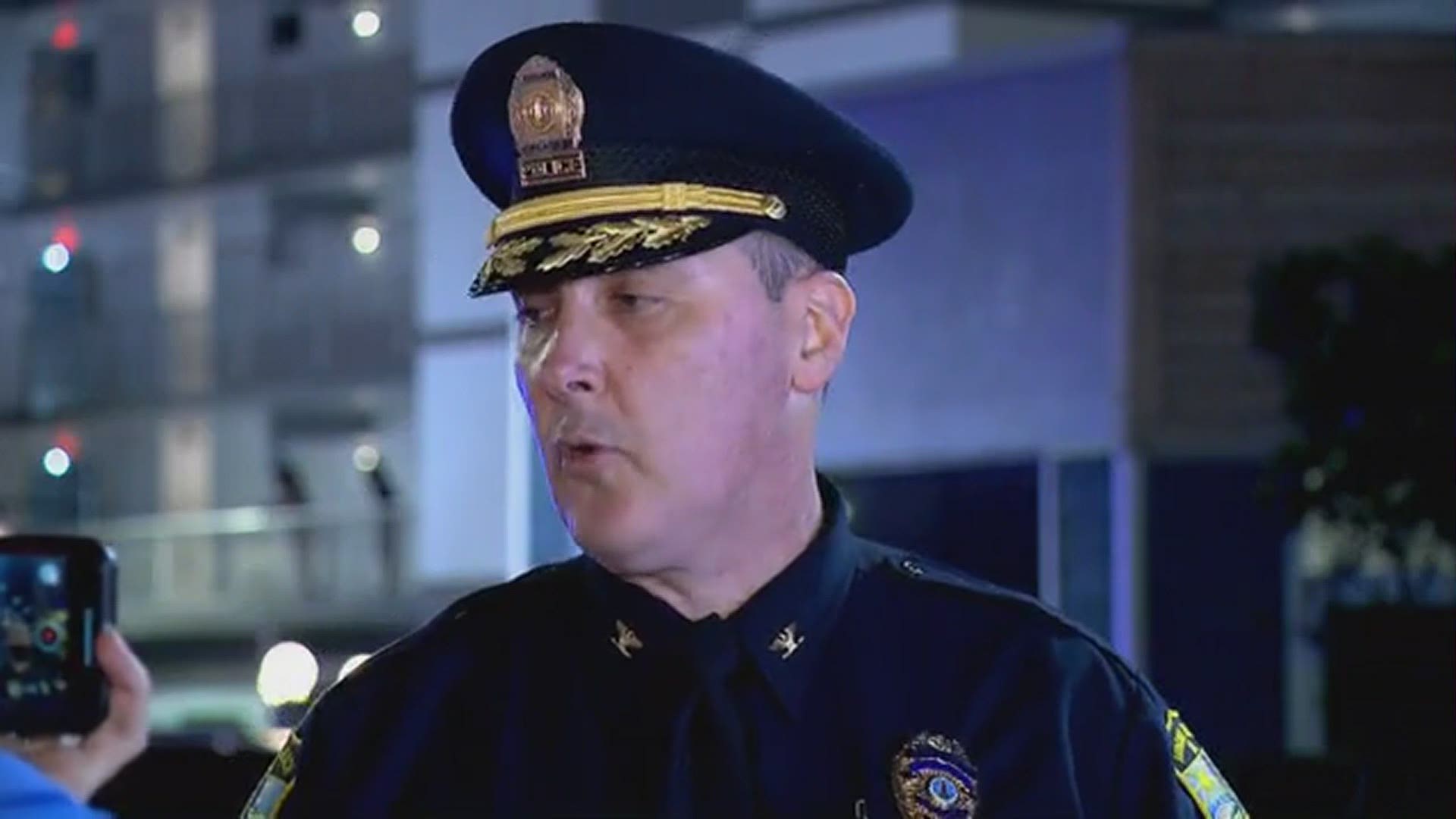 Here's a full transcript of what he had to say:

Paul Neudigate, police chief, Virginia Beach, with me is Fire Chief Hutcheson from VBFD plus my staff.

Approximately 11:00 or shortly after 11 p.m. this night, we had an original crime scene at 20th and Atlantic, at which numerous shots were fired. We had approximately eight victims, give or take, from this location.

While officers were actively working that crime scene, we had additional shots that were fired in the area of 20th and Pacific - that resulted in an individual being confronted by a Virginia Beach Police Officer, resulting in a police-intervention shooting. That individual is deceased.

We also have a second deceased individual that was not part of the police-intervention shooting. We don't believe it was part of the original shooting behind us.

We had an officer that was struck by a car, he has been transported to a hospital, I'm told: non-life-threatening injuries.

We'll be working this all night. Everything we have is preliminary and as soon as we get more information in the morning, we'll share that with the media and the community.

REPORTER: Was that including the officer?

NEUDIGATE: The officer was not shot. We had a police-intervention shooting, an individual was shot by an officer, that individual is deceased. Not counting that individual, we believe we have a total - at this time, preliminarily - of nine additional shooting victims, one of which is also deceased.

REPORTER: So, two people are dead, one shot in the police-involved shooting, one from... ?

NEUDIGATE: A separate shooting incident that we're still trying to piece together. So as you can see, many different crime scenes, a lot of work ahead for us tonight, but we appreciate you coming out and getting the information out to the community. Right now, everything is stable, and we'll be doing our due diligence to find the people involved in this and hold them accountable.

REPORTER: I was told there were several arrests, can you confirm that?

NEUDIGATE: We have several people that were stopped, they're in our custody right now. What their involvement in this incident is, we don't know yet.

REPORTER: Is state police coming in to investigate the officer-involved shooting?

NEUDIGATE: Not at this time. We do have representatives from the Commonwealth Attorney's Office on scene monitoring our investigation, and if we need to change tactics, then we will do so.

REPORTER: The officer that was struck by the vehicle is separate from the officer involved in the shooting?

REPORTER: Is that involving the car down a little ways?

REPORTER: How is the officer that was hit?

NEUDIGATE: Right now, he is transported [to the hospital], but non-life-threatening injuries, some bumps and scrapes.

REPORTER: Were these indoor events, or all outside?

NEUDIGATE: My understanding is everything was outside.